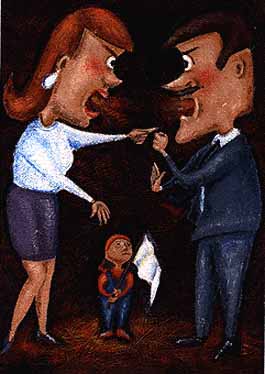 "Divorce Corp." is a documentary that premiered Friday January 10, 2014 in select theaters across the country. It talks about everything wrong with the divorce system in the US in hopes of instituting well needed changes that go along with changing society. It's another "system failure" in our reality.

If you've ever been through a divorce - you know how it taps into negative emotions you never knew you could conjure up. It brings out the worst in everyone - and in today's world sends everyone to therapy if not a brief period of substance abuse.

Why people divorce: they grow apart when their karma is complete, that karma usually involving children, abuse issues, mental illnesses, cheating, financial matters, and the real season is ... they are programmed to as a new destiny awaits.

Things we know about divorce:

There are more victims than winners.

More often than not, the winners are the lawyers.

There are no "happy divorces".

Alimony can destroy the person providing it.

Divorce teaches people a lot about themselves.

The very thought of divorce prevents people from getting married.

I am sure there are more things to add to the list, but those are the key points.

A friend recently told me that changes in legislation are happening, but will take a very long time as the lawyers are blocking them. He believes this documentary will make a difference.