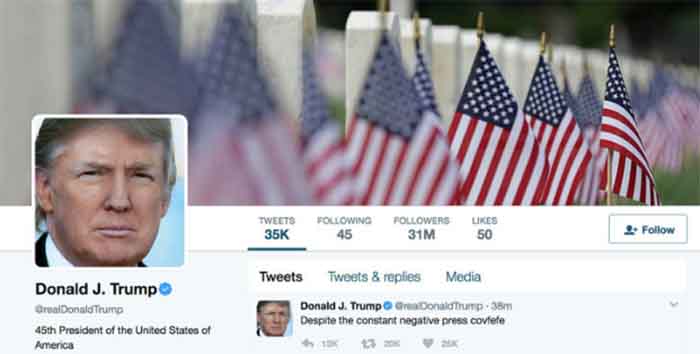 When you went to bed Tuesday night you hadn't heard of Covfefe. No one had. But by early Wednesday, Twitter was abuzz about little else. Why? The word was accidentally invented by President Donald Trump in a tweet just after midnight. Trump posted "Despite the constant negative press covfefe". That tweet was deleted after about six hours.

We've all laughed at autocorrect-typos especially those of us who use dictation. Autocorrect can be humorous and confusing when the message makes no sense ... which takes us to the president. Few things about the way Donald Trump communicates are eloquent and make sense ... seemingly impulsive and often retracted. Take for example last night's faux pas.