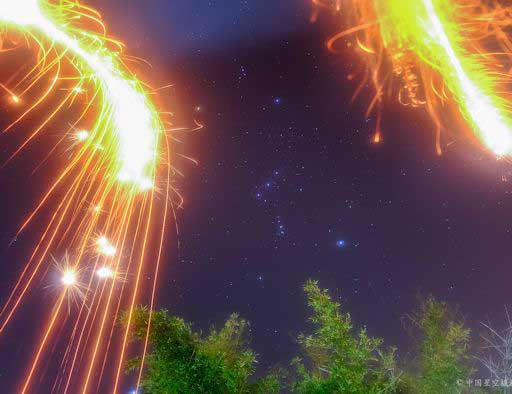 From Spaceweather.com ... The Year of the Rooster is underway. This weekend, more than a billion people celebrated the Chinese New Year. To mark the occasion, the Chinese Astronomy Photographic Alliance took this picture of Orion framed by fireworks ... "When the three Belt stars of Orion shine high in the south after sunset, it's time for the spring festival in China ... the traditional Chinese New Year, starting this weekend!" says Jeff Dai, who forwarded the photo. "The stars of Orion's Belt are regarded as the three gods of fortune, prosperity and longevity by Chinese. It's a lunar new year and so the date is based upon the new moon. This year's festivities kicked off on Jan. 28th and will continue for 15 days, culminating with the Lantern Festival. 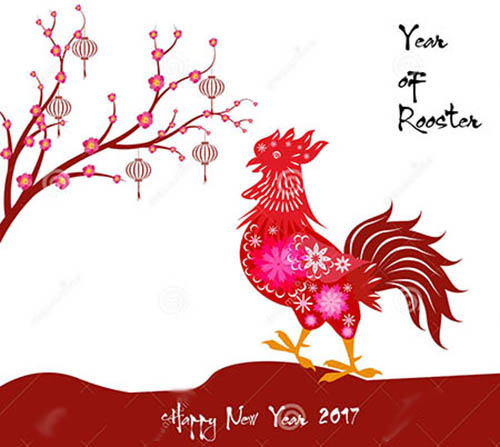 
To all the Crystalinks readers who celebrate ... Happy New Year. 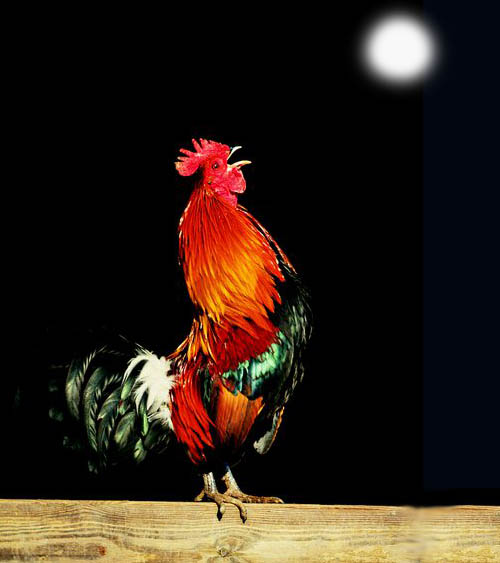 
The rooster awakens you ... through your dreams, meditations, experiences, and
other synchronicities that help you remember who you are and why you are here.

It's time to wake up!