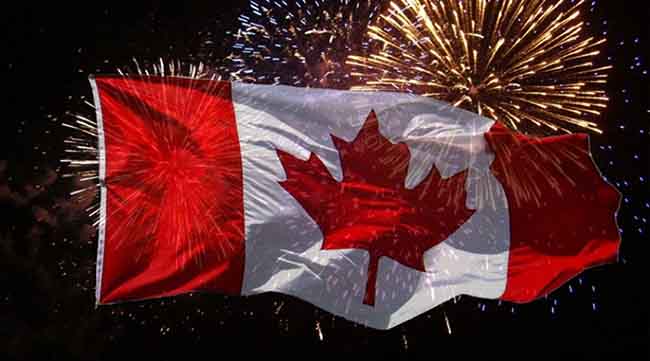 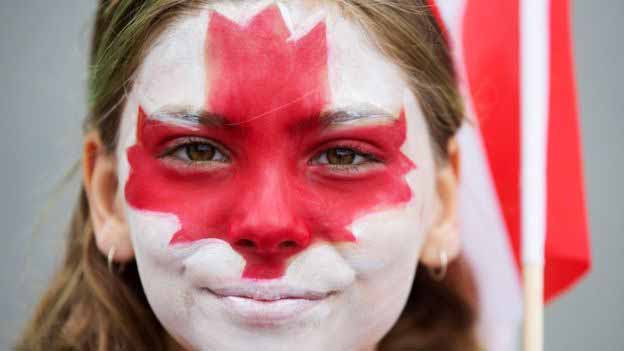 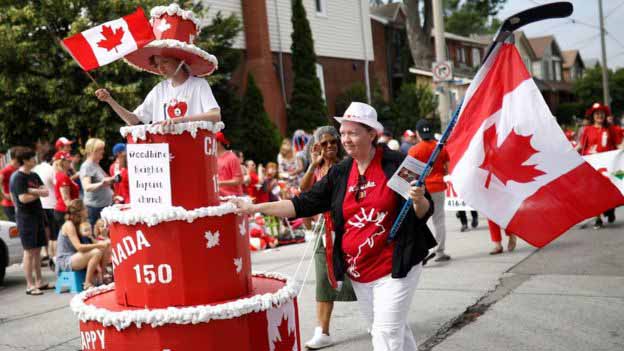 Many people I know moved to Canada through the decades migrating from different parts of the world. The main reason is always freedom and economic opportunity. For others it's about avoiding the draft (military service), reuniting with family members, health care, education, and the list goes on. As Trump emotionally continues on with diversions, and social unrest leads to violence by the mentally unstable, the thought of life in Canada becomes more appealing to many Americans each day.

Canada 150: Huge crowds celebrate nation's anniversary   BBC - July 1, 2017
Revelers, police and some protesters converged on Canada's national capital on Saturday for a party that has been years in the planning. Canada marked its 150th anniversary as a country in towns, cities and at backyard barbecues nationwide. But the biggest bash was at Parliament Hill in Ottawa, where thousands of people joined the celebrations. Large crowds turned out in their droves - albeit huddled under umbrellas, trying to avoid the rain. Some partygoers, like 24-year-old students Morgan Haines, Jon Salamati and Nima Sahebi, got to the hill before the sun had even risen. Their early morning netted them a prime spot right next to the main stage, where they said they planned to stay until after the fireworks at midnight.


Canada 150: What does it mean to be Canadian today?   BBC - June 30, 2017
The Canadian anniversary is gathering attention because Canada is increasingly saluted by some as a champion of liberal democracy. The Canadian Prime Minister Justin Trudeau has become a standard bearer for internationalism in stark contrast to the economic nationalism of Donald Trump. Canada finds itself astride one of the great fault lines of modern politics. Canadians are immensely proud of what has been carved out of wilderness and a harsh climate, but they wear their identity lightly. When asked "What defines a Canadian?", they often answer with symbols: ice hockey, Tim Hortons coffee, wilderness, a canoe and portage, an array of singers - but the list usually comes with an ironic smile. Canadians often define themselves by what they are not: their neighbor to the south.