The Black Sun and Current Events


Once again chaos dominated the grids this week from the Protests in Charlottesville, Virginia and their aftermath to terrorism in Spain days away from the August 21, 2017 Total Solar Eclipse. Protesters in Charlottesville included the alt-right, white supremacists, white nationalists, neo-Confederates, neo-Nazis, and various militias. Some of the marchers carried semi-automatic rifles, swastikas, Confederate battle flags, anti-Muslim, and anti-Semitic banners and "Trump/Pence" signs.

Linked to the Charlottesville conspiracy, among other reasons to let him go, was Trump's firing of his right hand man Steve Bannon the 4th Senior advisor to leave the WH in the past 5 weeks returning to Breitbart News and vowing to 'go to war' for Trump's agenda. (Never a dull moment). Again you stop and wonder who's calling the shots and what is their agenda. Maybe I watch too much science-fi but could there be one or more alien factions plotting to take over the government ... all the while laughing at Trump and his cronies? 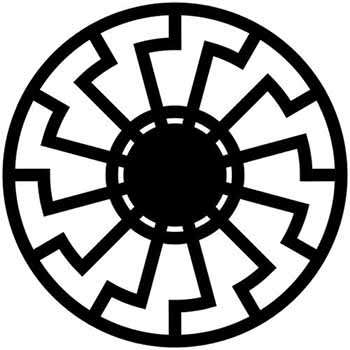 Does this in any way connect with current events?

The term Black Sun (German Schwarze Sonne), also referred to as the Sonnenrad (German for "Sun Wheel"), is a symbol of esoteric and occult significance. Its ancient design is also found on a sun wheel mosaic incorporated into a floor of Wewelsburg Castle during the Nazi era. Today, it may also be used in occult currents of Germanic neopaganism, and in Irminenschaft or Armanenschaft - inspired esotericism - but not necessarily in a racial or neo-Nazi context. Despite its contemporary use, the Black Sun had not been identified with the ornament in Wewelsburg before 1991, although it had been discussed as an esoteric concept in neo-Nazi circles since the 1950s.


The Black Sun in Mesoamerican Mythology 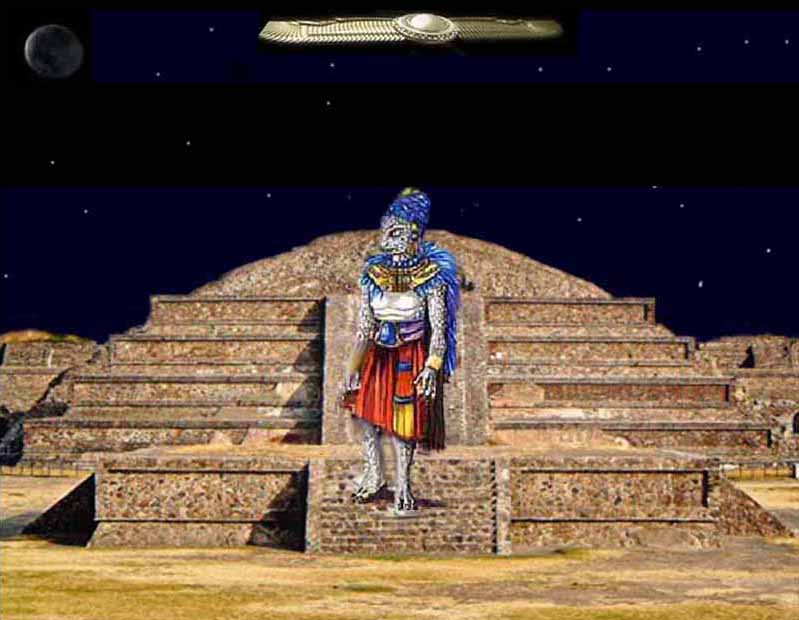 The Black Sun in Mesoamerican Mythology has many mystical meanings, among them it is connected to the god Quetzalcoatl and his penetration in the Underworld through the west door after his diurnal passage on the sky. For the Mexicas there were two suns, the young Day sun and the ancient sun, the Dark sun. Some scholars regard the mythological Black sun as the ancient female origin of all, it is both tomb and womb. This way, it is the oneness that uniformly integrates unawareness, death, and yet an expectation of fecundity. The Aztecs associated the passage of the Black Sun, on its nightly journey through the underworld with the image of a butterfly. The butterfly, in turn, is an archetypical symbol of the transcendent soul, transformation and mystical rebirth, whereas also seen in the figure of the frightening earth goddess Itzpapalotl, the "Obsidian Butterfly", that devoured people during the solar eclipses, while the Aztec underworld was the eternal dwelling place of the souls. According to the Codex Rios, the underworld was made of nine layers. The first level was the Earth's surface, which also had the entrance, or the face of a gigantic toad that devoured the dead and gave access to the other eight lower levels. The souls of the dead occupied the ninth level known as "Mictlan Opochcalocan".


In Mesoamerican Mythology, Quetzalcoatl takes us to The Mayan Calendar Prophecy that the world was going to end on December 21, 2012. This never came to pass, at least as far as we know in this level of reality. Perhaps in a parallel experience everything changed but here we are playing out our roles with an inner knowing that something major is on the horizon.


Quetzalcoatl also played the roles of one or more Anunnaki Gods in Sumerian Mythology. This is linked to conspiracy theories about Nibiru and reptilian aliens returning at some point in our story. Conspiracy theorists are currently predicting that Nibiru will return at the time of the solar eclipse (August 21, 2017) and crash into Earth on September 23, 2017. Based on Zacharia Sitchin's calculations this theory is wrong. Personally I think the story of Nibiru is a myth and that all predictions are wrong. the end comes out of the blue as reality FADES TO BLACK in the illusion of time.

The Black Feathered Sun is a Plains Indian symbol with stylized feathers pointing both inwards and outwards; inward towards the center and outward to the circumference. It combines the symbols of the sun and the eagle and depicts the universe; the center; solar power; radiation of power; and majesty. - An Illustrated Encyclopedia of Traditional Symbols. This image was originally sent to me by a reader of Crystalinks in the beginning, 1995. Seeing it triggered something having do with dark matter or dark energy or antimatter or more to the point the black hole from which the hologram emerges. 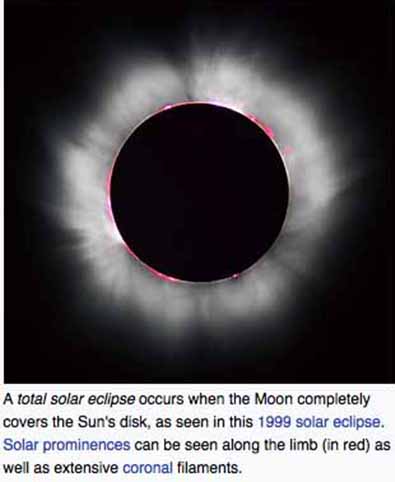