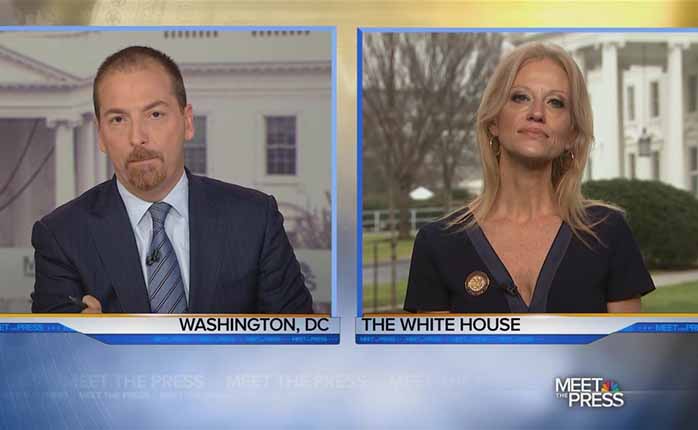 Donald Trump's White House counselor Kellyanne Conway coined a new term this morning when she told Chuck Todd on "Meet the Press" that White House Press secretary Sean Spicer was not lying about the size of the crowd at Trump's inauguration. Instead, Conway claimed, Spicer simply told us "alternative facts."

Our entire reality is based on "alternative facts", misconceptions and diversions. Size matters but so does truth.