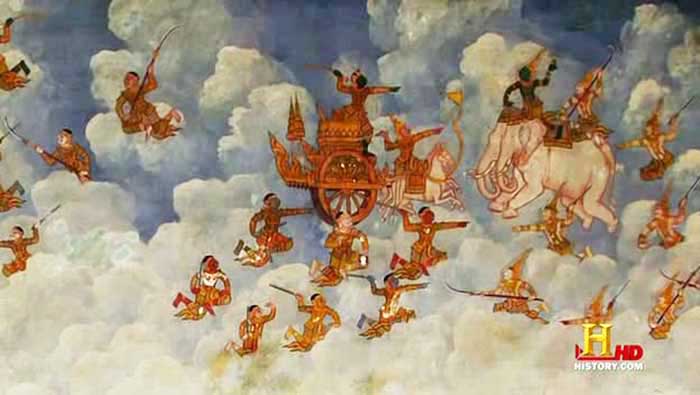 As the White House continues to deteriorate, and Trump seems more irrational than ever, one has to wonder how long his term will continue. Will Trump be forced to resign? Impeached? Those trying to defend and justify his behavior appear to be at their wits end and will either be fired or resign.

There are battles going on behind the scenes by what appears as two factions (duality) - those who put Trump in office and want control on their terms ... versus others with their own agenda that has basically kept us in the dark since the beginning.

Comparing our current algorithm to ancient myths about Gods who came to Earth to create humanity then help it learn and evolve ... versus Gods who want to destroy this biogenetic experiment ... it's all the same. Is that algorithm still in play? It would seem so. Is there still a battle for control of Earth as suggested on the TV series "Ancient Aliens? That would explain a lot and our connection to extraterrestrials. I believe it's all myth as is our experience here created not so much by aliens but by the hologram ... leaving those in this reality subject to its rules. It's about duality in a bipolar reality. (Whoa ... When I dictated the word "bipolar" in the last sentence it auto corrected to "Bible".)

So here we are in what was supposed to be set up as the platform of a democracy back in the 1700s but in the loops of time was always doomed to failure. Can we blame it on George Washington, freemasons, other secret societies going back to the beginning? Is this all part of an original algorithm for the human design which has reinvented itself through the millennia? It would seem that many of the ancient ways still dominate cultures of today causing people to fight for life, liberty, and the pursuit of happiness.

For today ... we continue on in the myth, math, and mystery of it all, our brains focused wherever they align in the current algorithm.