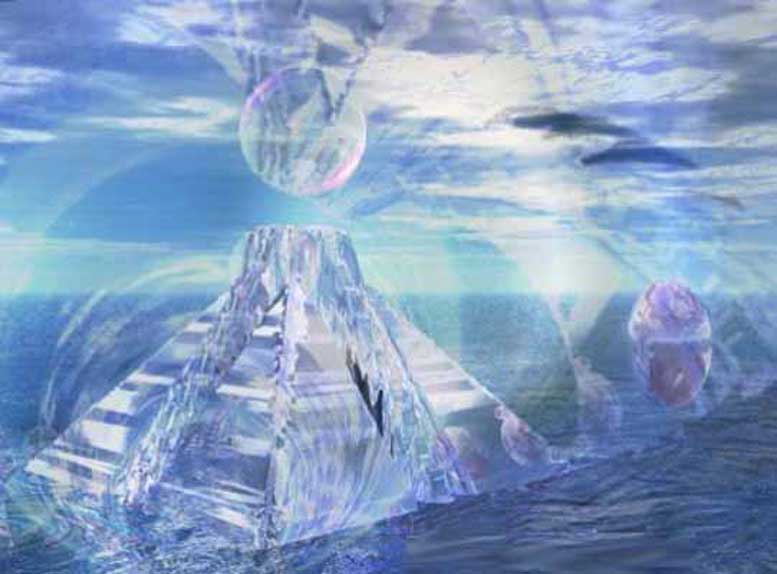 The first pyramid is presently located in the grid over

the area you call Antarctica, which would be considered

a portal to other planetary grid systems.


The soul who oversees this pyramid

goes by the frequency signature, Xerthaneus.


The function of this pyramid is to create and guide experiences

linked to the comings and goings of extraterrestrial entities

who were part of the history of planet Earth.


And there were many entities from these far away worlds

that were once part of the story of your planet, their journeys

encoded within the matrix by Xerthaneus and his two assistants. 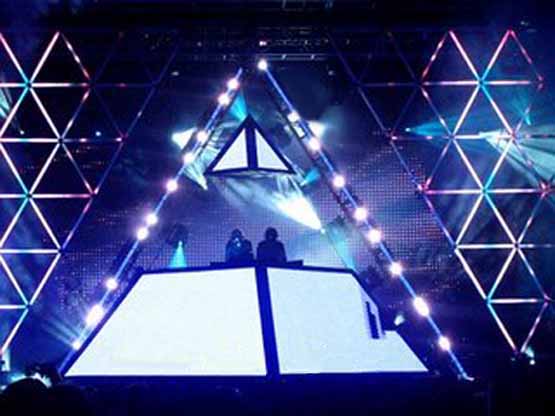 Their souls having experienced through the energy of this pyramid as

those who come from Sirius, Nibiru, Orion, Lyra, the Pleiades, Mars,

Andromedia, Arcturus, Vega, Venus, Jupiter, among others familiar to you.

planet in great spaceships and interacted with those who lived

on the planet, in the water and others below the surface.


And there was created a tale of a great spaceship buried

beneath a giant lion, who serves as a marker.

And similar stone markers were left on every place

created in the heavens which linked to the matrix.


The experiences in other worlds are as real as your soul

experience at this time on planet Earth. Those souls would

carry the memories of these distant worlds often as a

truer reality than that which they came here to embrace.


And when this book is found, the ice shall melt from this place,

revealing starships created by this pyramid, left behind as

reminders of their work and interaction on your planet.

matrix of this total creation and experienced by those

who would come to these creational forces for guidance. 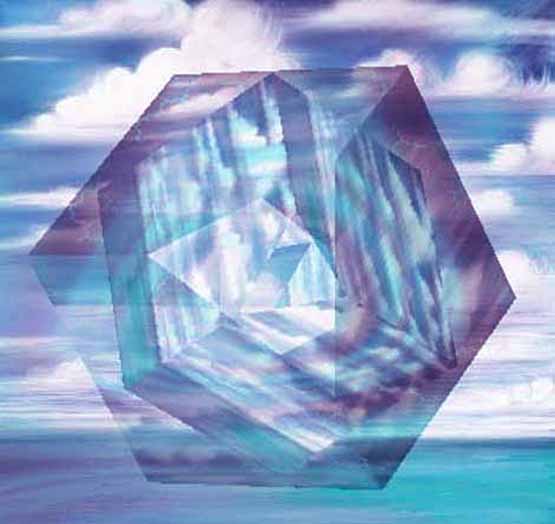 And Xerthaneus shall guide their souls through this geometric matrix so

they may remember and join with other expressions of their creation.


And soulmates shall meet in many worlds and forms.

And they shall join in union, then be thrust apart,

to once again rejoin in other alien forms. 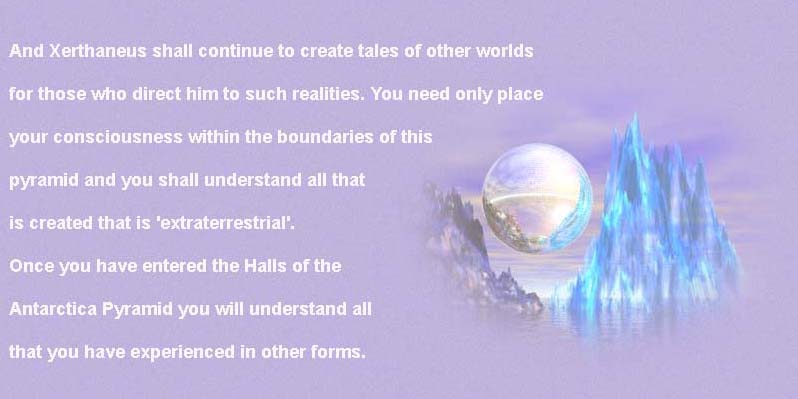