Zealandia also known as the New Zealand continent or Tasmantis is an almost entirely submerged mass of continental crust that subsided after breaking away from Gondwanaland 83-79 million years ago. It has variously been described as a continental fragment, a microcontinent, a submerged continent, and a continent. The name and concept for Zealandia was proposed by Bruce Luyendyk in 1995.

The land mass may have been completely submerged by about 23 million years ago, and most of it (93%) remains submerged beneath the Pacific Ocean. With a total area of 4,920,000 km2 (1,900,000 sq mi), it is the world's largest current microcontinent, more than twice the size of the next-largest microcontinent and more than half the size of the Australian continent. As such, and due to other geological considerations, such as crustal thickness and density, it is arguably a continent in its own right. This was the argument which made news in 2017, when geologists from New Zealand, New Caledonia, and Australia concluded that Zealandia fulfills all the requirements to be considered a continent, rather than a microcontinent or continental fragment. New Zealand geologist Nick Mortimer has commented that "if it wasn't for the ocean" it would have been recognized as such long ago.

But before most of Zealandia disappeared - about 60 million years ago - ancient penguins walked upon the 2-million-square-mile continent (5.18 million square kilometres). In fact, a recent discovery has led scientists to conclude that all modern-day penguins likely descended from Zealandia's ancient birds. The newly identified fossils of an extinct penguin species offer a crucial, previously missing link between ancient and modern penguins. Last month, researchers announced that they'd found a set of well-preserved 3-million-year-old fossils, including a skull and a wing bone, on New Zealand's North Island. They identified the bones as belonging to a previously unknown species of crested penguin, which they named Eudyptes atatu. 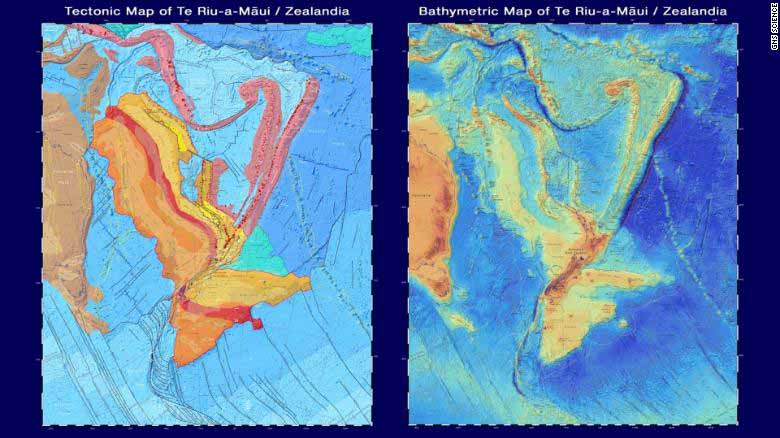 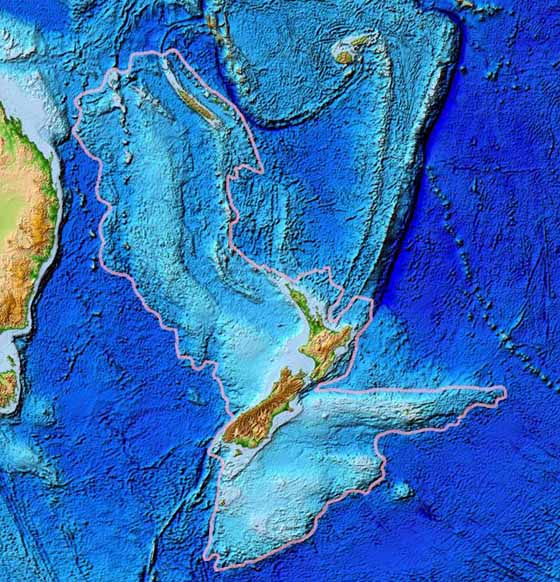 The hidden undersea continent of Zealandia underwent an upheaval at the time of the birth of the Pacific Ring of Fire. Zealandia is a chunk of continental crust next door to Australia. It's almost entirely beneath the ocean, with the exception of a few protrusions, like New Zealand and New Caledonia. But despite its undersea status, Zealandia is not made of magnesium- and iron-rich oceanic crust. Instead, it is composed of less-dense continental crust. The existence of this odd geology has been known since the 1970s, but only more recently has Zealandia been more closely explored. In 2017, geoscientists reported in the journal GSA Today that Zealandia qualifies as a continent in its own right, thanks to its structure and its clear separation from the Australian continent. 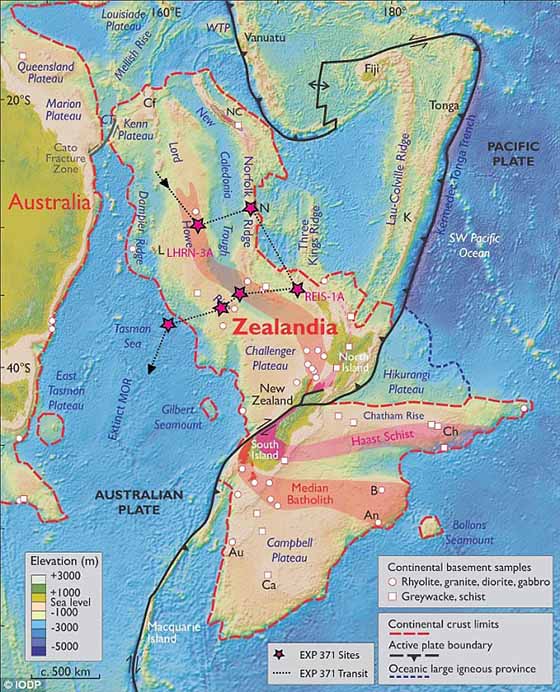 Drilling of Zealandia suggests it was closer to land level than thought, and acted as a bridge for animals 80 million years ago. An international team of scientists found fossilized remains and evidence of large-scale tectonic plate shifts as part of one of the first extensive surveys of the region. The discovery of microscopic shells of organisms that lived in warm shallow seas, and spores and pollen from land plants, reveal that the geography and climate of Zealandia was dramatically different in the past.