Is Yoga Safe For Babies? 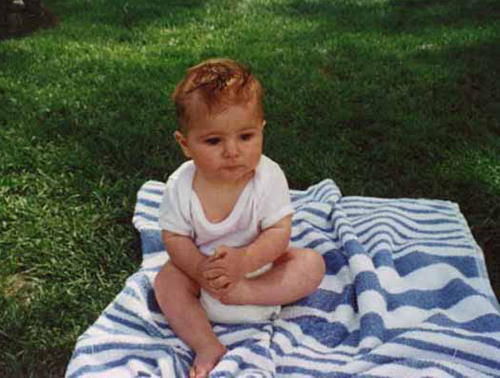 My grandson Vanni doing Yoga at 7 months and loving it 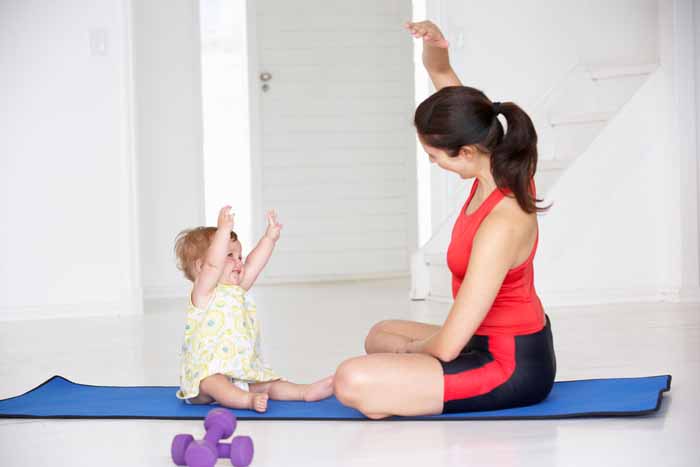 They may not be able to walk or talk, but they have no problem arching their bodies into the downward dog pose. Yes, toddlers and babies are doing yoga - studios now offer classes for kids as young as 6 weeks old.

Yoga advocates say the classes can help parents and infants bond, and promote development of motor skills. And just as yoga helps adults become more aware of their bodies, yoga can help parents become attuned to their babies wants and needs, said Helen Garabedian, founder of the Itsy Bitsy Yoga, a yoga studio for babies and kids, and author of books by the same name. Doctors say yoga, like any movement, can be beneficial for babies, but parents need to take precautions to do it safely.

Garabedian started her yoga practice for babies, toddlers and kids in 1999, as a way to share yoga with her own children and bring like-minded parents together.

One pose called "baby planet" involves a parent lifting a baby's arms to her side (first the right, then the left) as the baby lies on her back, and then bringing her arms to her chest. A pose called corkscrew, which Garabedian says aids digestion, involves placing the baby on his back and slowly rotating his thighs with your forefingers.

Toddlers can try the "down dog" - in which the hands and feet remain on the floor while the hips are elevated. There is also the "up dog," in which the child lies down on her belly, then lifts her head and chest by extending her arms out straight, and resting on her palms.

Garabedian said that in some ways, the poses of yoga come more naturally to babies than to adults. "When the yoga mastersÉwere creating yoga poses, I think they really watched an infant's body move," Garabedian said.

But is yoga good for babies' health?

Movement guided by the parents stimulates muscle and nerve development, said Dr. Eric Small, clinical assistant professor of pediatrics at Mt. Sinai School of Medicine in New York City. However, "it's not specific to yoga, it's any movement," Small said.

"Having a child spend time on its tummy will improve upper body and neck strength," said Dr. Teri McCambridge, division director of sports medicine at Cincinnati Children's Hospital Medical Center. "So, the fact that parents are taking time out of their day to put their baby in different positions, will over time increase strength and development," McCambridge said.

But there is little to no research on whether yoga provides other benefits for kids that some claim, such as helping kids sleep or relieving symptoms of irritable bowel syndrome. A 2009 review of studies on yoga for children concluded most work in this area was low in quality, and solid conclusions about the benefits could not be drawn.

And although exercise is known to improve immune system function, the level infants get from yoga will not be enough to change a baby's immunity, McCambridge said.

However, recent research has shown many of the benefits of massage also apply to yoga, even in kids, said Tiffany Field, research professor of pediatrics at the University of Miami School of Medicine. "Yoga is a form of self-message," Field said. Stimulating pressure receptors on the skin slows down the production of stress hormones, such as cortisol, Field said. Although research needs to confirm this, Field suspects a similar process occurs in infants who are massaged by their parents during yoga.

Care should be taken when performing yoga with infants. In general, the younger the baby, the smaller and slower the movements will be, Garabedian said. She has parents sing words to the movements to make sure they do not go too fast.

Babies do not have adequate control of their heads until about age 6 months, and "soft spots" are present on the skull, McCambridge said. Because of this, parents should make sure their infant's head is supported during the activity, she said.

About 5 percent of babies have hypermobile joints or tight joints, and overstretching is a risk for these children, Small said. Muscle and joint injuries can happen if the activity is done too rigorously, Small said. Infants' limbs should not be placed in extreme extensions, and the activity should be performed for only 15 to 20 minutes at a time, Small said.

In Garabedian's experience, many parents in the baby yoga classes continue to do yoga with their children for years. Garabedian said she heard from one mother who admitted she still does the baby planet pose with her now tween child.