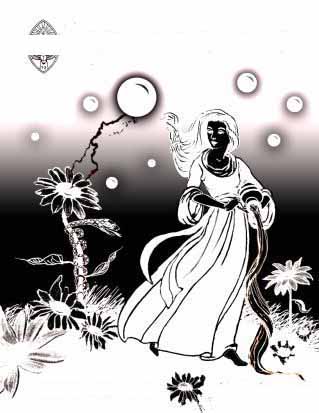 The black pearl now shown brightly as a white ball of light.

As Tenskwatawa stood there gazing upon the pearl, a white horse strode up. 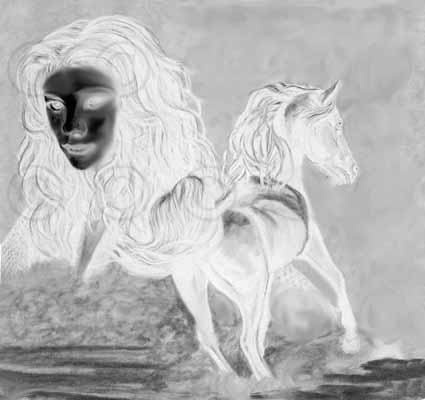 "Hello," she said. "My name is Princess Tenskwatawa. Can you tell me where I am?"

"Hello, Princess Tenskwatawa. My name is White Stallion. You are in the land of anti-matter where black is white and white is black," he replied politely.

"I am afraid that I do not understand," she said staring in amazement.

"If you climb upon my back, I will show you the land of anti-matter and explain," he said.

"I would love to see your land, but I have no time."

"Now I am more confused. All I know is, I must return to my kingdom and save my people from an evil sorcerer who is about to destroy them."

"I will help you. But first you must ride with me to understand the nature of matter and anti-matter."

Tenskwatawa was confused, but knew in her heart that she had been shown this place for a reason.

"Then so shall it be," she agreed.

Tenskwatawa put the white pearl in her pocket. 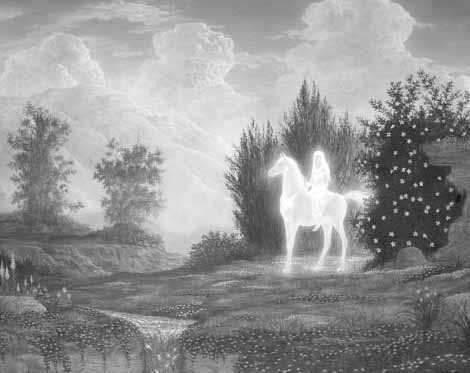 She climbed upon White Stallion's back as they began their journey in anti-matter and the spaces between.

The land was filled with wonderous things all in reverse of what Tenskwatawa knew as her reality, yet all real in this timeless place. 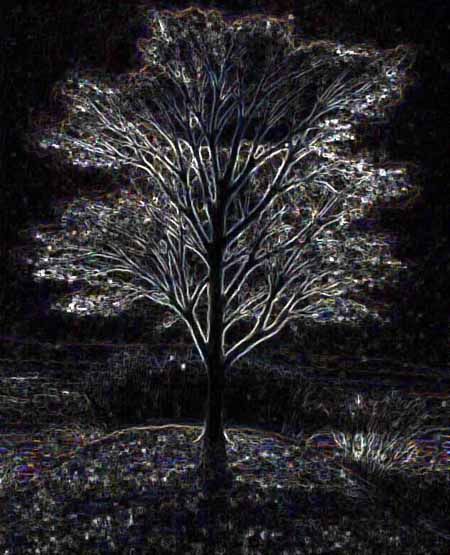 "Why is it that everything appears to be in reverse?" she asked.

"Why was I not able to see into this realm before now?"

"When one is in the place of matter, the light of anti-matter appears as a void. You call it dark matter as it appears to have no light. Therefore it cannot be seen. The light merely bends in a direction that you are unable to perceive in matter."

"I think I am beginning to understand. It is all about light frequencies and their movement through space."

"Are those who exist in anti-matter aware of those in matter?"

"No. They too do not have the ability to see the light of your realm, yet both realms are experiencing side by side."

'The land of anit-matter seems to be composed of chaos," she said.

"Both worlds are out of balance and easily manipulated by the powers of the sorcerer. Before he came to your realm, he created chaos in this one. Through the chaos he found a way to bend light so he could move into your realm and control them both. Once there, something went wrong and his powers were altered. He became trapped in matter, unable to find his way back. He brought you the geometry so that you could teach him the nature of your reality, after which he would recreate it so he could rule both realms."

"How can I stop someone with the ability to manipulate energies in tis way?"

"You must must return to your realm, and use your light to alter that of the sorcerer, by bending it." 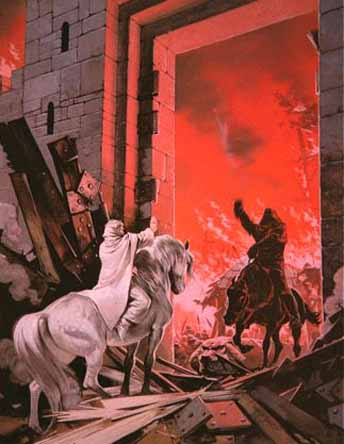 They came to a opening that appeared as a mirror through
which Tenskwatawa saw herself reflected in the realm of matter.

"What is this place?" she asked.

"This is the only place in the universe where one can view all realms, matter and anti-matter. It is the Way Station in which souls move between realities."

"Then why I have never heard of it?"

"In the world of matter, one does not remember this place. One believes that the physical realm is the only reality. You must return there now and teach the others how to bend their light so they can move in and out and go beyond the limitations of matter."

"I am not sure I know how to bend light in such a manner."

"I will come with you through the Way Station and show you."

Tenskwatawa looked into the land of matter. There she saw the evil sorcerer destroying her kingdom and its people.

"We must stop him at once!" she shouted.

She removed the white pearl from her pocket and held it in her hand as they moved through the magic mirror.

The sorcerer saw Tenskwatawa reappear in the realm of matter.

White Stallion was gone. She would have to face her fears and be victorious.