Is there anything worse than a whining child? 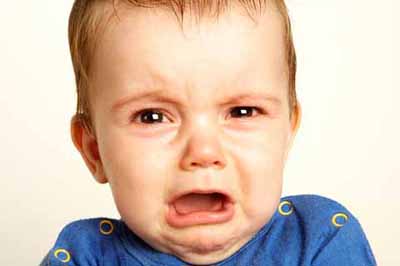 If we wanted to make a list of the things children do that irritate their parents, we'd find whining near the top! It's a behavior that every child tries sooner or later. Some children fall into whining and canšt seem to climb back out. By the time a parent decides to search for advice about handling whining, they are usually at the breaking point.

Any parent who has ever had to deal with a whining child knows how crazy it can make you. I have found that whining children are often tired and need a nap or to go to sleep for the night. That kind of whining should be outgrown by age 5. 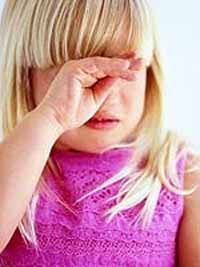 If whining continues past that age there is a problem parent and chid must address as now it is learned behavior - the child's whining is done to get the attention or something from the parent. A child above age 5 will know that they are whining and that it is unacceptable at their age. Address what is bother them and move on.

They may not be able to understand and/or express what is wrong, so understanding this type of behavior is important. Some experts say that whining tends to peak in a child's development when they feeling out of control and overwhelmed - emotions that pretty much sum up toddlerhood. They lacks the vocabulary to articulate her frustrations, and that whimpering is the natural default noise.

If you say NO and they continue to whine, new rules must be set down. It takes time to break the pattern but it can be done.

On another note ... what about whinny, nagging adults. They are just as bad as whining children and most likely have carried the pattern over from childhood. They are needy and annoying and eventually lose friends.

What's up with the sound of whining?


If you've ever thought that listening to your child whine was worse than having a buzz saw cut wood inside your house, it turns out you were right.

A new study has found that the power of whining to distract people while doing simple math was even greater than other noises that people typically find annoying. It didnšt matter whether someone was a parent or not.

Still, this could explain why packing a lunch while your children caterwaul over whose magic marker can touch a particular piece of paper makes your head want to explode.

"Youšre basically doing less work and doing it worse when youšre listening to the whines," said study co-author Rosemarie Sokol Chang, a professor of psychology at SUNY New Paltz. "It doesnšt matter if youšre a man or a woman, everybodyšs equally distracted."

To ensure that people werenšt distracted by the words themselves, they used foreign language for the speech samples in the study, which was published in the Journal of Social, Evolutionary, and Cultural Psychology.

In raw numbers, people made more mistakes per math problems completed when listening to the whines than any of the other speech patterns or noises (though the only statistically significant differences were between whining, the table saw and motherese). And people completed fewer subtraction problems when listening to the whining, crying and baby talk than when it was completely quiet.

This comes as no surprise to Eileen Wolter, who is raising a 6-year-old and nearly 3-year-old in Summit, N.J. "My older son has this whole 'no fair, no fair' mantra that drives me insane, and the younger one, the minute you say įnoš to him over anything, he just gets crestfallen and then there are tears. There is a lot of whining," she said. Lately, shešs made a concerted effort to stop being so bothered by it, to simply lay out the rules and remain above the fray. But, as a mom, she has an almost physical reaction to the noise, even if itšs just a minor argument over sharing a toy or who gets read a bedtime book first.

"Itšs just really truly amazing that thatšs their first instinct. Itšs the first place they go. And therešs no differentiation in the scope of whatšs upsetting them," Wolter said. "My stress canšt tell the difference -- it's just the sound. I canšt tell whether this is a real emergency or a real problem. I just know that my kid is upset so I need to react."

On some level, that seems to be the evolutionary point of the whining, Chang said. Most people would tell you ignore it, and the child will eventually stop. While she hasnšt yet tested this theory, except with her own 2-year-old, she suspects that trying to figure out what the underlying issue is may be equally - if not more - effective. "Itšs telling you to tune in," she said. "Nobody wants to sit around and listen to a fire engine siren either, but if you hear the siren go off, it gets your attention. It has to be annoying like that, and itšs the same with the whine."