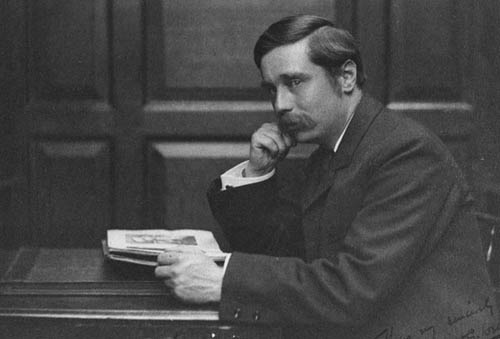 H. G. Wells was torn between 2 visions - one of salvation and one of doom (duality). He predicted that if humanity did not change its ways, it would destroy itself. We have come to realize this is a common prophecy in our grid consciousness. Throughout time, the early part of the twenty-first century has been named as the Age of Prophecy, when something happens that moves humanity to a more enlightened space. This acceleration is enhanced by the rapid increases in the Age of Technology something Wells also foresaw.

H. G. Wells forecasted the twentieth century so vividly and accurately he became known as "The Man Who Invented Tomorrow". He saw super highways, overcrowded cities, military use of airplanes and the bombing of cities. In 1911 he forecast the atomic bomb and other weapons of mass destruction, that terrified him. His final vision in 1933 was of an apocalyptic world war.

Spiritually, he prophesied a new consciousness emerging, spearheaded by a visionary elite who would take control of the weapons of war and create a global state, pacifying and leading humanity to a new world. By the second decade of the twenty-first century he envisioned a peaceful world liberated from old hatreds and adorned with scientific marvels. 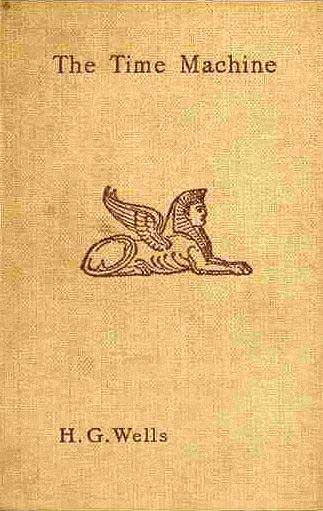 The Time Machine is a novel first published in 1895 and later directly adapted into at least two films of the same name as well as at least one television and a large number of comic book adaptations. It indirectly inspired many more works of fiction in all media. Considered by many to be one of the greatest science fiction novels of all time, this 38,000 word novella is generally credited with the popularization of the concept of time travel using a vehicle that allows an operator to travel purposefully and selectively. The term "time machine", coined by Wells, is now universally used to refer to such a vehicle. Read more 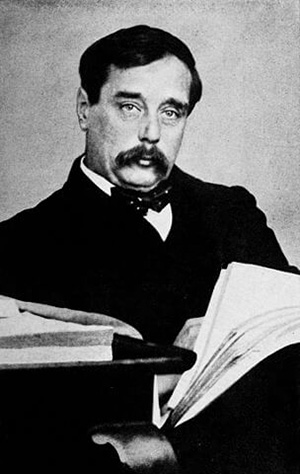 In the 17th century - when aircrafts, world wars, technology, time travel and nuclear weapons were alien concepts - the 'Shakespeare of science fiction' HG Wells foresaw all of the social and scientific advents that came up way after his demise.

Wells correctly predicted that a global conflict would break out within a decade, erupting in Eastern Europe before sucking in all the world powers. He was not alone in forecasting conflict during the volatile 1930s, but his descriptions of carpet bombing raids and fear of gas attacks proved prescient.

More than a dozen years before tanks were first used on battlefields, Wells described similar armored fighting vehicles called ironclads in the 1903 story The Land of the Ironclads.

> Four years before the Italians first used them in war, and nine years before their widespread use during World World 1, Wells foresaw the deadly use of powered aircrafts against enemy nations. Written in 1907, the military science-fiction novel The War in the Air depicts a global war with frighteningly close similarities to the real one that would begin in 1914.

Almost 70 years before the Apollo 11 moon landing in 1969, Wells' characters traveled to the planetary satellite via the Cavorite Sphere anti-gravity spaceship in the 1901 story The First Men in the Moon.

In the unsettling 1896 novel The Island of Dr. Moreau, Wells painted a world in which an arguably mad scientist performs vivisection experiments on animals. Slowing transforming and augmenting the creatures to take on human attributes, Wells' writing reveals parallels to early practices of genetic engineering and cloning.

He predicted and inspired inventions from the laser to email conjuring some futuristic visions that haven't (yet) come true: a machine that travels back in time, a man who turns invisible, and a Martian invasion that destroys southern England.