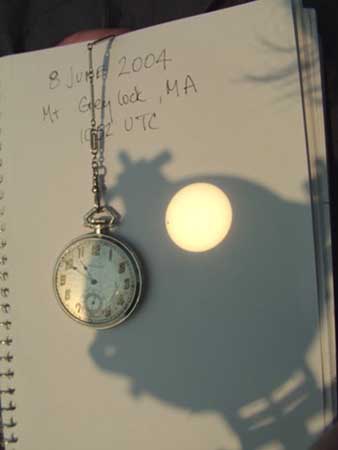 
There are many pseudo-science theories about the eight-year pentagonal cycle of Venus. Some believe that a doorway opened during the Venus Transit on June 8, 2004 closing on June 6, 2012. Others link it to the Goddess Venus (the archetype for all feminine deities) and her return to create a new reality.


The 2012 transit of Venus   PhysOrg - May 18, 2012
On June 5th, 2012, Venus will pass across the face of the sun, producing a silhouette that no one alive today will likely see again. Transits of Venus are very rare, coming in pairs separated by more than a hundred years. This June's transit, the bookend of a 2004-2012 pair, won't be repeated until the year 2117. Fortunately, the event is widely visible. Observers on seven continents, even a sliver of Antarctica, will be in position to see it. The nearly 7-hour transit begins at 3:09 pm Pacific Daylight Time (22:09 UT) on June 5th. The timing favors observers in the mid-Pacific where the sun is high overhead during the crossing. In the USA, the transit will at its best around sunset. That's good, too. Creative photographers will have a field day imaging the swollen red sun "punctured" by the circular disk of Venus.


Counting down to the Transit of Venus - our nearest exoplanet test-lab   PhysOrg - March 5, 2012
Three months before the last transit of Venus this century, scientists are gathering at the Observatoire de Paris to finalize their observation plans in a workshop supported by the Europlanet Research Infrastructure and the EGIDE/PHC Sakura Program. The transit of Venus on 5-6 June 2012 will give scientists two important opportunities for science: firstly, to use Venus as an example of a transiting exoplanet. Astronomers will use the transit to test the techniques they have developed to analyze the composition, structure and dynamics of exoplanetary atmospheres. Secondly, they will be able to make simultaneous Earth- and space-based observations of Venus's atmosphere. These joint observations will give new insights into the complex middle layer of Venus's atmosphere, a key to understanding the climatology of our sister planet.

The transits are an interesting marker of mankind's technological advances. In the eighteenth century, pendulum clock allowed accurate timings during a Venus transit - to measure the Astronomical Unit. In the 19th century, we had a new tool in photography. In the 21st century, we are able to observe the phenomenon from space and from Earth at the same time.