Tough Love, Is Love Ever Easy? 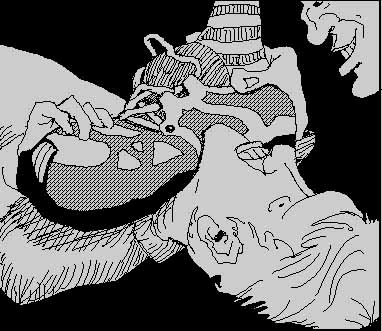 Tough Love is also an expression used when someone treats another person harshly or sternly with the intent to help them in the long run. The phrase was evidently coined by Bill Milliken when he wrote the book "Tough Love in 1968" and has been used by numerous authors since then.

In most uses, there must be some actual love or feeling of affection behind the harsh or stern treatment to be defined as tough love. For example, genuinely concerned parents refusing to support their drug-addicted child financially until he or she enters drug rehabilitation would be said to be practicing tough love. A coach who trains their players hard and is strict, but likes their players could also be said to be practicing tough love.

"Tough love" boot camps for teenagers have been described as child abuse, and the National Institutes of Health noted that "get tough treatments do not work and there is some evidence that they may make the problem worse".

There is evidence to suggest that what the British call tough love can be beneficial in the development of preferred character trait in children up to five years old. However, the British definition used by these researchers is more similar to the concept of "authoritative" parenting, whereas American ideas about tough love are closer to the notion of "authoritarian" parenting, which has been linked with negative outcomes in other research.


Tough Love is about being firm with your children, so they know you still love them, yet putting your foot down when discipline is needed and should always involved professional help.

It would take pages to write about all that is wrong in the dynamics between parents and children especially with teenagers who are abused, abusive, or suffer emotional problems and chemical imbalances, and now begin to rebel. Those with bipolar disorder and other personality disorders start to emerge from puberty highlighting at age 19-20. Many children (young adults) have breakdowns and have to be placed in a hospital or rehab for a period of time. ADD and ADHD should have been long diagnosed while the child was young, to overcome learning disabilities which often accompany emotional problems.

To look at a child's behavior is to look at the genetic codes of both parents which create predisposition for mental illnesses.

The DNA of both parents, and the acquired environmental background of both, must be considered. If you had baby with someone who is emotionally unstable, and has an addictive personal, it will most likely produce a child with similar problems. This seems stronger with male offspring. Be careful who you chose to have a baby with.

One must be self-assertive and strong when handling dysfunctional teens. Time to make decisions with the head not the heart. Anyway you cut it, they will be pissed off at you, so try to do the right thing and as I always say, get professional help.

Tough Love seems to refer to parents and people in general who cannot say No, be assertive with those around them, and allows everyone 'walk all over them.'

Children, especially teenagers, have never been easy to understand and raise, especially as the adults around them struggle with their own issues. Many adults become fearful of their teenage children, especially when they are fully grown. There is no easy way to love and express love when the soul is being abused, at any age. Teens will test you at every turn. Can you pass the test?

Issues must to be dealt with as most do not go away, but magnify as teens get older and stronger, and want to be free. Teens have issues which need to be addressed by parents and professionals. The choices are, address the issues, or wait until something really bad happens and you run out of options.