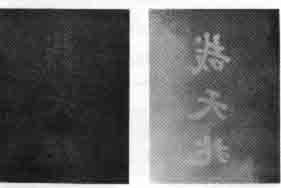 Nensha, better known to English speakers as thoughtography or projected thermography or nengraphy, is the ability to psychically "burn" images from one's mind onto surfaces, or even into the minds of others. It is common in fiction, and made noteworthy by the recent Ringu/The Ring media franchise. It should be noted that while the term "thoughtography" has been in the English lexicon since 1913, the more recent term "projected thermography" is a neologism originating from the 2002 US remake of The Ring.

There are three well-known individuals involving thoughtography or the research of same, all of which have been decried at one point or another as fraudulent.

In 1910, Tomokichi Fukurai, an assistant professor of psychology at Tokyo University and a firm believer in the supernatural, took a woman named Ikuko Nagao under his wing. Unlike his previous failed experimentation with clairvoyant Chizuko Mifune earlier that year, Fukurai was determined to prove his claims as true and decided to work with Nagao's skill, a talent he labeled nensha (spirit photography). Unfortunately, Nagao's efforts were also labelled as fraudulent; distraught by the claims, she developed a fever which ultimately led to her death. However, Fukurai was undeterred, and in 1911, Fukurai worked with other nensha practitioners but found little success.

In 1913, Fukurai took on a subject that would advance his claims further, a woman named Sadako Takahashi. Takahashi, who claimed to have developed both clairvoyance and nensha through breathing and mental exercises, met Fukurai and soon was able to breathe life into his sagging studies. She was able to convince enough skeptics that later that year Fukurai published a book called Toshi to Nensha, later translated and published throughout the world as Clairvoyance and Thoughtography. Fukurai would later work with another nensha practitioner, Koichi Mita, who was said to create a thoughtograph of the dark side of the moon.

In the end, however, Fukurai's theories never gained widespread popularity, and in 1919, he resigned his post at the university to continue his research. Before his death in 1952, Fukurai founded the Fukurai Institute of Psychology, an organization that studies the paranormal and still survives to this day.

In the 1960s, Chicago resident Ted Serios became notorious for the production of nensha on Polaroid film supposedly using only his psychic powers. His abilities were endorsed by Jule Eisenbud, a Denver-based psychiatrist who wrote a book lauding Serios' talents called The World of Ted Serios: "Thoughtographic" studies of an extraordinary mind. Serios' images, which often appeared surrounded by dark areas on the film, were often of typical postcard scenes. Serios eventually was only able to produce his photographs while holding "the gismo" to his forehead. This device has been described as "a small section of tubing fitted with a piece of photo squeegee."

As Eisenbud's book readily admits, many of Serios' thoughtographs were produced while Serios was drunk or drinking alcohol. According to Eisenbud, "Ted Serios exhibits a behavior pathology with many character disorders. He does not abide by the laws and customs of our society. He ignores social amenities and has been arrested many times. His psychopathic and sociopathic personality manifests itself in many other ways. He does not exhibit self-control and will blubber, wail and bang his head on the floor when things are not going his way." (as quoted in professional photographer Nile Root's own investigation into Serios.)

Most of Serios's feats were dismissed as a simple hoax by most educated people. Eisenbud's faith in Serios was extreme, and even as late as the 1980s, Eisenbud claimed that previously unidentified thoughtographs were images of Ganymede, a moon of Jupiter. Pictures of Ganymede had only become available a year before thanks to Voyager 2. "Unfortunately," wrote Eisenbud, "I couldn't get an astronomer or optical scientist to agree."

In 1995, famed psychic Uri Geller began to perform nensha by using a 35mm camera upon which the lens cap would be left on. He would then take pictures of his forehead, and then have the pictures developed, to which Geller claimed that the images had come directly from his mind.Stage magician and skeptic James Randi immediately criticized the event, claiming fraud on Geller's part.

Root was present at the March 1966 session where Serios claimed to have created thoughtographs and states that the small, handheld device Serios used was in many ways a miniaturized daguerreotype maker, creating the pictures in this manner. Furthermore, Root charges that Serios' wild manner and actions may have been a deliberate attempt to hide prestidigitation to insert the object into the "gizmo" which would then expose the film. Root has since then given extensive details on how he believes the thoughtographs were created, as well as "digital versions" of the same.

Randi, based on his studies of Eisenbud's work, makes similar claims about Serios. A quote from Randi's website states: "If Mr. Serios did not use a trick method, all the rules of physics, particularly of optics, everything developed by science over the past several centuries, must be rewritten to accommodate Eisenbud's opinion. No such revisions have been found necessary."

As for the Geller incidents, Randi states that Geller is either performing a similar act as Serios, or is using already-exposed film in the camera, a charge Geller has consistently denied. Thoughtography 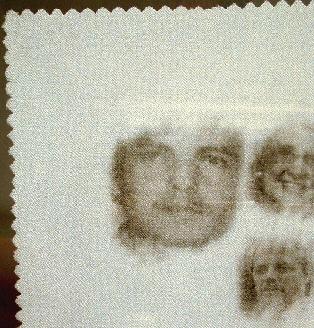