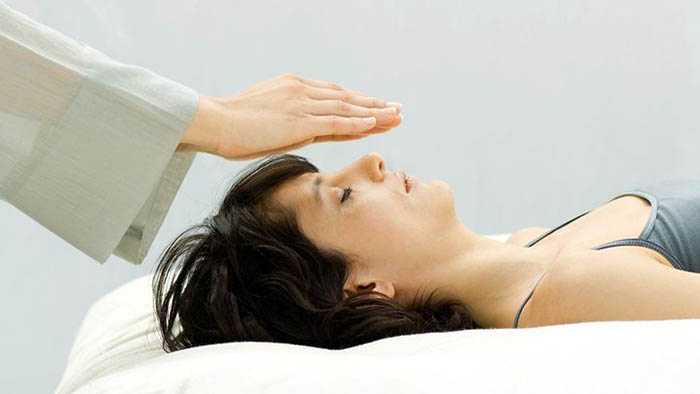 Therapeutic touch (commonly shortened to "TT"), also known as Non-Contact Therapeutic Touch (NCTT), is an energy therapy which practitioners claim promotes healing and reduces pain and anxiety. Practitioners of therapeutic touch state that by placing their hands on, or near, a patient, they are able to detect and manipulate the patient's energy field.

One highly cited study, designed by nine year old Emily Rosa and published in the Journal of the American Medical Association found that practitioners of therapeutic touch could not detect the presence or absence of a hand placed a few inches above theirs when their vision was obstructed. Simon Singh and Edzard Ernst concluded in their 2008 book Trick or Treatment that "the energy field was probably nothing more than a figment in the imaginations of the healers."


Therapeutic touch (TT) is a mostly secular variant of faith healing, started by Dolores Krieger in the early 1970s. It has no basis in science. The TT practitioner moves his or her hands over the patient's body, specifically the affected area, without actually touching the patient.

TT adherents claim that this directs the flow of chi so that the patient can heal. The practice is based on the belief that living beings have an energy field or aura which extends beyond the surface of the body that can be manipulated by the therapist. No evidence of effectiveness has been found when TT has been tested under controlled conditions.

In 1998, Emily Rosa became the youngest person to have a paper accepted by the Journal of the American Medical Association, when she submitted a paper detailing the results of her study which showed that 21 TT practitioners were unable to detect the Human Energy Field which TT claims to exist.

In her experiment, she invited these experienced practitioners to put both of their hands through holes in a cardboard screen. She flipped coins to determine whether to hold her hand near, but not touching, their left or right hands. If they were able to "feel" the presence of the body or to "sense" her biofield, then they would be able to tell her where her hand was.

All practitioners asserted confidence that they would be able to do this. In fact, in repeated trials, none of them were able to correctly identify the location of her hand at a rate better than the 50-50 chance that random guessing would give them.

In many cases, TT is conducted in quiet, soothing environments, and produces many of the same benefits as quiet rest. Read more