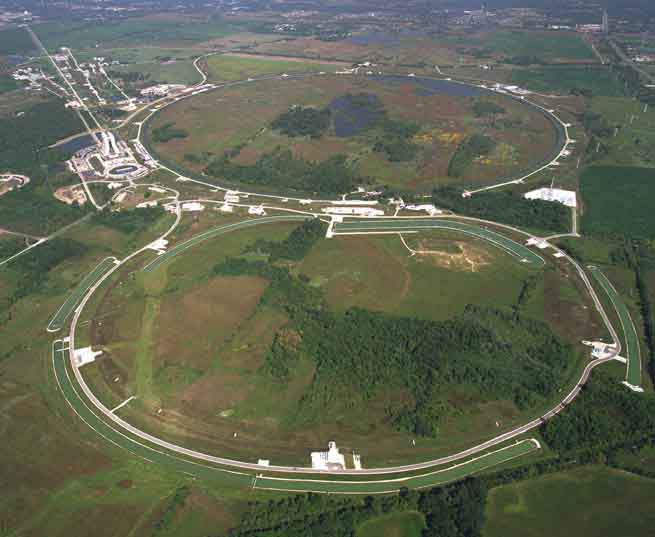 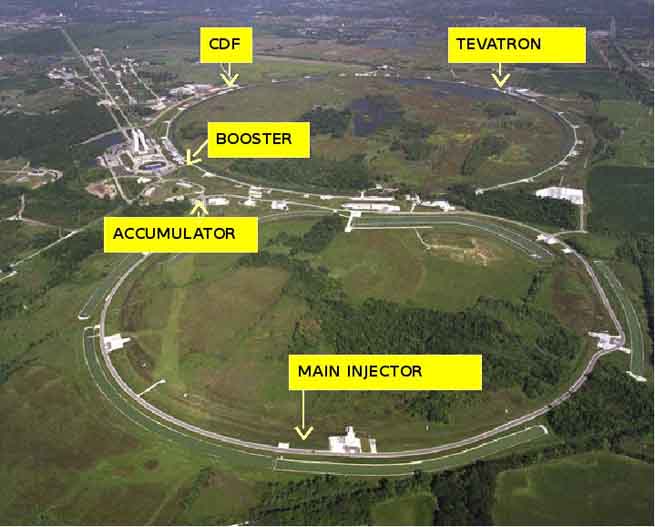 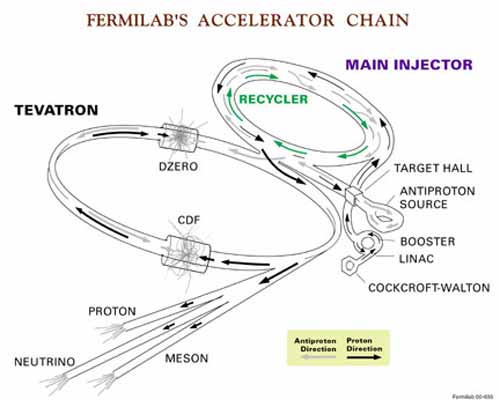 The Tevatron is a circular particle accelerator in the United States, at the Fermi National Accelerator Laboratory, just east of Batavia, Illinois, and is the second highest energy particle collider in the world after the Large Hadron Collider (LHC). The Tevatron is a synchrotron that accelerates protons and antiprotons in a 6.28 km (3.90 miles) ring to energies of up to 1 TeV, hence the name. The Tevatron was completed in 1983. On January 10, 2011, it was announced that the Tevatron will cease operations at the end of September, 2011. The main ring of the Tevatron will probably be reused in future experiments, and its components may be transferred to other particle accelerators. Tevatron    Wikipedia