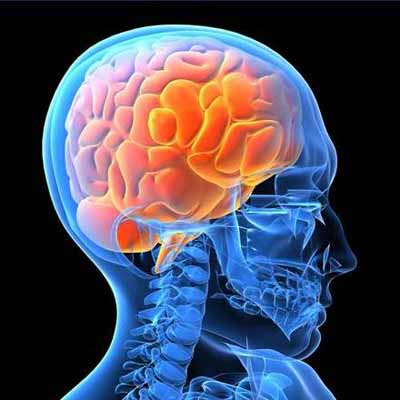 A stroke, or cerebrovascular accident (CVA), is the rapid loss of brain function(s) due to disturbance in the blood supply to the brain. This can be due to ischemia (lack of blood flow) caused by blockage (thrombosis, arterial embolism), or a hemorrhage (leakage of blood). As a result, the affected area of the brain cannot function, which might result in an inability to move one or more limbs on one side of the body, inability to understand or formulate speech, or an inability to see one side of the visual field.

A stroke is a medical emergency and can cause permanent neurological damage, complications, and death. It is the leading cause of adult disability in the United States and Europe and the second leading cause of death worldwide. Risk factors for stroke include old age, hypertension (high blood pressure), previous stroke or transient ischemic attack (TIA), diabetes, high cholesterol, cigarette smoking and atrial fibrillation. High blood pressure is the most important modifiable risk factor of stroke.

An ischemic stroke is occasionally treated in a hospital with thrombolysis (also known as a "clot buster"), and some hemorrhagic strokes benefit from neurosurgery. Treatment to recover any lost function is termed stroke rehabilitation, ideally in a stroke unit and involving health professions such as speech and language therapy, physical therapy and occupational therapy. Prevention of recurrence may involve the administration of antiplatelet drugs such as aspirin and dipyridamole, control and reduction of hypertension, and the use of statins. Selected patients may benefit from carotid endarterectomy and the use of anticoagulants.

Stroke symptoms typically start suddenly, over seconds to minutes, and in most cases do not progress further. The symptoms depend on the area of the brain affected. The more extensive the area of brain affected, the more functions that are likely to be lost. Some forms of stroke can cause additional symptoms. For example, in intracranial hemorrhage, the affected area may compress other structures. Most forms of stroke are not associated with headache, apart from subarachnoid hemorrhage and cerebral venous thrombosis and occasionally intracerebral hemorrhage.

Various systems have been proposed to increase recognition of stroke by patients, relatives and emergency first responders. A systematic review, updating a previous systematic review from 1994, looked at a number of trials to evaluate how well different physical examination findings are able to predict the presence or absence of stroke. It was found that sudden-onset face weakness, arm drift (i.e., if a person, when asked to raise both arms, involuntarily lets one arm drift downward) and abnormal speech are the findings most likely to lead to the correct identification of a case of stroke (+ likelihood ratio of 5.5 when at least one of these is present).

Similarly, when all three of these are absent, the likelihood of stroke is significantly decreased (- likelihood ratio of 0.39). While these findings are not perfect for diagnosing stroke, the fact that they can be evaluated relatively rapidly and easily make them very valuable in the acute setting. 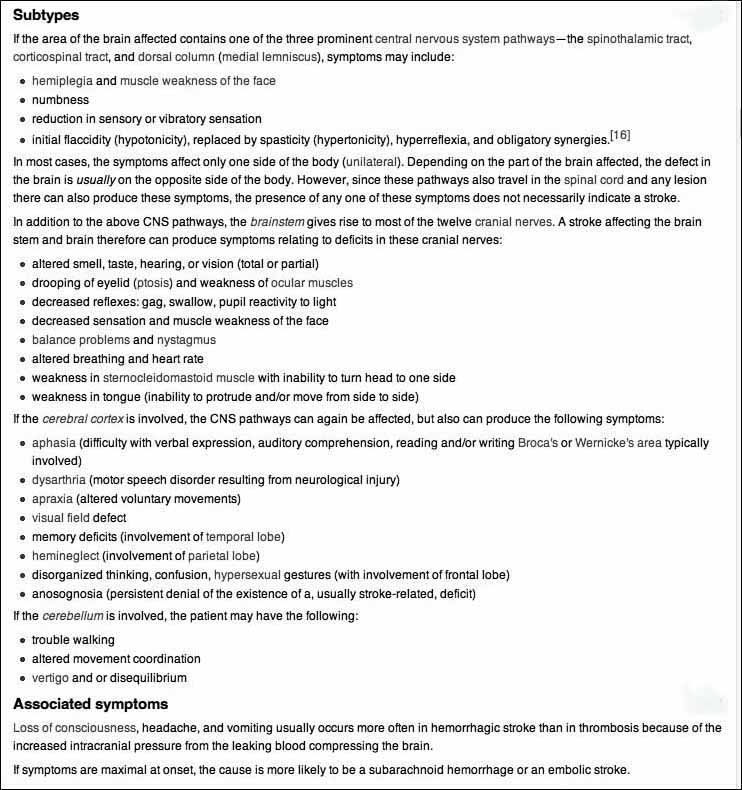