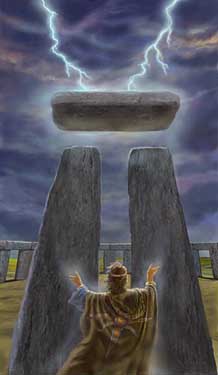 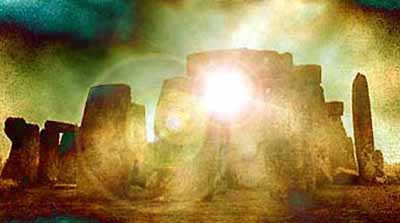 In ancient times Stonehenge, at certain times of the year and celestial alignments, would allegedly capture the energies of the Universe and Creation. This time frame was used by the prophets for their predictions and the priests for ceremonies.

There are many Astronomical Observatories throughout the world that are aligned to the Summer Solstice. Annually, people travel to visit them at the time of the Summer Solstice, the most popular being Stonehenge, with its magic and mysteries that goes back to the Druid priests and related myths.

Contemporary Druids gather at Stonehenge during the summer solstice to watch sunrise over the heelstone and claim their relationship with ancient British ancestors, imagining that they can recapture the essence of archaic ceremonies. Only one heel stone stands now, though some believe that there was another and the sun would rise between the two pillars.

Ceremonies and rituals, welcoming the summer, have become initiations. In the second decade of the 21st century each soul will experience what is needed to help them remember the nature of reality and their place in it. 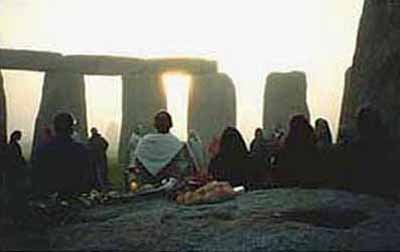 Traditionally, the Summer Solstice is celebrated at noon - the sun stands directly overhead and the full force of solar energy can be felt and drawn upon in ritual. One stands beneath the sun, for a while, absorbing the light and heat, and establishing a connection which can be drawn upon in rites later that night.

This is a time of purifying, of cutting through obstacles and drawing on the dynamic power of the God principle to manifest your own power. Lift up your hearts in celebration of the fertility and wonder of life and remember to give thanks for that which has been manifested for you since the last Sabbat. 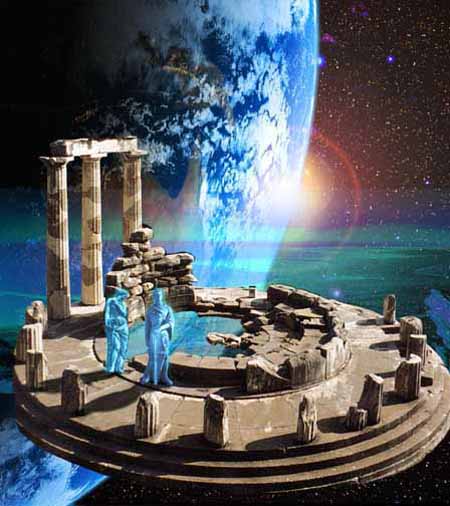 There are those who believe Stonehenge was built with the guidance of higher forces who left sacred stone markers throughout the planet that allow human consciousness to remember that it was not born of this physical planet but came here as spirit, to return one day.

The legend of King Arthur provides another myth of the construction of Stonehenge. It is told by the twelfth century writer, Geoffrey of Monmouth, in his History of the Kings of Britain that Merlin brought the stones to the Salisbury Plain from Ireland. Sometime in the fifth century, there had been a massacre of 300 British noblemen by the treacherous Saxon leader, Hengest. Geoffrey tells us that the high king, Aurelius Ambrosius, wanted to create a fitting memorial to the slain men.

Merlin suggested an expedition to Ireland for the purpose of transplanting the Giant's Ring stone circle to Britain.

According to Geoffrey of Monmouth, the stones of the Giant's Ring were originally brought from Africa to Ireland by giants. The stones were located on "Mount Killaraus" and were used as a site for performing rituals and for healing. Led by King Uther and Merlin, the expedition arrived at the spot in Ireland. The Britons, none of whom were giants, apparently, were unsuccessful in their attempts to move the great stones.

At this point, Merlin realized that only his magic arts would turn the trick. So, they were dismantled and shipped back to Britain where they were set up as they had been before, in a great circle, around the mass grave of the murdered noblemen. The myth goes on to tell that Aurelius, Uther and Arthur's successor, Constantine were also buried there in their time. 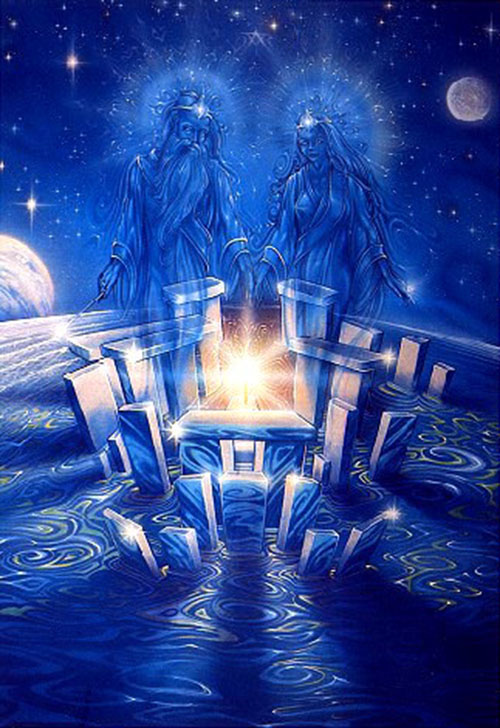 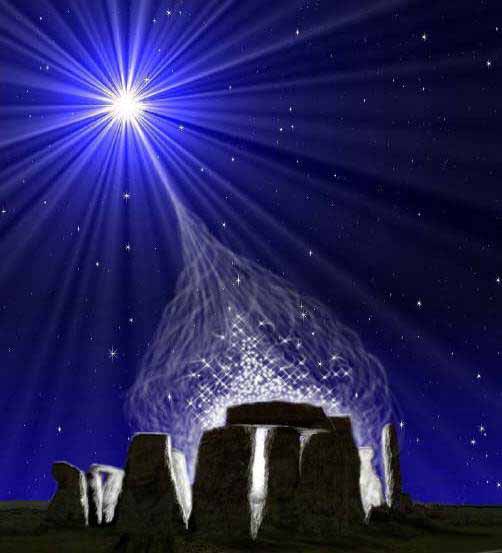 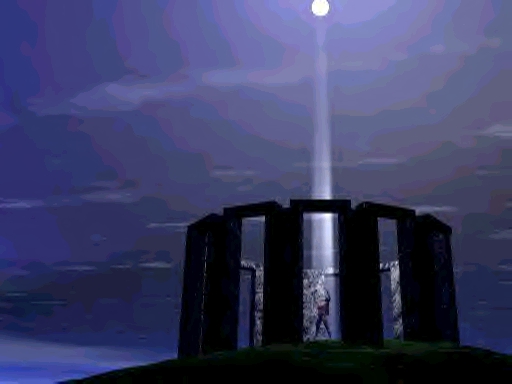