The Sun: So far, almost every day in 2022 it has erupted in flares and coronal mass ejections, some of which were the most powerful eruptions our star is capable of   Science Alert - June 19, 2022
The current activity is significantly higher than the official NASA and NOAA predictions for the current solar cycle, and solar activity has consistently exceeded predictions as far back as September 2020. But a solar scientist will tell you that even this isn't all that weird. We don't completely understand the solar dynamo, which generates the magnetic fields seen at the surface as sunspots, and which produce flares. This is one of the outstanding problems in astrophysics; the inaccuracy in the prediction is unsurprising.


The sun used to have rings like Saturn. Those rings of dust may have prevented Earth from growing into a "super-Earth" - a type of planet that is about twice the size of Earth and up to 10 times its mass   Live Science - January 7, 2022 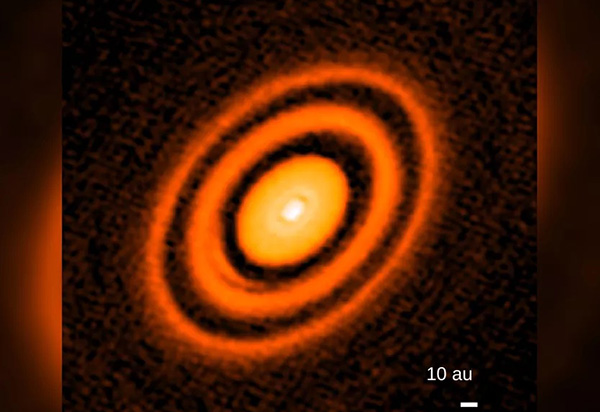 Before Earth and the other planets in our solar system existed, the sun may have been surrounded by giant rings of dust similar to Saturn's, according to a new study. The occurrence of super-Earths in so many other solar systems left astronomers with some unanswered questions: namely, If super-Earths are super-common, why don't we have one in the solar system?

'Humanity has touched the sun' in a pioneering achievement for space exploration   Live Science - December 14, 2021 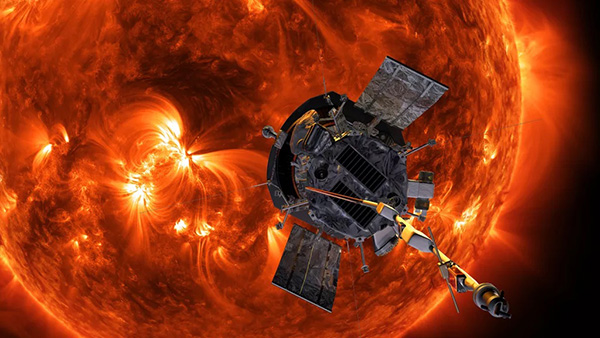 
A Spacecraft Captured a Massive Eruption on The Sun's Surface For The First Time   Science Alert - May 19, 2021 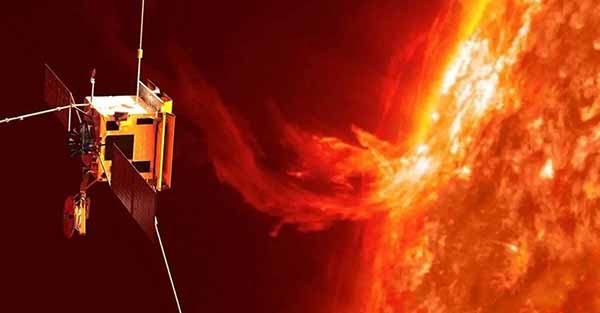 To observe and study solar explosions - called coronal mass ejections - NASA and the European Space Agency launched the Solar Orbiter probe in February 2020. The probe made a close approach to our star this year, on February 10, when it flew within 48 million miles (77 million kilometers) of the Sun Đ half the distance between the Sun and Earth. As it careened past the Sun, back to cooler zones of space, the orbiter caught video footage of two CMEs. Three imaging instruments on the spacecraft traced the CME as it left the Sun and spread through space. The first instrument recorded the Sun itself, while the second captured the flow of energy through the Sun's corona, or outer atmosphere. A third imager captured the stream of electrically charged particles, dust, and cosmic rays flowing out into space from the eruption.


Coronal holes during the solar maximum   PhysOrg - January 11, 2021
Sunspots were first seen by Galileo, and in the eighteenth century Rudolf Wolf concluded from his study of previous observations that there was a roughly eleven-year solar cycle of activity. In 1919 the astronomer George Ellery Hale found a new solar periodicity, the twenty-two year solar magnetic cycle which is composed of two eleven-year cycles and today is referred to as the Hale cycle. The eleven-year cycle is a complex dynamo process in which the sun's twisted magnetic fields flip to the opposite direction as the result of the combinatin of the sun's differential rotation and the convection in its atmosphere. Then, after a second cycle, the original polarity is recovered.


Rare ghostly particles produced inside the sun just detected under a mountain in Italy   Live Science - July 16, 2020
For the first time ever, physicists have spotted rare, ghostly particles produced by a weird kind of fusion inside the sun. The particles, called CNO-produced neutrinos, traveled from the sun to a detector buried deep beneath a mountain in Italy. This discovery brings humans one step closer to understanding the fiery nuclear reactions fueling our home star.

Listen to the sun 'sing': Experts create software that converts vibrations in our star's surface into music for the first time   Daily Mail - June 11, 2019

Scientists discover structure within the Sun's atmosphere   Engadget - July 20, 2018
By taking these advanced steps, the team was able to determine that the Sun's outer corona does indeed have a physical structure


Giant Waves Nearly Half a Million Miles Across Seen on the Sun for the First Time   Live Science - May 22, 2018
Huge, slow-moving waves that drive Earth's weather and shape the swirls in Jupiter's atmosphere also exist on the sun, new research reveals. Called Rossby waves or planetary waves, the large-scale waves occur in all rotating fluids, but now they've been identified on the sun.


What will happen when our sun dies?   Science Daily - May 7, 2018
Scientists agree the sun will die in approximately 10 billion years, but they weren't sure what would happen next... until now. A team of international astronomers predict it will turn into a massive ring of luminous, interstellar gas and dust, known as a planetary nebula. A planetary nebula marks the end of 90% of all stars active lives and traces the star's transition from a red giant to a degenerate white dwarf. But, for years, scientists weren't sure if the sun in our galaxy would follow the same fate: it was thought to have too low mass to create a visible planetary nebula.


Waves similar to those controlling weather on Earth have now been found on the Sun   PhysOrg - May 7, 2018
A team of scientists has discovered new waves of vorticity on the Sun. These Rossby waves propagate in the direction opposite to rotation, have lifetimes of several months, and maximum amplitudes at the Sun's equator. For forty years scientists had speculated about the existence of such waves on the Sun, which should be present in every rotating fluid system. Now, they have been unambiguously detected and characterized for the first time. The solar Rossby waves are close relatives of the Rossby waves known to occur in the Earth's atmosphere and oceans.


The amazing moment the sun stamps out its own eruption: NASA footage captures magnetic forces as they shred dense solar material and cause it to collapse   Daily Mail - August 13, 2017
Spectacular footage of what first appeared to be a solar eruption, but then turned out to be something else, has given scientists insight into the sun's magnetic landscape. On September 30, 2014, a suite of NASA instruments spotted what appeared to be a solar eruption - but soon after, a serpentine structure known as a filament rose from the surface and collapsed, being shredded to pieces by invisible magnetic forces. A study on the phenomenon revealed it was caused by a filament pushing up against a complex magnetic structure 'like two igloos smashed against each other,' which then ate away at the filament and caused chips of solar material to spray.


NASA watches the Sun put a stop to its own eruption   PhysOrg - August 13, 2017
On Sept. 30, 2014, multiple NASA observatories watched what appeared to be the beginnings of a solar eruption. A filament - a serpentine structure consisting of dense solar material and often associated with solar eruptions - rose from the surface, gaining energy and speed as it soared. But instead of erupting from the Sun, the filament collapsed, shredded to pieces by invisible magnetic forces. Because scientists had so many instruments observing the event, they were able to track the entire event from beginning to end, and explain for the first time how the Sun's magnetic landscape terminated a solar eruption.


Sun experiences seasonal changes, new research finds   PhysOrg - April 7, 2015
The Sun undergoes a type of seasonal variability with its activity waxing and waning over the course of nearly two years, according to a new study by a team of researchers led by the National Center for Atmospheric Research (NCAR). This behavior affects the peaks and valleys in the approximately 11-year solar cycle, sometimes amplifying and sometimes weakening the solar storms that can buffet Earth's atmosphere. The quasi-annual variations appear to be driven by changes in the bands of strong magnetic fields in each solar hemisphere. These bands also help shape the approximately 11-year solar cycle that is part of a longer cycle that lasts about 22 years.