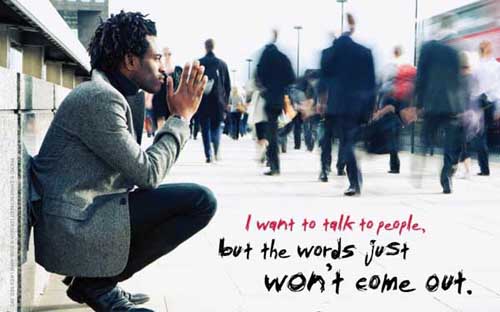 Humans process and react according to their emotions. You see and experience something and instantly the emotionally body kicks in and you react internally, externally, by conditioning, and by the chemical balance or imbalance in your brain. This is how we are programmed for experience in the simulation of our reality. In truth nothing is real - it's just your emotions -> physical perceptions of what is happening and you react.

There are 3 little words that rule - Fear, Panic, and Anxiety.

The fear of not being accepted affects the lives of millions of people - how they see themselves, who they are and how they live their lives. It often goes to self esteem issues complicated by other personality disorders that need to be investigated and understood, especially in this day and age where much is explored about mental health issues and everybody is a 'therapist' of sorts.

I have read many people who do not realize the underlying causes behind their behavior that lead to social phobia and the ability to have social and sexual relationships, and more, therefore the first order of business is finding out why you function differently and then determining what you can do about it.

Social anxiety disorder symptoms will be seen physically which allows early identification if one gets professional help. They may include intense nervousness and fear, flushing, dizziness, sweating, heart palpitations, diarrhea and other symptoms commonly associated with anxiety. This can be triggered by many situations - such as speaking in front of others, eating with them, even talk to them on the phone can make a person with this disorder feel anxious and stressed and nothing is worse than stress - it kills.

Social anxiety disorder symptoms are different in each of age category. Adults and adolescents are forced to recognize their fears when publicly humiliated. But children who experience this disorder may not possible.

Denying or not aware of the fear of excessive or unreasonable

Fear of performance situations, such as the need to speak in front of the class. This fear is constant and lasts for several months. 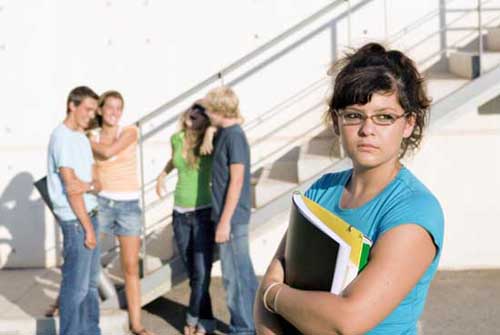 Social phobia, a persistent, debilitating fear of situations that could involve scrutiny and judgment, is a somewhat controversial diagnosis in children and teens, with critics arguing that the diagnosis turns normal shyness into a medical condition.

But the new research finds that teens who meet the criteria for social phobia are also more likely to struggle with depression, anxiety, substance disorders and other problems. That finding suggests that social phobia is a serious condition beyond regular shyness, the researchers report Monday (October 17, 2011) in the journal Pediatrics.

To uncover the overlap between shyness and social phobia, the researchers drew from a nationally representative survey of 10,123 American teenagers and 6,483 of their parents. In face-to-face sessions, the teenagers answered questions about their level of shyness, anxiety and prescription medication use. The teens were also evaluated for social phobia.

Parents were more likely to rate their teens as shy than the teens themselves, with 62.4 percent of parents saying their teens were shy while only 46.7 percent of teens described themselves that way. Of the students who called themselves shy, 12.4 percent actually met the criteria to be diagnosed with social phobia. Of the teens described as shy by their parents, 10.6 percent met the criteria for social phobia.

Of teens not identified as shy, about 5 percent met the social phobia criteria. The results suggest that "social phobia is not simply shyness," the researchers wrote. "In contrast to the high frequency of shyness observed among U.S. adolescents, social phobia affected a minority of youth."

More tellingly, the researchers reported, teenagers who met the criteria for social phobia reported more social struggles and more additional psychological disorders than the teens who were simply shy. Despite these troubles, the socially phobic teens were no more likely than their counterparts to be taking medication.

The implication, the researchers wrote, is that social phobia should be taken seriously in young people. "Although many adolescents with social phobia demonstrate marked impairment, results suggest that few ever seek or obtain professional help," the researchers wrote. "Persistent claims that dispute the severity of this condition among youth likely will do little to alter their course."


Social anxiety disorder also known as social phobia, is an anxiety disorder characterized by intense fear in social situations causing considerable distress and impaired ability to function in at least some parts of daily life.

The diagnosis of social anxiety disorder can be of a specific disorder (when only some particular situations are feared) or a generalized disorder. Generalized social anxiety disorder typically involves a persistent, intense, chronic fear of being judged by others and of being embarrassed or humiliated by one's own actions. These fears can be triggered by perceived or actual scrutiny from others. While the fear of social interaction may be recognized by the person as excessive or unreasonable, overcoming it can be quite difficult.

Physical symptoms often accompanying social anxiety disorder include excessive blushing, sweating (hyperhidrosis), trembling, palpitations, nausea, and stammering often accompanied with rapid speech. Panic attacks may also occur under intense fear and discomfort. An early diagnosis may help minimize the symptoms and the development of additional problems, such as depression. Some sufferers may use alcohol or other drugs to reduce fears and inhibitions at social events. It is common for sufferers of social phobia to self-medicate in this fashion, especially if they are undiagnosed, untreated, or both; this can lead to alcoholism, eating disorders or other kinds of substance abuse.

Standardized rating scales such as Social Phobia Inventory can be used for screening social anxiety disorder and measuring severity of social phobia.

A person with the disorder may be treated with psychotherapy, medication, or both. Research has shown cognitive behavior therapy, whether individually or in a group, to be effective in treating social phobia. The cognitive and behavioral components seek to change thought patterns and physical reactions to anxiety-inducing situations. Attention given to social anxiety disorder has significantly increased in the United States since 1999 with the approval and marketing of drugs for its treatment.