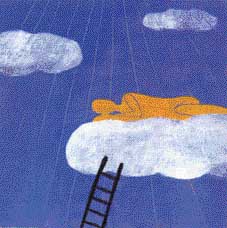 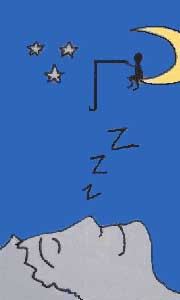 Do you have problems sleeping? Here are some facts to consider.

How many hours of sleep do you need?

Who's Tired? Growing Number of People Get Too Much Sleep   Live Science - April 19, 2013
Most people you know probably talk about not getting enough sleep, but the percentage of U.S. adults who sleep for more than nine hours a night is actually on the rise, a new study suggests. Between 1970 and 2007, the percentage of survey participants who reported sleeping for more than nine hours over a 24-hour period increased from 28 percent in 1985 to 37 percent in 2007, the study found. The trend was seen in participants' reports of both their weekday and weekend sleep habits. What's more, the percentage of people who slept for less than six hours a night decreased, from about 11 percent in 1985 to 9 percent in 2007, the researchers said.


Try a white noise machine. Once your brain becomes conditioned to the sound - you sleep like a baby. It blocks out external annoying noises.


Do you snore so badly you wake yourself up? Do you sleep with someone who snores - especially a man who is older? All about snoring


Do you sleep with someone who talks in their sleep? Record their conversation and play it back for them.


What about someone who grinds their teeth - or thrashes about in bed?


Beds: Select the firmness that works for you as there are so many choices from: regular beds, water beds, feather beds that are placed on top of your mattress, or egg-crate foam bed covers, mattress pads and pillow tops.


Pillows - one two, or three? Form, feathers, down? Do you prefer Standard? King? Queen? Again we have different types and to chose from.


Do children sleep with you? What age should that stop? Should it ever have started? Is it better to comfort a child by staying in their bed until they fall asleep than inviting them into your bed?


Do you sleep with a pet? Does the pet snore?


Sex is sex - and fun before bed - but are many people prefer to sleep alone even after sex.


Are you a day person or a night person? I have found that people with emotional problems, especially depression, are night people. Another pattern they follow is sleeping for 3-4 hours, then staying up for hours, then sleeping 3-4 hours again.


On the matter of meditation ... most people who say they are in a deep meditation that lasts for hours, are sleeping. Meditating helps them fall asleep.