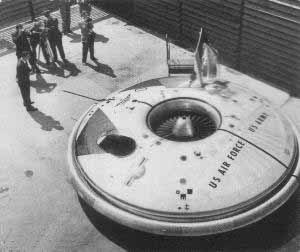 The US military was testing and flying UFO design aircraft in the 40's and 50's. They had as many as 35 saucer projects with vertical lift off and descent. The most highly classified was known by code name Silverbug.

Near the end of WWII the allied forces had gained superiorty over the Germans. Or so it seemed. The Germans were looking for a superior craft. The SSE and Vril societies were building craft that looked like UFO's and were capable of vertical take-off's and landings because most of their runways had been destroyed.

The project was headed by Dr. Richard Mehta, sometimes known as the 'Father of Saucerology'. He was hired by the German air force to build a saucer shaped craft that could vertically ascend and shoot down allied planes with rockets. Allegedly the war ended before Metha developed his ship.

The American government recruited some of the German scientists after the war to go to Canada and continue their work. Dr. Metha was one of these men. He work on a secret aircraft project at AVROW Aeronautics in Canada. These were saucer type flying machines.

These saucers were designed to 2300 miles per hour at an altitude of 80,000 feet. Though designed in 1955 the papers describing these design were not declassified until 1995. For over 40 year America's #1 top flying saucer project was top secret.


In the 1950's in Canada Avro revealed the Avrocar to the public. 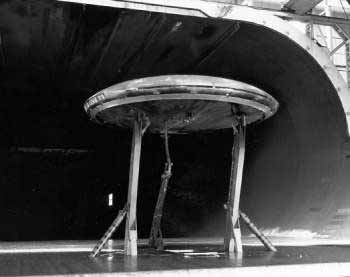 In 1953 the Toronto Star reported on the development by Avro Canada of a disc-shaped VTOL (Vertical Takeoff and Landing) aircraft.

In February it was officially announced that a mock-up of the craft, designed by British engineer John Frost and developed by the Malton, Ontario plant, had been made - and indeed, photographs exist of technicians smiling from its twin cockpits.

The project of which the Avro-car was a part was originally known as Project Y, funded by Canada, but was taken over by the U.S. Air Force in late 1953 - early 1954, as their Project 606, with an interest by the US Army.

It was hoped that the vehicle, designated VZ-9V, would ascend vertically and reach flight speeds of 1,500 mph (2,400 km/hr). The President of Avro Canada wrote in Aero News that the prototype being built was so revolutionary that it would make other designs obsolete.

The craft was officially named the Avro-Car.By 1960 about 10 million dollars had been spent on the project. During tests, the aircraft could not rise more than four or five feet above the ground without becoming very unstable.

Attempts were made to design mechanisms to increase its stability without success. It was hoped that the project would consolidate the future of the A.V. Roe company, but it was discontinued in 1961, and A.V. Roe went out of business. 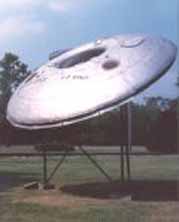 The Avro-Car on display at the Army Transportation Museum

The prototype was placed in a military museum at Fort Eustis, Virginia. One view was that the failed project was simply window-dressing to cover tests of a captured alien flying disc. 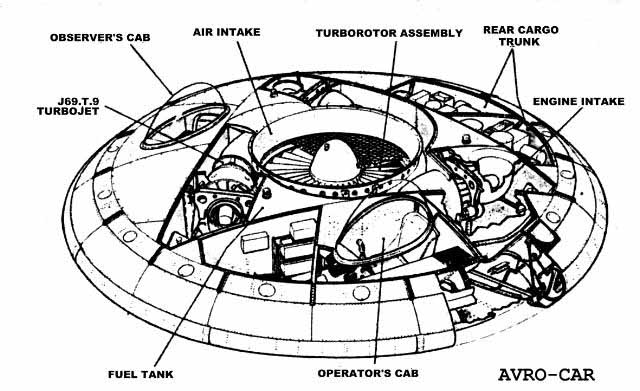 The Avro-Car was (depending on the source of the information) 18 or 25 feet in diameter, and weighed 3600 lb. It was powered by three centrally mounted gas turbine engines driving a 5 feet diam. central fan used for vertical takeoff. Once in the air the turbo-jet exhaust would be shifted to the rear giving the vehicle forward thrust to allow the aerodynamic body to generate lift. Today we have other VTOL aircraft, including circular drones with a central propeller, undoubtedly mistaken for extraterrestrial aircraft on the occasion, but we still do not have a decent supersonic flying saucer of terrestrial origin.