It had snowed in the early monring. The snow had just tapered off as I pulled into one of the few available parking spots.

Severeal people were going in and out of the store and their vehicles as I walked from my car toward the entrance.

Suddenly the white pigeons came out of nowhere - flying towards me.

Everyone was startled - including myself - as the birds began to circle just around me.

At first I was stunned - then a bit scared - thoughts of Alfred Hitchcock and his movie 'The Birds' (1963) filling my mind. These birds fly fast.

They sort of swooped in then circled around me for about 10 seconds.

There was no food on the ground to attract them.

I spoke telepathically sending the message, "I understand. You can go now." As I completed that thought - as suddenly as they arrived - the white pigeons all flew off towards the Verrazano Bridge.

I asked Z why they keep showing themselves to me at this time - and what their message is. He showed me a feather quill pen and a book linked to the birds - or Thoth the Egyptian God Thoth the Scribe who wrote the story of our reality - the Book of Life. 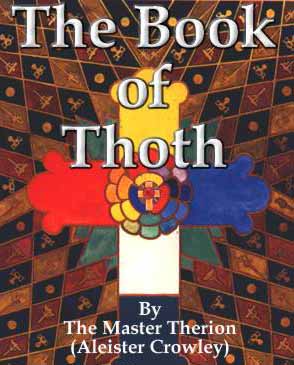 While doing a seach for 'Thoth Book' - I happened upon a symbol he has been showing me.

It's the small symbol with the Hebrew
writing on the right that connects.

From Aleister Crowley's The Book of Thoth 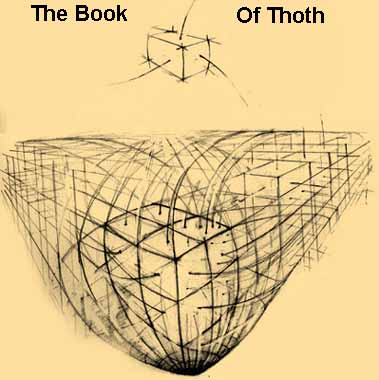 The Continuum is the sum of all the interwoven world-lattices. An amalgam of the infinitely many worlds, The Continuum is so named because it fills superspace, forming a dense, continuous volume.

The Keepers assert that the Continuum is the only solid thing in existence, but they affirm this with a wink, [Z winks] knowing that the worlds that make up this solid are themselves porous, filled only with arranged absences.

The Continuum is fragile. Universes are not static systems. The lattices are perpetually expanding or collapsing, pursuing their localized cycles of evolution. Just as a skyscraper or suspension bridge must endure the oscillations of wind and temperature change, the Continuum must be able to absorb and compensate for the movement of the universes it contains.

A bridge is constructed with expansion gaps to accommodate such movement, and so, too, does the Continuum possess an expansion gap. It is like a great hole, a core drilled through the strata of every single universe.

The presence of this gap that allows the Continuum to remain flexible. Without it, in such a tightly woven web of interlocked grids, system-wide fractures would occur, total collapse, oblivion - an event foreseen by the Keepers in the Uncreation Myth.

Because it lies at the intersection of all the lattices, the gap is a part of every universe - the one point through which access to other worlds is possible, like an elevator that runs among the floors of a building, yet belongs to none of them.

The Keepers call this gap the Synapse. 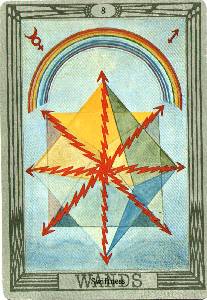 Aleister Crowley's name was Edgar Alexander Crowley. One of the two main characters of my book is named Alexander - Sarah and Alexander. He felt a link to the Egyptian God Horus - Resurrection. He was also a Freemason. We exist in a Masonic Program that comes full circle back to the Middle East - Iraq.

Another Book of Thoth can be found here.

I woke up Thursday night taking in my sleep - which I never do.

I was saying, "I am returning to my body because I no longer wanted to see this dream." Perhaps I was lucid dreaming, but the dream had a global overtone of darkness and foreboding.

When I spoke to my friend Ron about it - he said that he had had the same experience of waking himslef out of a dream. He usually dreams in black and white - but this dream was in color - which means it comes closer to manifestation.

In his dream - Ron saw a major explosion. Something is going to happen.

I spoke with two Chinese friends and wished them a happy New Year - February 1, 2003. They too were praying for peace and balance on the planet - but also felt this unsettled feeling that is part of the grid and we all experience r dream about.

The unsettling feeling is still there. It could have to do with an impending war - or something else - yet it feels that things are playing out as they were meant to at this time.

I took a break from my routines to spend a few hours at the Staten Island Mall with friend Yolanda who works there and my daughter, Zsia, and her two sons, Michael and Dylan.

We threw coins in a fountain and prayed for balance and a story that ends with, "They lived happily ever after........"

Recently I have been discussing new elements and precious metals that will be added to the periodic table and are part of our evolution. It is all about Alchemy, Ancient Egypt, the Blue and the Gold [blueprint and evolution of consciousness]

---- Hermes was Thoth the Scribe, Merlin the Magician, and Zoroaster [Z] among others. It is all about the magic and the illusion of time and the alchemy of consciousness now mving back to source through the spirals of time - Golden Mean - Phi Ratio. ____

I mentioned that new elements would be found - or should I say rediscovered - as everything exists - just in a higher frequency than we can perceive at this time.