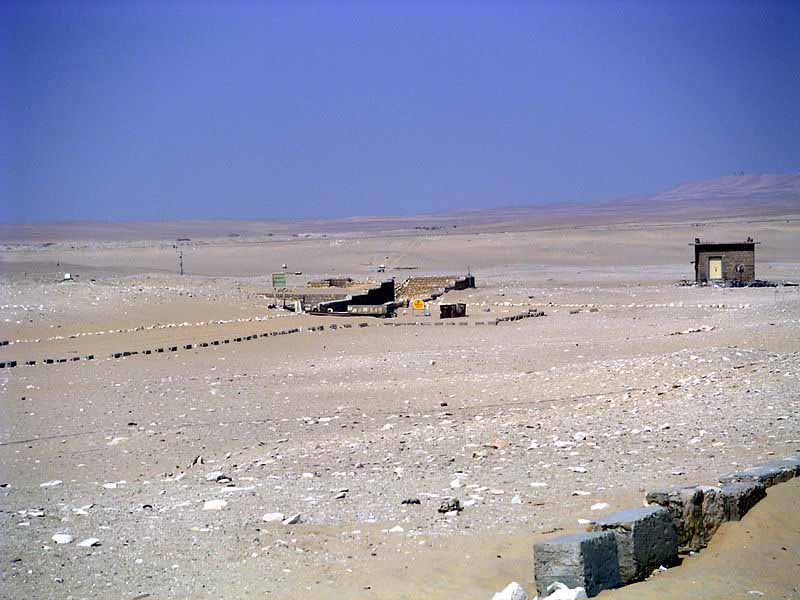 A serapeum is a temple or other religious institution dedicated to the syncretic Hellenistic-Egyptian god Serapis, who combined aspects of Osiris and Apis in a humanized form that was accepted by the Ptolemaic Greeks of Alexandria. The Serapeum of Saqqara is a serapeum located north west of the Pyramid of Djoser at Saqqara, a necropolis near Memphis in Lower Egypt. It was a burial place of Apis bulls, sacred bulls that were incarnations of the ancient Egyptian deity Ptah. It was believed that the bulls became immortal after death as Osiris Apis 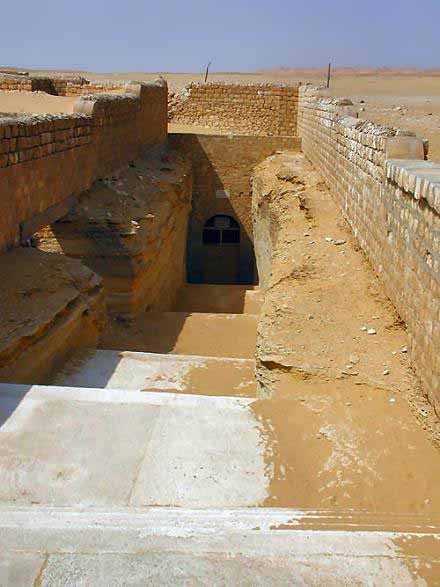 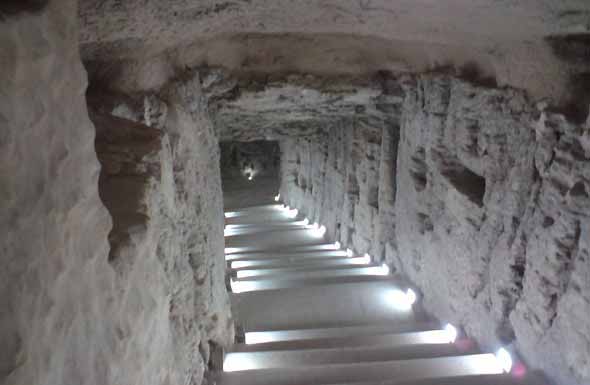 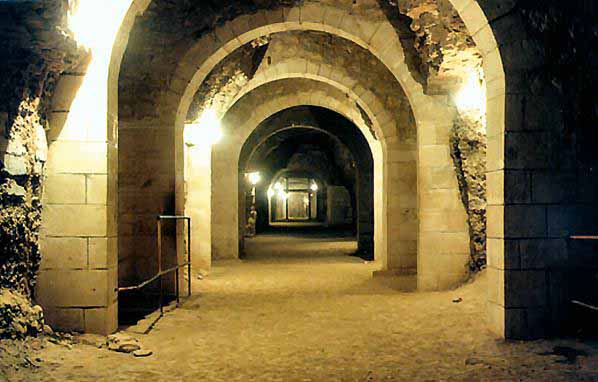 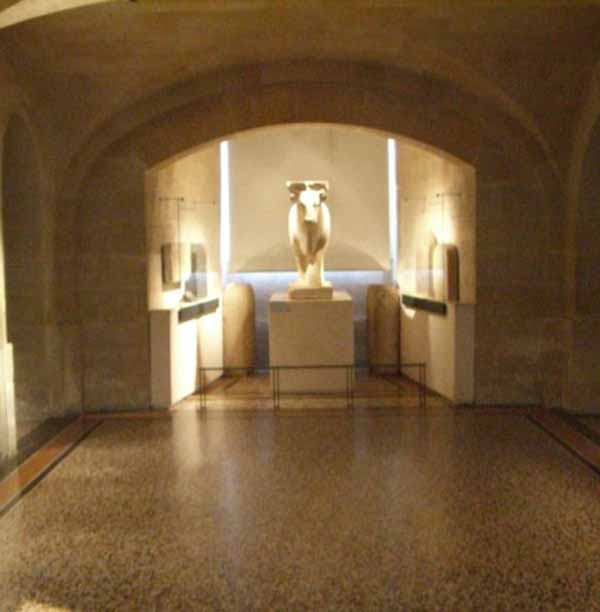 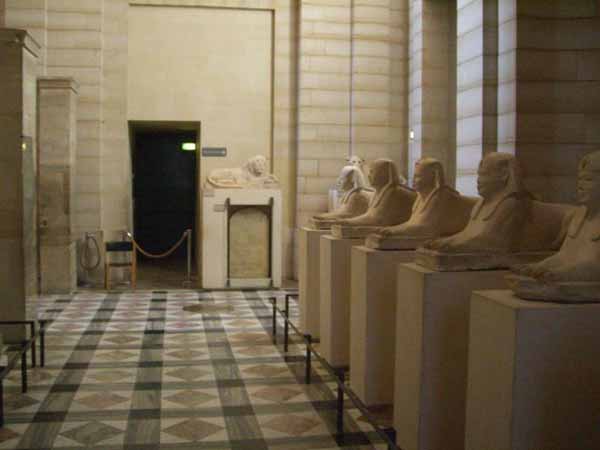 A 70-tonne basalt sarcophagus of an Apis bull. 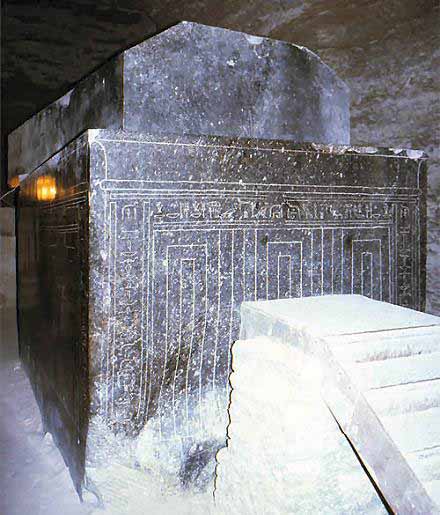 The Serapeum of Saqqara is a serapeum located north west of the Pyramid of Djoser at Saqqara, a necropolis near Memphis. It was the burial place of the Apis bulls, living manifestations of the god Ptah. It was believed that the bulls became immortal after death as Osiris Apis, shortened to Serapis in the Hellenic period. The most ancient burials found at this site date back to the reign of Amenhotep III.

In the 13th century BCE, Khaemweset, son of Ramesses II, ordered that a tunnel be excavated through one of the mountains, with side chambers designed to contain large granite sarcophagi weighing up to 70 tonnes each, which held the mummified remains of the bulls.

A second tunnel, approximately 350 m in length, 5m tall and 3 m wide (1,150x16x9.8 ft), was excavated under Psamtik I and later used by the Ptolemaic dynasty. The long boulevard leading to the ceremonial site, flanked by 600 sphinxes, was likely built under Nectanebo I.

The corridors form a virtual underground extending for hundreds of metres. The stone sarcophagi weigh as much as 70 tonnes and average some 4 metres in length and 3.3 metres in height. Twenty chambers still contain sarcophagi. The Serapeum was in use from the New Kingdom down to the Graeco-Roman period.

The temple was discovered by Auguste Mariette, who had gone to Egypt to collect coptic manuscripts but later grew interested in the remains of the Saqqara necropolis.

In 1850, Mariette found the head of one sphinx sticking out of the shifting desert sand dunes, cleared the sand, and followed the boulevard to the site. After using explosives to clear rocks blocking the entrance to the catacomb, he excavated most of the complex. Unfortunately, his notes of the excavation were lost, which has complicated the use of these burials in establishing Egyptian chronology.

Mariette found one undisturbed burial, which is now at the Agricultural Museum in Cairo. The other 24 sarcophagi, of the bulls, had been robbed.

A controversial aspect of the Saqqara find is that for the period between the reign of Ramesses XI and the 23rd year of the reign of Osorkon II - about 250 years, only nine burials have been discovered, including three sarcophagi Mariette reported to have identified in a chamber too dangerous to excavate, which have not been located since.

Because the average lifespan of a bull was between 25 and 28 years, egyptologists believe that more burials should have been found. Furthermore, four of the burials attributed by Mariette to the kingdom of Ramesses XI have since been retrodated. Scholars who favour changes to the standard Egyptian chronology, such as David Rohl, have argued that the dating of the twentieth dynasty of Egypt should be pushed some 300 years later on the basis of the Saqqara discovery. Most scholars rebut that it is far more likely that some burials of sacred bulls are waiting to be discovered and excavated. 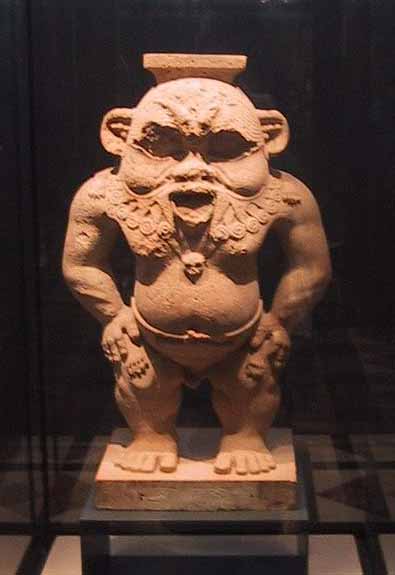 The legendary Serapeum is where the sacred bulls of Apis are buried. Archeologist Mariette discovered this temple in 1850, in the early days of archeology. In this dig, he found the famous "Squatting Scribe" statue. This statue is considered to be one of the greatest sculptures ever found. He also found the statue of the dwarf god, Bes. In Le Serapeum de Memphis, Mariette describes some of his excitement about his find: Its rockcut corridors and burial chambers were excavated for the Apis bulls which were sacred to god Ptah.