The Saqqara Tablet in the Egyptian Museum contains one of several lists of Egyptian pharaohs surviving from the Ramesside Period. It was found in 1861 in the Saqqara tomb of Tjenry (or Tjuneroy), an official ("chief lector priest" and "Overseer of Works on All Royal Monuments") of Ramesses II.

The inscription lists 58 kings from Anedjib and Qa'a (1st dynasty) to Ramesses II (19th dynasty) in reverse chronological order, omitting "rulers from the Second Intermediate Period, the Hyksos, and those rulers... who had been close to the heretic Akhenaten".

The cartouches (of which only 47 survive) are badly damaged. Inaccuracies abound, e.g., the tablet mentions only four rulers from the 3rd dynasty. The chronology is correct only for the kings of the 12th dynasty. 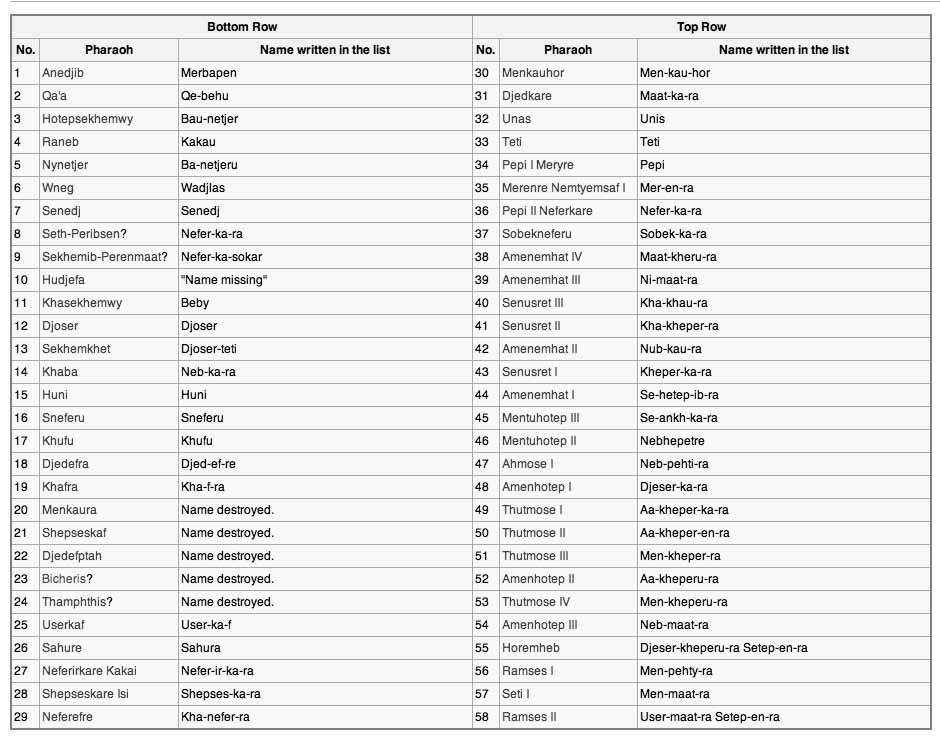