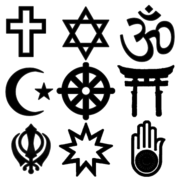 Religion is a cultural system of behaviors and practices, world views, ethics, and social organization that relate humanity to an order of existence. About 84% of the world's population is affiliated with one of the five largest religions, namely Christianity, Islam, Hinduism, Buddhism or forms of folk religion. With the onset of the modernization of and the scientific revolution in the western world, some aspects of religion have cumulatively been criticized. Though the religiously not affliated, including atheism and agnosticism, have grown globally, many of the unaffiliated still have various religious beliefs. About 16% of the world's population is religiously unaffiliated. The study of religion encompasses a wide variety of academic disciplines, including comparative religion and social scientific studies. Theories of religion offer explanations for the origins and workings of religion. Read more...


Disbelieve it or Not, Ancient History Suggests That Atheism is as Natural to Humans as Religion   Ancient Origins - February 18, 2016 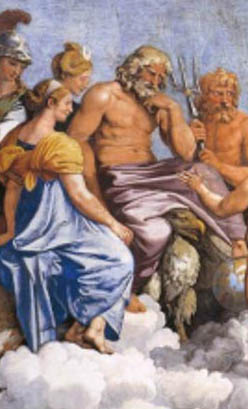 People in the ancient world did not always believe in the gods, a new study suggests - casting doubt on the idea that religious belief is a 'default setting' for humans. Despite being written out of large parts of history, atheists thrived in the polytheistic societies of the ancient world - raising considerable doubts about whether humans really are wired for religion - a new study suggests.

The claim is the central proposition of a new book by Tim Whitmarsh, Professor of Greek Culture in which he suggests that atheism - which is typically seen as a modern phenomenon - was not just common in ancient Greece and pre-Christian Rome, but probably flourished more in those societies than in most civilizations since. As a result, the study challenges two assumptions that prop up current debates between atheists and believers: Firstly, the idea that atheism is a modern point of view, and second, the idea of 'religious universalism' - that humans are naturally predisposed, or wired, to believe in gods. His book surveys one thousand years of ancient history to prove the point, teasing out the various forms of disbelief expressed by philosophical movements, writers and public figures. 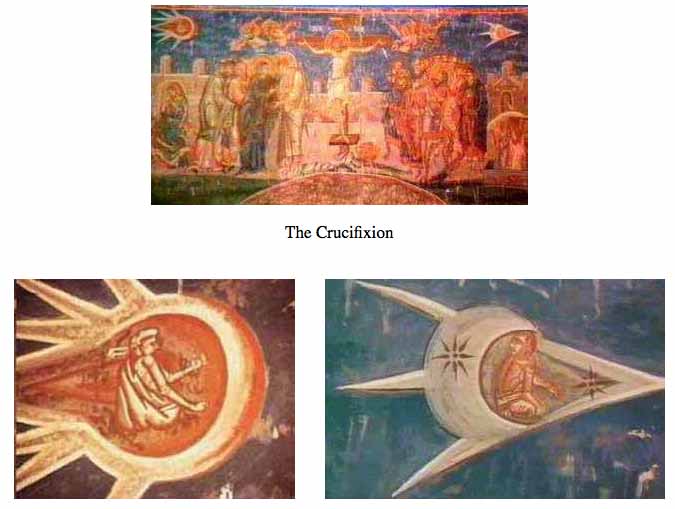 
Religion is based on legend and oral tradition about mythological gods and goddesses who created, and watch over humanity, to return one day or at the end of (the illusion of) time.

Ancient Alien Theory suggests mythological gods were aliens who came to Earth in various guises, stayed for a while, perhaps creating one or more species of humans as part of biogenetic experiments, leaving behind megalithic monuments and other signs of their presence and their interaction. Evidence of their existence is allegedly found throughout the planet, and in most cases remains a mystery. Ancient astronaut theory also suggests that different species of alien gods are battling with each other over planet Earth to this very day.

Religious beliefs throughout history have always spoken about gods who return at the end .... of what? That's a good question. To understand who we are is to understand the nature of reality as a consciousness hologram or experiment in which we experience at this and other levels of reality simultaneously.