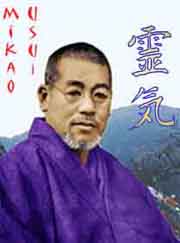 Reiki is a form of alternative medicine called energy healing. Reiki practitioners use a technique called palm healing or hands-on healing through which a "universal energy" is said to be transferred through the palms of the practitioner to the patient in order to encourage emotional or physical healing.

Reiki is a pseudoscience. It is based on qi ("chi"), which practitioners say is a universal life force, although there is no empirical evidence that such a life force exists. Clinical research has not shown reiki to be effective as a treatment for any medical condition. There has been no proof of the effectiveness of reiki therapy compared to placebo. An overview of reiki investigations found that studies reporting positive effects had methodological flaws. The American Cancer Society stated that reiki should not replace conventional cancer treatment, a sentiment echoed by Cancer Research UK and the National Center for Complementary and Integrative Health.

Developed in Japan in 1922 by Mikao Usui, Reiki has been adapted into varying cultural traditions across the world. Read more ... 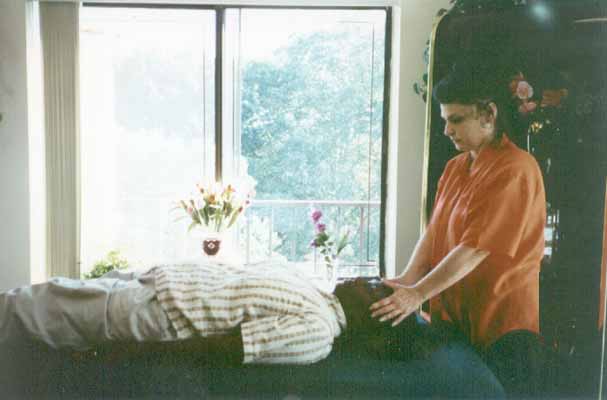 In 1995 I became a Reiki Master preferring to teach rather than work as a healer. Reiki helps both teacher and student understand how energy works allegedly to heal and raise one's frequency. It is an interesting experience especially when done in a group followed by a meditation.

Reiki is in the evolving tool allowing healers to heal themselves by healing others and come into higher frequency of thought and consciousness.. This pattern is found in all modalities of healing be there a physical touch or sound or anything else that a healer is drawn to alone or in combination with other tools.

Since becoming a Reiki Master I have watched the methods of teaching Reiki evolve. It's like watching the Reiki experience branch off based on evolving needs. Nothing remains the same nor should it.

I have met people who studied Reiki years ago practicing diligently for years to become a Reiki master, paying as much as $10,000 to that end. On the flip side, as times evolved, I have met people who were attuned by friends who were Reiki Masters, within one day, or weekend, with no fee.

In most hands-on healing modalities, you are taught that energy moves from the healer to the patient only, but that is not true. All energy transfers both ways as the electromagnetic grids of two people combine. It is why many healers burn out and cross over - as I have witnessed over past decades. Never heal unless you're healthy yourself.

Reiki allows one to become more aware and more psychic. Always remember - healing moves from the soul level -> emotional level -> to the physical.

Reiki relieves symptoms, the root cause of the disease to be found in the person's emotional body and genetic code, which generally goes beyond what Reiki can offer even with the most skilled practitioners. No one heals until they are programmed to do so in the simulation of reality.

Enjoy transferring energies but in today's world (2019 and on ... ) know that all healing tools are a means to and end - that being the realization that reality is a simulation that is closing.


Symbols are now used in different ways ... but think about it ... is there really a right or wrong way or what works for the healer? The first Reiki symbol is "Chu Ku Rei" which shows you that consciousness moves in spirals from above to below and back depending on direction (clockwise and counter-clockwise) - and correlates with the motions of time. This also takes us to the rotations of the Merkabah and the Swastika as other vehicles that move consciousness in time.


Just for fun ... look at the symbol below. Place your palms up. Relax. Say or think the words "Cho Ku Rei" ... pause a minute or so ... focus on your palms ... feel the energies. Incoming energy may radiate through your body - or you could feel nothing. Repeat as guided. You can next experiences by placing your hands several inches apart and feeling the flowing. Next slowly move them apart and see how wide the distance is till the energies disconnect. The wider - the more powerful. Next step if guided - practice on someone else but no one with a serious medical problem.

The best hands-on healers I know never studied any modality. They just go as guided. 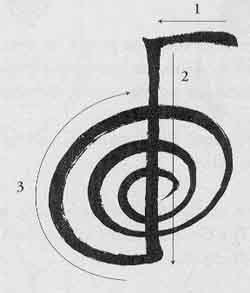 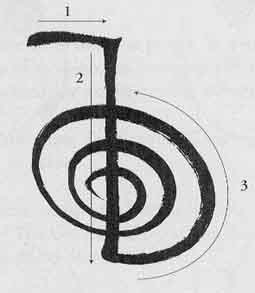 If you want to draw this symbol in the air, make the #7 then create the spiral while your hand moves downward clockwise or counter- clockwise. You can also say "Cho Ku Rei". That's it ... Depending on the direction your hand moves you will understand where your consciousness is in time or if it is stuck in the emotional grid. Right now it should move counter-clockwise as we return to zero point.

The brain is an electrochemical machine (computer)
that processes through binary code zeroes and ones
that create patterns of experiences and realities. 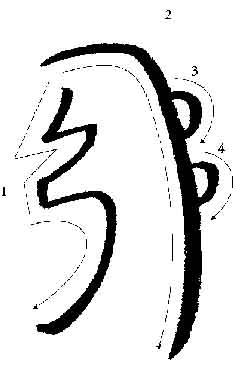 
Emotional Issues and should be first in my opinion.
You can't heal the physical body without healing the emotional body first. 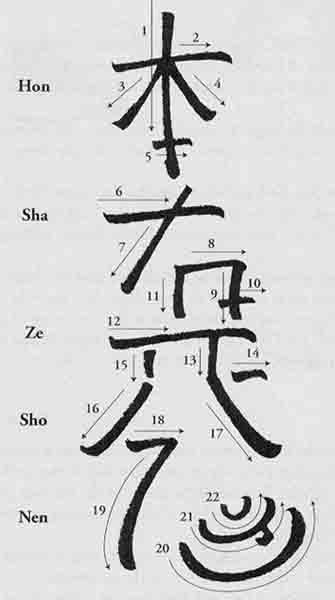 
Distance healing which means connecting your
grids with another and shifting them. Not for everyone.

Can you memorize this symbol?


There are no masters
ascended or otherwise,
just projections in the hologram