There is an exponential increase in the synchronicities - coincidences - in people's lives these days. You only have to think about something - or someone - and the connection is instantly manifest. This is due to shifts in reality and a move to higher frequency vibrations.

Last Sunday I read a woman who is a natural empath, healer and psychic.

She had called me on Saturday evening in hopes of getting a reading the next day.

She felt strongly guided to see me last Sunday.

I gave her the last appointment and driving instructions to get here.

Suddenly said to me, "Clocks! I 'see' clocks all around you! What does that mean?"

Though there are many clocks in my home - I was surprised at what she said and the way she said it.

I quickly realized that Z was sending Michelle for more than just her reading.

Michelle reads tarot cards for her friends - and is far more gifted than she realizes.

As it turns out - she collects clocks also.

Our meeting went quickly as we chatted with her deceased mother among other things.

After we completed the reading Michelle walked into my livingroom - as if guided - and stood in the portal. This is the portal that Bill dowsed last summer and that Harold walked to immediately. It is a source of very high EM energies. Everyone goes right to it and feels it. I suppose it's the main portal in my home but I'm not sure as I don't pay attention to those things anymore.

As she walked around the livingroom - and stepped into the portal - she sensed the movement of spirits. As you know from some of my past articles -the spirit world - parallel realities - other grid programs - move 'alongside' our world/program - and spirits pass right through us. They don't see us and we don't see them - unless you are a sensitive like Michelle - then you pick up their frequencies - as all we are is 'frequency'. I guess you've seen this kind of interdimensional blending in the movies or on TV. On occasion you may 'see' a spirit out of the periphery - corner - of your field of vision. This often appears as a dark shadow that darts past you very quickly.

The energies of the spirits in the livingroom were clear to both of us - nothing harmful - just busy spirits doing 'their thing'!

She touched several of the clocks and said I was linked with time in some way.

When Michelle talks to spirits it is most interesting. She chats with them as you and I would talk to each other - but she can get become melodramatic in her presentation. It was humorous to both of us as the spirits she spoke to made us laugh. She thought the way they flowed in and out of her was more intense than she had experienced anywhere else. She sort of 'shook them loose' from her body as went walked down the hall to the den.

We entered the den where I keep the pocketwatch on a shelf alongside some old family pictures.

I handed Michelle the pocketwatch as she was so tuned in to me and clocks and time.

She closed her eyes for a second and listened to the spirits. She knew little about my life and adventures. She isn't much into computers so she didn't know about Crystalinks. When she originally called me she said we had met 11 years ago at a psychic fair in Long Island. Oddly - I never attended the fair she was referring to.

Michelle didn't know about my recent experience in Egypt when the pocketwatch disappeared and manifested on 12-12 at 12:12 AM.

She held the watch and said, "This watch is partly here and partly in another place." She indicated her left side then her right side - as she moved from side to side.

With the left side she said, "This is the dark side where we are."

She moved her body to the right and said, "This is where the watch went . . . where it is light. It is another dimension. The right is like an afterlife. Things are clear there. The sky is pastel blue."

She opened her eyes and looked at me.

(I assumed she meant Z bit said nothing!)

The Z is in the right world and the F is in the other."

"You go back and forth from both worlds. There is a rainbow that sometimes links them - but the arch has an odd angle. Between the worlds is a line that separates them."

I asked if the worlds could merge!

"The man is moving away. He is gone but I hear lots of loud laughter."

"I see another man. He is fat and balding. He laughs all the time. I'm not comfortable with him? Do you know him?"

I asked what my next mission here was about?

"He says that you will be told sometime between February 12-27 - but he won't share that information with me."

I found that interesting as Anna had said that something will fall into place for me around my birthday - February 17th.

Yet there was this feeling of illusion and trickery . . .

I asked if the information given in February would be of importance - or more 'busy work' - as I have come to feel that most things in the program are total busy work.

Michelle replied, "He said that it won't be busy work!"

I wasn't buying it. I protested and said that unless I have the answers I sought for myself and others - i wouldn't bother with any more questing. I'm 'quested out'!

Michelle said, "He is laughing. . . . He says he finds way to make you and others think you have things to do. He creates this by illusion and trickery!"

Michelle was getting a bit uncomfortable with his energies.

We decided to 'call it a day' - and released the energy from her as part of it was channeled.

We plan to stay in touch and do some more work on 'the game'.

This energy was not a 'dark soul' so to speak . . . by the trickster himself come to play games with us.

Z had been warning me about him for months so I was on my guard.

The game is between the light and the trickster (dark) - in a manner of speaking (all are metaphors). It IS his game. He creates it and we buy into it as we want to believe - and enjoy a good game - or we wouldn't be here at all.

When you're in this game - as long as I have been - you know busy work when you see it. You also know when there's trickery afoot.

I suppose our 3D program creates both sides of the equation into our genetic make-up - the god (good) and the trickster. They are both part of who we are - or so it would seem . . . (Laugh) 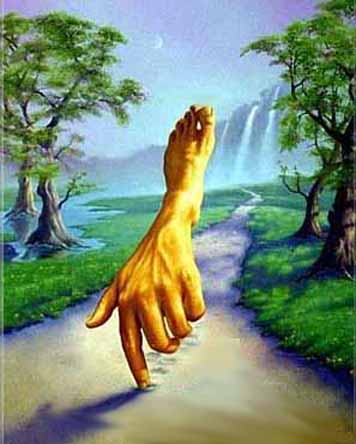 Now here I am with a foot (soul) in two worlds and a pocketwatch that moves back and forth between worlds - like a pendulum.

Earlier in the day I had read another psychic - Marianne - who wanted to do a reading for me after I completed reading her. I handed her the pocketwatch. Oddly she sells watches for a living. She held it and said, "It's not your watch. It belongs to a man. I am certain of that!" Curious . . . She saw the watch in the cup of his 'hands' - just as I had - when it disappeared in Egypt.

Our trickster plays a good game!

I feel as if I've been playing against him since it began . . . perhaps we all have.

Do we rationalize his tricks as learning lessons? karma?

If I were to give our trickster a reason for being . . . I would say it is his job to create imbalance to keep the game going . . . as that is the nature of the game/reality.

I've never cared for people who play games - especially head games - tricks - clowns - the face behind the illusion. What appears behind the illusion always seems to be fear, anger and pain - which we sometimes call dysfunctional personalities.

What is my part in the game?

Our trickster seems to be directly challenging me in a playful way. Is this the way to find the out the truth behind the illusion? Did I ask for this challenge?

As we create our realities - is this the game I want to play as it takes me past 3D reality?

Z had told me that the great pyramid was all an illusion - filled with tricks.

Deja had told me that the disappearing watch was the old 'disappearing magic trick' played by the trickster.

In the pyramid I was playing in the trickster's ballpark - or is it ALL his ballpark.

His energy are liken to that of a child who wants to play . . . by his rules.

Children at puberty are linked to telepathy - telekinesis - and poltergeist activity - trickery. I get so many emails from 12-15 years old who find they have this ability and want to learn how to control and enhance it. Was it Carl Jung who said that our reality is but a dream . . .created by the mind of a child? Reality often feels like the antics of a teenager at puberty - but in my souls I don't see it as the dream of a child - perhaps the creation of a teenage tech wiz!

Was this the aspect of a soul who had played all of the villainous roles in all of our 'cycles of time' - the Devil, Hitler, etc.?

I am always the horse/ knight in the game of chess when I see that symbolism. The knight moves two steps forward then one step to the right or left - isn't that what Michelle had done? The knight can win the game . . . I am generally a brown horse in meditation. 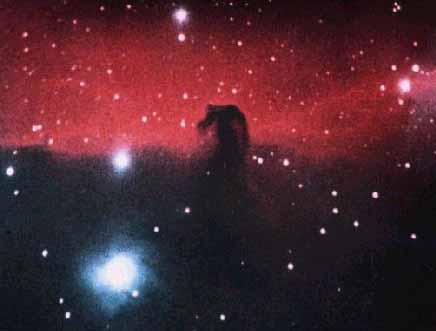 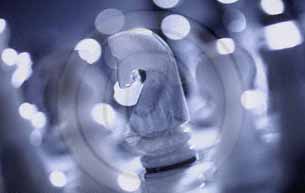 In the game of chess I am always the white horse. 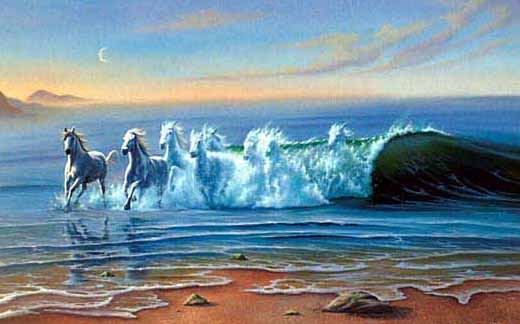 Z was comfortable with my analysis. . .

We are playing a game against a trickster!

Yet our trickster has the upper hand as he plays from a different level . . . shades of Q on 'Star Trek The Next Generation'. 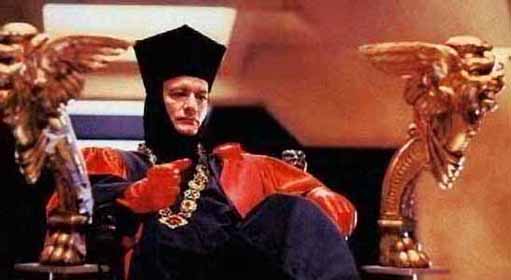 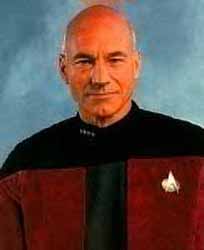 just not as sophisticated.

In the past few days - or should I say night - I seem to be busy on 'the other side'. What else is new?! People are remembering meeting me in their dream time - dreamspace - and interacting with them. The synchronicities here seem to be that in all instances I only have half a form vs. a full form.

Here is an example from Halen -

"In my dream you were searching for a patio umbrella. (Umbrella is an archetype for 'hiding information'). You were very adamant about finding it. You were very concerned about information that affects every soul on the planet. Then you drove away . . . but I caught up with you. You were driving some type of vehicle - possibly some type of space vehicle for one person. (Vehicle of any type is an archetype for a person's lifepath - ship - train - car - plane - etc.). What was strange was that you only had half a body which really did not concern you."

Tuesday morning I received an email from Patricia
who recommended a website called The Great Illusion. 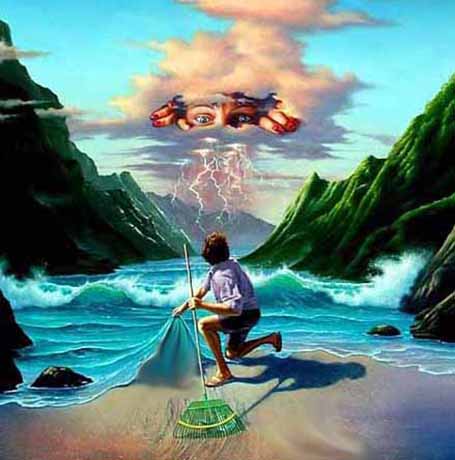 that connected for me. 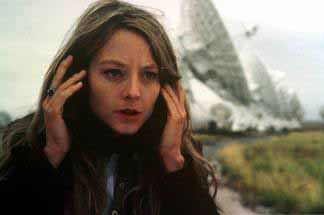 who goes off to find other civilizations
only to discover that is it all an illusion.