The Pyramid of Senusret II 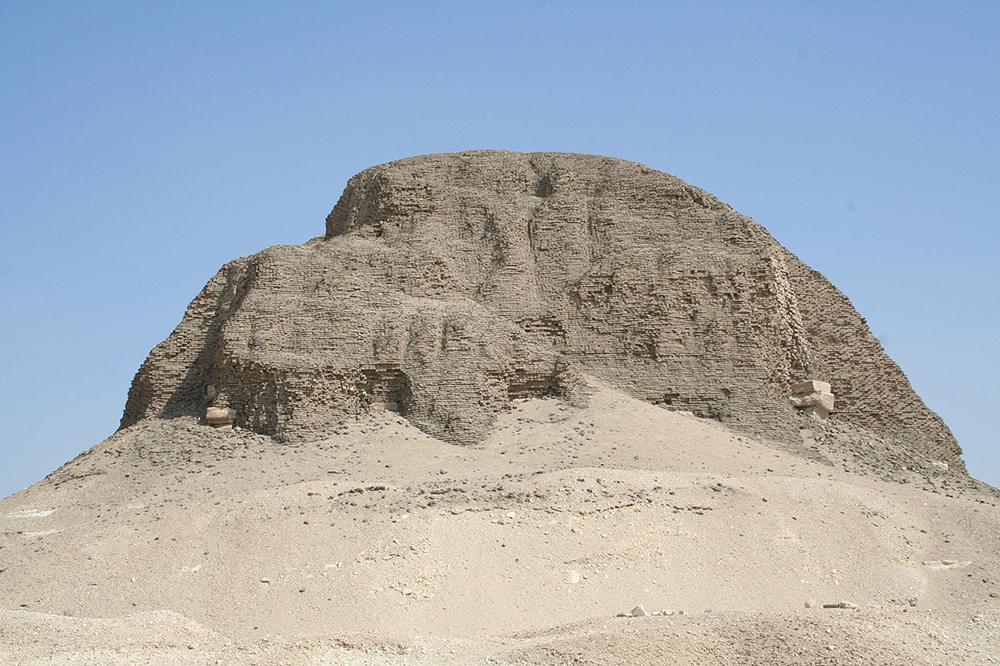 The Pyramid of Senusret II, (in ancient Egyptian Kha Senusret meaning Senusret Shines), is the pyramid complex constructed for the pharaoh Senusret II in the Twelfth Dynasty.

Senusret II chose to build his pyramid, called Senusret Shines, near the modern town of Lahun (Kahun) at the opening of the Hawara basin near the Faiyum, rather then at Dashure where his father's (Amenemhet II) pyramid is located. It was first investigated by the Lepsius expedition in the 1840s, but was only later examined in detail by Petrie.

The location of Senusret II's valley temple is known but no ground plan can be made from its ruins. The causeway is likewise ruined, but must have been broad, and of the completely destroyed mortuary temple on the east side of the pyramid, all that is known is that it must have been built of decorated granite, judging from the few fragments that remain.

In building this pyramid Senusret II's archetects took advantage of a natural stump of yellow limestone that they cut down into four steps to serve as the pyramid's base core. Mudbrick was used to build the upper part of the core, and as several pyramids before, wings were built out from this core and cross walls within the wings were built to form a framework. The resulting sections were then filled with mudbrick. Also like some prior 12th Dynasty pyramids, the casing was set into a foundation trench at the base of the pyramid. Most of the casing was carried off to build a structure for Ramesses II, though parts of the black granite pyramidion that set atop the pyramid have been found. There was also a cobble filled drainage ditch around the pyramid that was filled with sand to channel rain water.

While the pyramid had been robbed in antiquity, it nevertheless took Petrie months to located the entrance to this pyramid. The reason is that for the first time, the builder's were more interested in security then religious tradition, and therefore hid the entry passage in the pavement of the pyramid courtyard near the east end of the pyramid's south side. Prior to this, just about all pyramid entrances were in the middle of the north side. This was because in the astral and celestial religion of the old kingdom, the king was to leave his tomb to the north where he was himself to become both a star and a deity. However, because of the rise in the cult of Osiris, this became less important, and it was more meaningful for the tomb to resemble the underworld of Osiris. 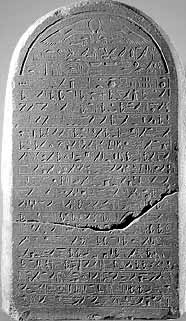 The vaulted entrance corridor was too narrow for a large sarcophagus and the blocks used to line the burial chamber, though another entrance was hidden farther south, beneath a sloping passage to the tomb of an unknown princess. This shaft is about 16 meters (52 feet) deep, and a corridor at the bottom leads to an entrance hall below the formal entrance shaft. The hall has a vaulted ceiling and a niche at the east end of the hall contains a ritual well, the bottom of which has never been reached. It drops to at least the water table. Because ritual shafts did not become prominent until much later, some Egyptologists maintain that the shaft may have been built to monitor the ground water, or for other unknown purposes.

After the entrance hall another corridor gradually rises before passing through a chamber to the left and finally arriving at an antechamber. From the antechamber, the substructure takes a 90 degree left turn, passing through a short corridor to the burial chamber, which lies under the southeast quadrant of the pyramid. The burial chamber is sheathed in granite and has a gabled roof. A red granite sarcophagus fills the west end of the chamber. Before it stood an alabaster offering table.

From the southeast corner of the burial chamber a short corridor leads to a small side chamber where leg bones, presumably of the king, were found. At the northwest corner at the head of the sarcophagus is the entrance to a passage that loops around the burial chamber to a doorway in the short corridor between the antechamber and the burial chamber. Stadelmann believes that this strange corridor presented a symbolic exit to the north for the king's spirit. But it also creates a symbolic subterranean island that can be related to the god, Osiris, who's worship was on the rise during the 12th Dynasty.

The enclosure wall, like that of his grandfather's, Senusret I, had a limestone casing with niches reminiscent of Djoser's complex. This was a revival of archaic funerary enclosures. Another strong Osiris influence, the "grove surrounding the "mound", was represented by a row of trees planted around the outer wall that was covered in mudbrick.

In addition to the tombs of the princesses to the southeast, between the pyramid and the north section of the enclosure wall, eight mastabas were built using mudbrick to cover a superstructure carved from the bedrock, similar to the manner in which the pyramid was built. A small pyramid lies at the north end of this row of mastabas, thought to be that of a queen. If it is not the pyramid of a queen, but an unlikely cult pyramid, it would have been the last such structure built, rather then that of his grandfather's, Senusret I. Though this pyramid does have a North Chapel, Petrie never found a subterranean structure even after exhaustive investigation. The only evidence we do have that the pyramid belonged to a queen is its placement within the complex and a partial name from a vase that Petrie found in a foundation deposit. 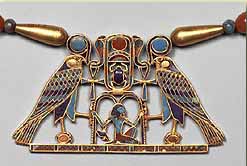 West of the entrance shaft of the pyramid Petrie discovered the ruins of the tomb of Princess Sathathoriunet (Sithathoriunet), where he discovered the famous Treasure of el-Lahun, which included wonderful jewelry and other items from the her burial equipment. These items included a gold headband, a gold necklace of small leopard's heads, two gold pectorial ornamented with precious stones one of which was inscribed with Senusret II's name and the second with the name of Amenemhet III. There were also other bracelets, rings and alabaster and obsidian vessels that were decorated with gold, all of which today can be found in the Egyptian Antiquities Museum in Cairo.

Nearby the complex to the northwest lies the ruins of the pyramid town that grew up around the construction of Senusret II's pyramid. Coriginally named Hetep Senusret, meaning "May Senusret be at Peace". It has provided considerable information to Egyptologists on the lives of common Egyptians and urbanism. This ancient village is today known as Lahun, or Kahun, after the local nearby village. 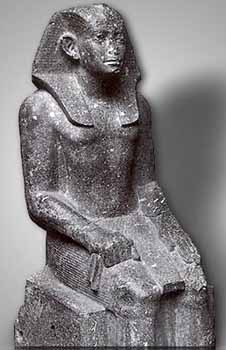