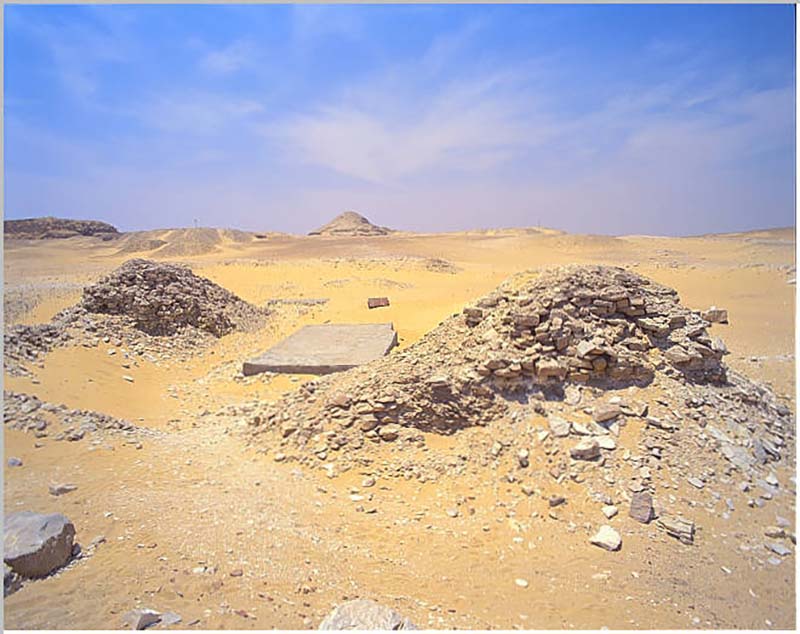 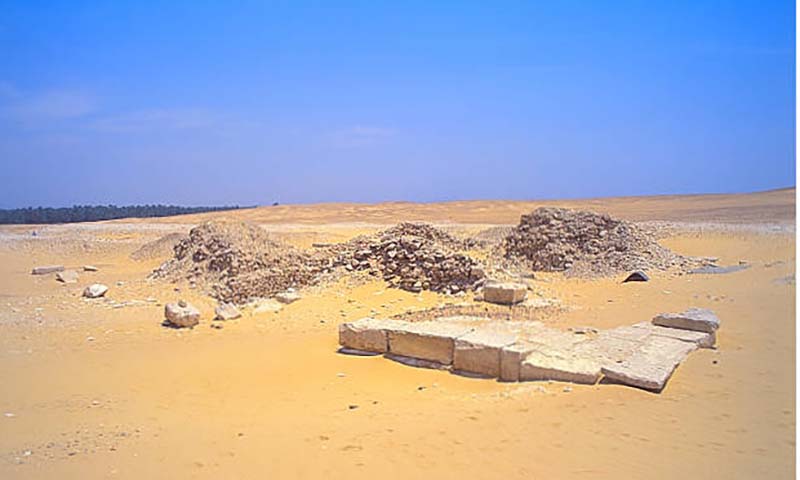 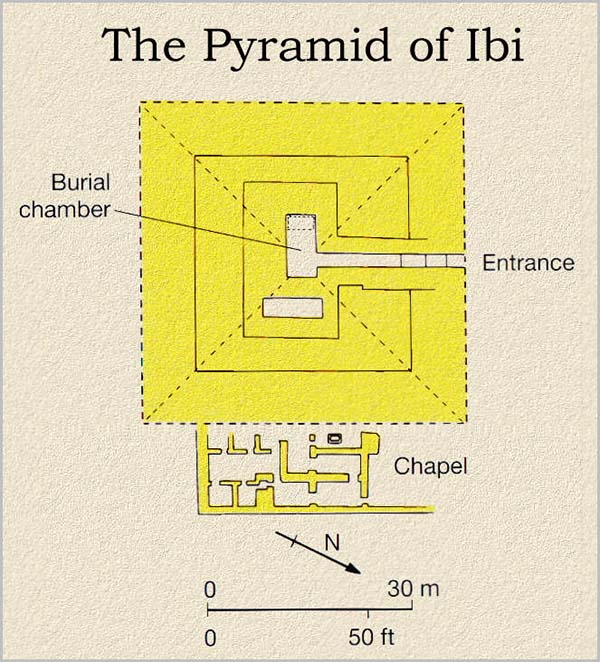 Qakare Ibi was an ancient Egyptian pharaoh during the early First Intermediate Period (2181-2055 BC) and the 14th ruler of the Eighth Dynasty. As such Qakare Ibi's seat of power was Memphis and he probably did not hold power over all of Egypt. Qakare Ibi is one of the best attested pharaohs of the Eighth Dynasty due to the discovery of his small pyramid in South Saqqara.

Qakare Ibi was buried in a small pyramid at Saqqara-South. It was discovered by Karl Richard Lepsius in the 19th century who listed it as the number XL in his pioneering list of pyramids. The pyramid was excavated from 1929 until 1931 by Gustave Jequier.

Ibi's pyramid is the last ever built in Saqqara, located to the northeast of Shepseskaf's tomb and near the causeway of the Pyramid of Pepi II. It is very similar in plan, dimensions and decorations to the pyramids of the queens of Pepi II, the last great pharaoh of the Old Kingdom. Consequently it was proposed that the pyramid was originally that of Ankhnespepi IV - "Pepi lives for her" - a wife of Pepi II, and was only later appropriated by Ibi. Adjacent to the pyramid is a small chapel where the funerary cult took place. No trace of a causeway nor of a valley temple has been found to this day, and it is likely that there never was any.

Ibi's pyramid is not oriented to any cardinal point, being rather on a northwestąsoutheast axis. The edifice would have been around 31.5 m (103 ft) large and 21 m (69 ft) high with a slope of 53°7' at the time of its construction. The core of the pyramid was built with limestone blocks of local origin, most of which are now gone, probably reused in later constructions. As a result, the monument appears today as a 3 m (9.8 ft) high heap of mud and limestone chips in the sands of Saqqara. On some of the remaining blocks, inscriptions in red ink were found mentioning a chief of the Libyans, the meaning of which is unclear. It seems that even though the foundations for the outer casing of the pyramid were laid, the casing itself was never mounted.

On the north side of the edifice, JÄquier found a 8 m (26 ft) long limestone-clad corridor leading down with an inclination of 25° to a large granite portcullis. Behind this portcullis lay the king's burial chamber. Both the corridor and the walls of the burial chamber were inscribed with the last known instance of the Pyramid Texts.

The texts seem to have been directly inscribed for Ibi rather than appropriated by him. Jequier judged the quality of the inscriptions as "very average". Furthermore, the placement of the spells appears relatively indiscriminate. The burial chamber's ceiling was flat and decorated with stars. It was probably made of a single 5 m (16 ft) long block of Tura limestone now missing. Today a large block of concrete protects the chamber.

On the west side of the burial chamber is a false door and a huge granite block on which once stood the sarcophagus of the king. On the east side there is a serdab for the statue of the Ka of the deceased.

Adjacent to the east side of the pyramid is a small mudbrick chapel which served as temple for the cult of the dead king. The entrance of the chapel is located on its north side. Inside the temple, immediately against the pyramid wall is an offering hall where Jequier found a stone washbasin as well as stele or a false door of which only the foundations remain. An alabaster tray and obsidian mortar tools were also discovered there. The south part of the chapel is occupied by magazine rooms.