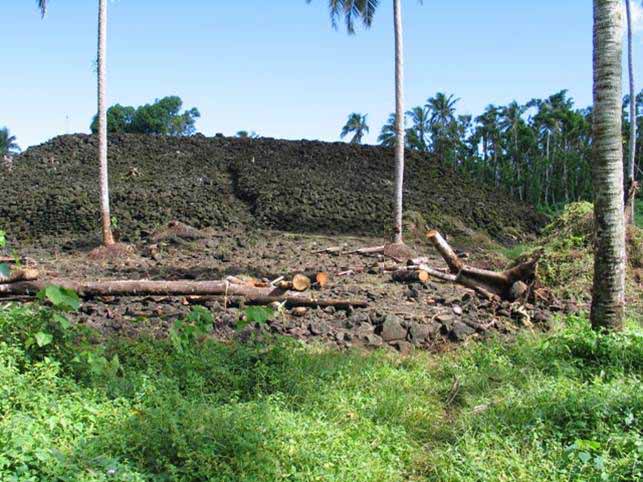 The Pulemelei mound or the Star Pyramid on the island of Savai'i (part of Samoa) is the largest and most ancient structure in Polynesia. The pyramid was built in the shape of a five pointed star.

It is a pyramid constructed of natural basalt stones and at its base measures 65m x 60m and has a height of about 12m. Excavations have revealed that it was probably constructed sometime between 1100-1400 AD and was no longer used by 1700-1800 AD.

It is almost squarely oriented with the compass directions.

Smaller mounds and platforms are found in four directions away from the main structure. There is a relatively large platform about 40 metres north of the main pyramid and connected to it by a stone walkway.

Unfortunately the jungle there is almost uncontrollable. The pyramid has been cleared on several occasions, but tends to get overgrown quickly once again. <