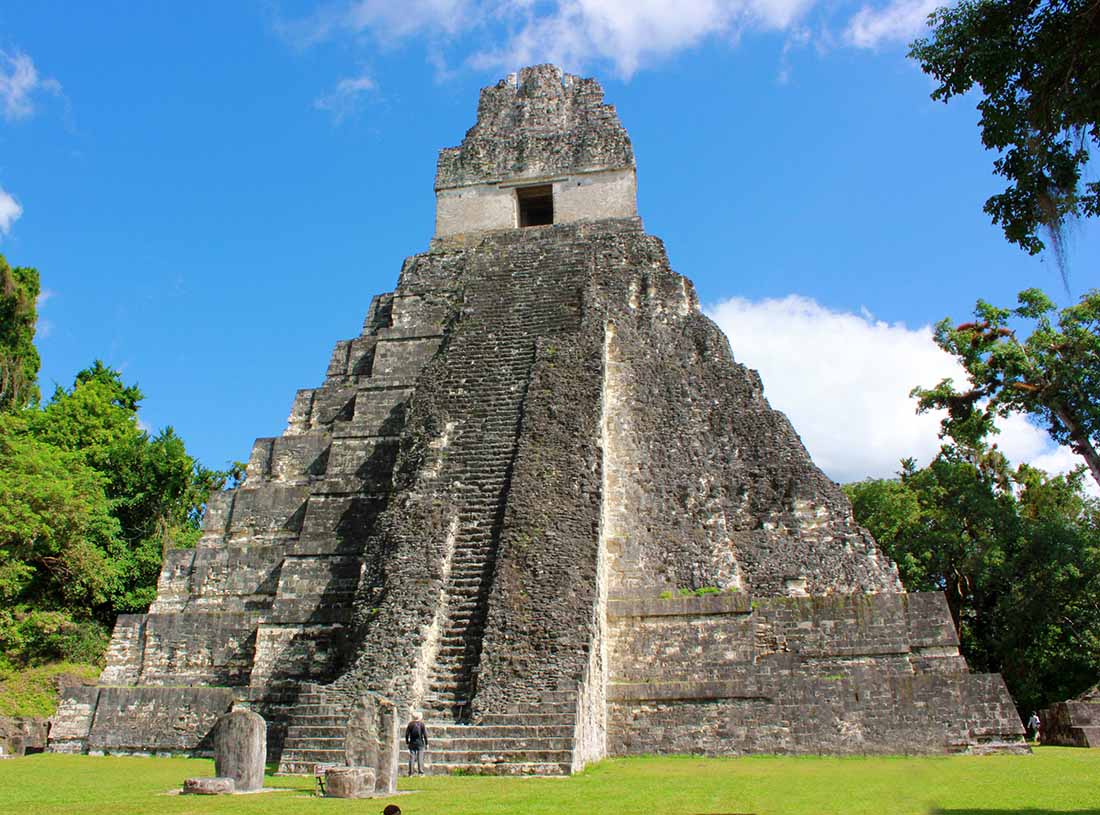 The Lost World Pyramid began as a small astronomical viewing platform which faced three structures to its east which marked, in turn, the position of the rising sun at the spring solstice (north building), the equinox (center building), and the winter solstice (south building)."The location of the Lost World Pyramid was first occupied in the earliest times of Tikal's settlement.

A pyramid with four stairs, one to each side, is called a radial pyramid, and the first version was built by 500 BC. The astronomical concept was formalized with new constructions between 500 and 250 BC in the Late Preclassic including a new radial platform and a new eastern platform, both much larger than the prototype from the Middle Preclassic. The importance of the east-west axis was established at this time by the placing of burials and caches along it. There is a contrast between this formal and ritual complex with that of the other major contemporary complex, the North Acropolis in which the ritual axis of importance to burials was north-south." 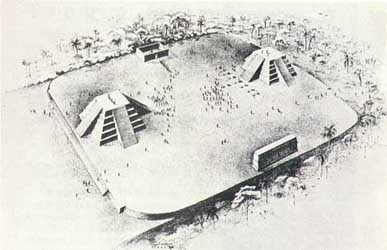 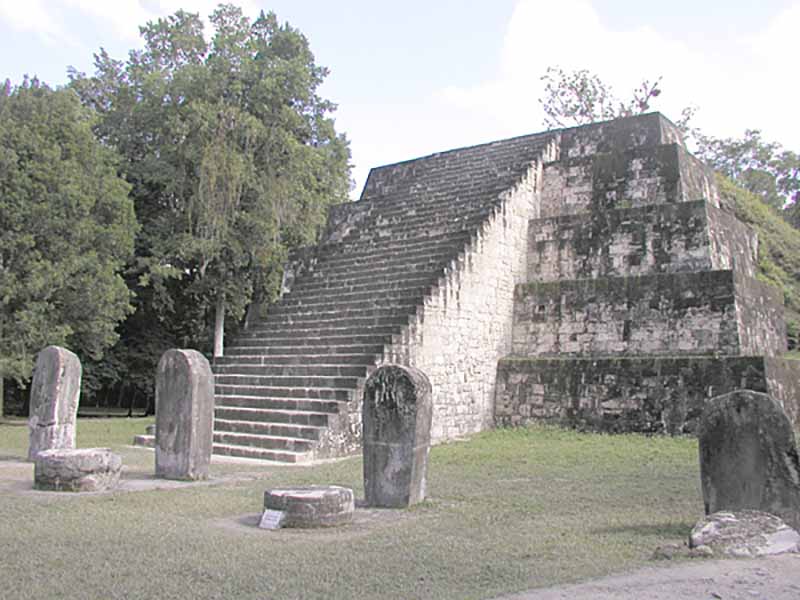 A twin-pyramid complex has been identified at Yaxha, a large city that was 30 kilometres (19 mi) to the southeast of Tikal. Another has been mapped at Ixlu, and Zacpeten appears also to possess at least one twin-pyramid complex and possibly two. These examples outside of Tikal itself indicate that their cities were closely linked to Tikal politically.

The basic layout of a twin-pyramid complex consists of identical pyramids on the east and west sides of a small plaza, with a walled enclosure to the north housing a sculpted stela-altar pair and a range building to the south. Plain monuments were generally raised at the foot of the east pyramid. The term "twin-pyramid complex" was first used in 1956 by Edwin M. Shook when he recognised that five such groups conformed to a similar architectural pattern.