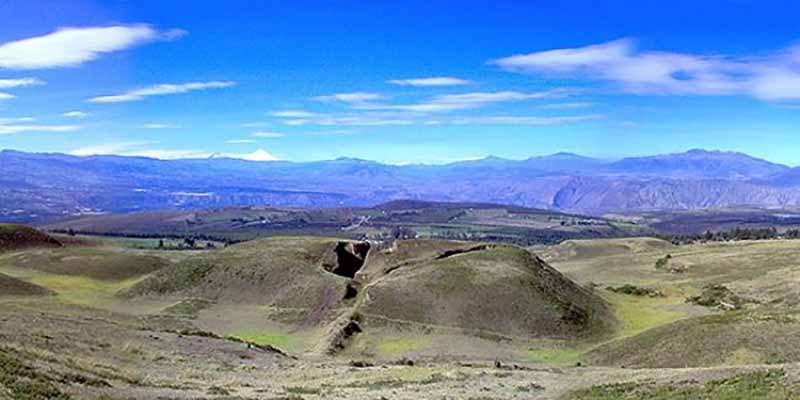 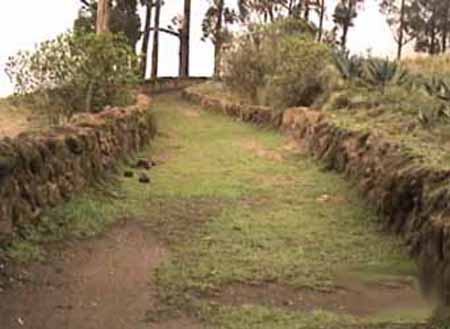 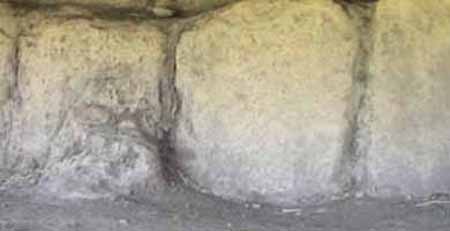 The complex of pyramids and funeral mounds found at Cochasqui is a tangible testimony of a past culture and of pre-Hispanic architecture. Cochasqui is made up of 15 truncate pyramids and about 20 dispersed funeral knolls, all of which are enclosed in a 83,9 hectares area. The pyramids of Cochasqui are considered the most important archaeological site in the Northern Andes of Ecuador.

In 1979, the pyramids of Cochasqui were declared a Cultural Patrimony of Mankind. The Provincial Council of Pichincha was given the task of maintaining the integrity of the archaeological park and furthering scientific research, conservation and restoration.

The history of Cochasqui goes back from year 950 AD to the year 1550 AD, with two well differentiated periods defined by the type of pottery found by archaelogists. The first period, Cochasqui I is characterized by the vasija zapatiforme (shoe shape pot), while, in Cochasqui II, the typical ceramic figures discovered were vasija tripode and the anfora de fondo puntiagudo (amphora of pointed bottom).

Several hypotheses have been formulated in order to explain the nature and purpose of the monumental complex comprising Cochasqui:

- It was a ceremonial-ritual center

- It was a home compound center for native elites (caciques)

- It was an astronomical center of observation.

Presently, the Cochasqui Complex has an open air ethnographic museum which displays various tenants of the Cochasquies' way of life. In addition to the ethnographic display, there is a llama reproduction reserve, a botanical garden specialized in Andean plants with medicinal purposes and a small but informative archaeological museum.

The modern Cochasqui complex is an organic structure striving to diffuse scientific knowledge and promote anthropological tourism. Underlying these efforts is the motivation to conserve and impel an Ecuadorian national identity. The caretakers of the complex also execute projects of socio-economic development for the people of the region, most of whom live a substinence existence.

The pyramids are located 45 minutes north of Quito via the panamerican highway. From the city of Guallabamba, one should take the left fork heading towards Tabacundo. Further along, signs on the highway indicate where to get off in order to reach the pyramids. After getting off the highway, a 15 minute drive along a dirt road takes you to the pyramids.

The pyramids of Cochasqui are most frequently visited during the solar soltices and equinoxes, when local people gather to celebrate the passage of the sun. The solar seasons also indicate the time of sowing and harvesting for the locals. Potatoes, corn, beans and quinua are the essential nutrients for the inhabitants of this part of the world.

Although they may not be as impressive as many of the Inca ruins to be found in Ecuador, the importance of the Cochasqui Pyramid Complex is indisputable. Believed to have been built by Cara Indians between 950 AD and 1550 AD, the 15 clay pyramids are situated on the equator and were the location of various sun-orientated celebrations.

Colorful shamans gather at the sacred site of the pyramids in order to bless the multitudes of people who come and to bless the coming harvests. The winter solstice, celebrated on December 21st, initiates the transit of the sun as it begins its long journey towards the equinox. The sun provides light, chlorophyll and the shelter of warmth to all living things on Earth . The shamans and the locals believe the sun to be the true "giver" of life on our humble planet, and that Cochasqui is a special place to honor the sun.

There is a mystical aura to this place located high in a barren Andean plateau and directly under the equatorial path of the sun. This mysticism comes from the ancient history of a peoples whose past is represented in the form of the pyramids whose shapes eerily penetrate the collective conscious of the observer. In addition, the vast and unrelenting passage of time, is represented here by the sorrounding and watchful Andes and the vegetation coverage of the pyramids. The pyramids hint at our own individual and cultural transience and the immortality of natural history, of which human history is just a part.