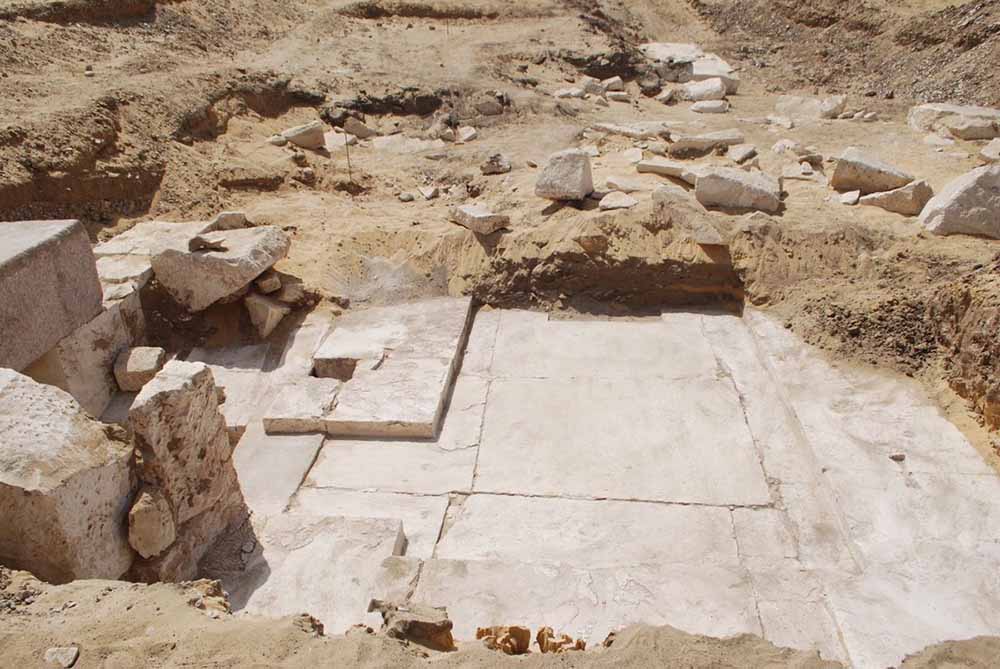 Ameny Qemau was an Egyptian pharaoh of the 13th Dynasty during the Second Intermediate Period. According to Egyptologists Kim Ryholt and Darrell Baker, he was the 5th king of the dynasty, reigning for 2 years over most of Egypt, except perhaps the eastern Nile Delta, from 1793 BC until 1791 BC 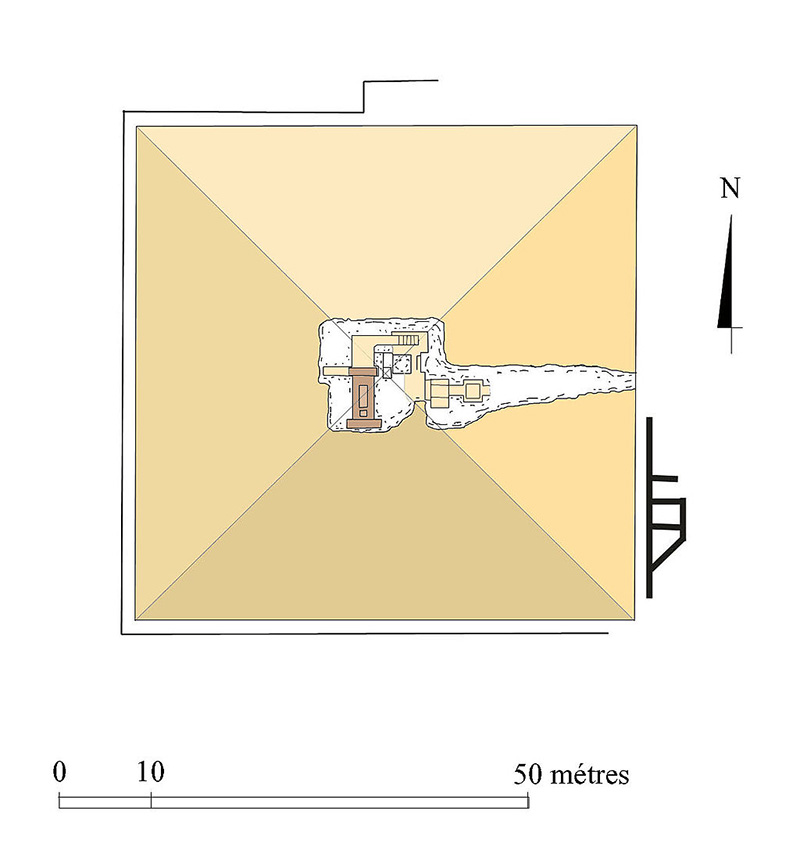 The Pyramid of Ameny Qemau is an ancient Egyptian pyramid located in southern Dahshur. It was constructed c. 1790 BC for Ameny Qemau, the 5th king of the 13th Dynasty during the Second Intermediate Period. The stone constituting its upper structure has been entirely robbed but the damaged substructures remain. The pyramid was discovered by Charles Arthur Muses in 1957 and excavated in 1968. The pyramid originally stood 35 metres (115 ft) high with a base length of 52 metres (171 ft). The burial chamber comprised from a single colossal block of quartzite similar to that of Amenemhat III, with receptacles for the sarcophagus and the canopic jars hewn out of the interior of the block

American expedition in Dahshure, in 1957, discovered a small and heavily damaged pyramid located close to the southeast rim of ancient Lake Dahshure. Broken canopic jars from the site identified the owner as Ameny Kemau (Ameny-Qemau), a little known ruler from the 13th Dynasty during Egypt's Second Intermediate Period. In fact, we know so little about Ameny Kemau that we cannot really even place his order of rule, a not altogether uncommon situation in the intermediate periods. In 1968, Maragioglio and Rinaldi further investigated the structure and refined the pyramids ground plan.

Shortly after, in 1968, Vito Maragioglio and Celeste Rinaldi investigated the architecture of the pyramid. More recently, the remains of the funerary equipment of the king were published by Nabil Swelim and Aidan Dodson.

This pyramid was originally about 50 meters tall (164 ft). While the superstructure is almost completely destroyed, the substructure is better known. The entrance to the structure was in front of the east side, slightly north of its axis. This entrance leads to a corridor that first apparently led through several small chambers and a barrier before reaching a larger chamber with a stairway leading off to the right (north). This short passage lead to another stairway that again angled back towards the west before making a final left 90 degree turn towards the south and the burial chamber.

The burial chamber lay almost exactly on the pyramids vertical axis, and like a number of earlier pyramids, consisted of an enormous quartzite monolith in which the craftsmen cut two niches, a large one for the coffin and a smaller hole for the king's canopic chest. After the internment, a mighty lid that rested on the floor of the antechamber was slid on to the coffer and locked in place by a sideways sliding porcullis slab. Regrettably, these precautions never seemed to foil grave robbers, who in this case plundered the tomb and left only fragments of the canopic chest. 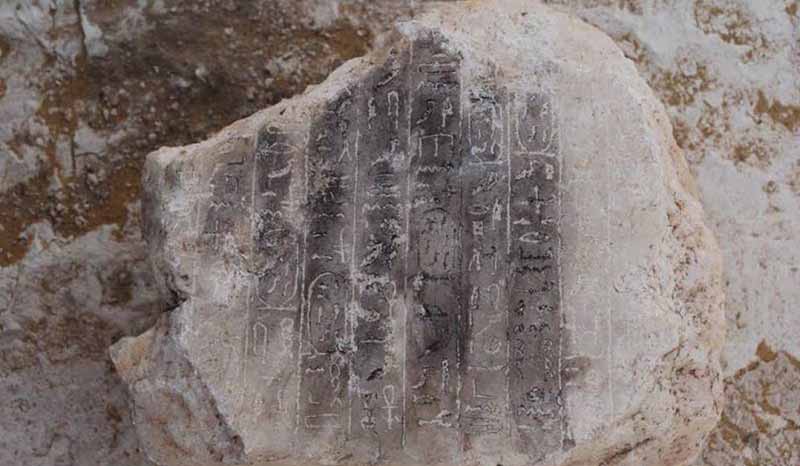