Pyramid of Ahmose I at Abydos 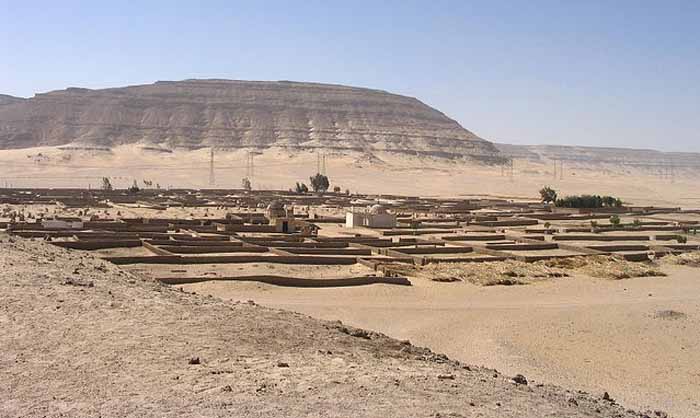 Ahmose, sometimes written as Amosis or Aahmes, meaning "Iah (the Moon) is born") was a pharaoh and founder of the Eighteenth Dynasty of Egypt, classified as the first dynasty of the New Kingdom of Egypt, the era in which ancient Egypt achieved the peak of its power. He was a member of the Theban royal house, the son of pharaoh Seqenenre Tao and brother of the last pharaoh of the Seventeenth dynasty, Kamose.

During the reign of his father or grandfather, Thebes rebelled against the Hyksos, the rulers of Lower Egypt. When he was seven years old, his father was killed, and he was about ten when his brother died of unknown causes after reigning only three years. Ahmose I assumed the throne after the death of his brother, and upon coronation became known as "The Lord of Strength is Ra".

During his reign, Ahmose completed the conquest and expulsion of the Hyksos from the Nile Delta, restored Theban rule over the whole of Egypt and successfully reasserted Egyptian power in its formerly subject territories of Nubia and Canaan. He then reorganized the administration of the country, reopened quarries, mines and trade routes and began massive construction projects of a type that had not been undertaken since the time of the Middle Kingdom. This building program culminated in the construction of the last pyramid built by native Egyptian rulers. Ahmose's reign laid the foundations for the New Kingdom, under which Egyptian power reached its peak. His reign is usually dated to the mid-16th century BC.


The Pyramid of Ahmose was built not as a tomb, but a cenotaph for pharaoh Ahmose I at the necropolis of Abydos, Egypt. It was the only royal pyramid built in this area. Today only a pile of rubble remains, reaching a height of about 10 m.

The pyramid was constructed from sand and rubble and only the usual limestone casing kept the building in shape. It had a base length of 52.5 m (172 ft) and was about 40 m (130 ft) high. The inclination of the sides was 60°.