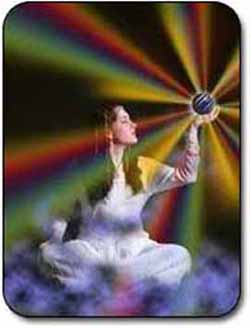 Psychometry is another form of psychic divination using the sense of touch to get mental impression linked to it. Psychometric impressions may come in the form of emotions, sounds, scents, tastes or images. The visions can appear is single flat images, much like a photo, or as animations. As we exist in an electromagnetic energy reality, metal objects often work best.

The term was coined in 1842 by Joseph R. Buchanan, an American physiologist, who claimed it could be used to measure the 'soul' of all things. Buchanan further said that the past is entombed in the present. Buchanan experimented with some students from Cincinnati medical school and found that when certain students where given an unmarked bottle of medicine they had the same reaction as if they had taken the medicine. He developed the theory that all things give off an emanation which contained a sort of record of the history of the object. He believed that objects recorded senses and emotions and these could be played back in the mind of the psychometric scryer.