Can Our Bodies Predict the Future? 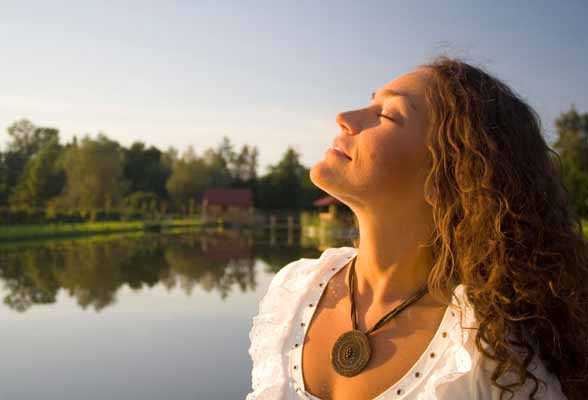 Consciousness is mot limited by physical reality. It can easily move forward in time, see the future, then bring the information back to our timeline where the physical body reacts before an event happens.


Can Our Bodies Predict the Future?   Live Science - November 1, 2012
People's bodies know a big event is coming just before it happens, at least according to a new study. If true, current research suggests something fundamental about the laws of nature has yet to be discovered.

"The claim is that events can be predicted without any cues," said Julia Mossbridge, a Northwestern University neuroscientist who co-authored the study. "This evidence suggests the effect is real but small. So the question is: How does it work?"

Other scientists are skeptical of this interpretation, however. They suggest some bias in which studies get published could play a role in seeing an effect where there is none.

Many studies have shown that physical responses including heart rate, pupil dilation and brain activity change between one and 10 seconds before people see a scary image (like a slithering snake). In most of these experiments, frightening pictures were randomly interspersed with more-neutral ones, so that in theory participants didn't have any clues about which photo would pop up next. But because the finding seemed so unnatural, those studies were understandably met with skepticism.

To see whether the effect was real, Mossbridge and her team analyzed over two dozen of these studies. As part of the analysis, they threw out any experiments in which they saw bias or flaws.

They still found a "presentiment" effect, in which measures of physiological excitement changed seconds before an event. The finding suggests that people's bodies subconsciously sense the future when something important is about to happen, even if the people don't know it.

For instance, if you were a day-trader betting lots of money on one stock, "10 seconds beforehand you might predict your stock tanking," Mossbridge told LiveScience.

The paper doesn't claim that people are psychic or have supernatural or paranormal powers. Instead, the authors believe presentiment is a real, physical effect that obeys natural laws Ń just ones that nobody understands, Mossbridge said.

But others doubt presentiment exists at all.

While the statistical methods used in the study are sound, that doesn't mean presentiment is real, said Rufin VanRullen, a cognitive scientist at the Center for Research on the Brain and Cognition, in an email. "All it means is that there is a statistical trend for scientists who search for these so-called presentiment effects to actually find them," wrote VanRullen, who was not involved in the study.

Instead, it's more likely that the experiments are biased, perhaps unintentionally, in a way the study authors missed, Kyle Elliott Mathewson, a researcher at the University of Illinois at Urbana-Champaign, said via email.

It's also possible that scores of researchers looked for this result, failed to find it and forgot all about it, added Mathewson, who like VanRullen wasn't involved in the study. Those studies would never be published, he said, so the overall effect in the published studies would be biased.

According to the researchers, in order for such bias to explain their results, at least 87 other unpublished studies would need to show no effect. "Between psychology labs and parapsychology investigations, I can imagine this many failed experiments that go unreported easily," Mathewson wrote.