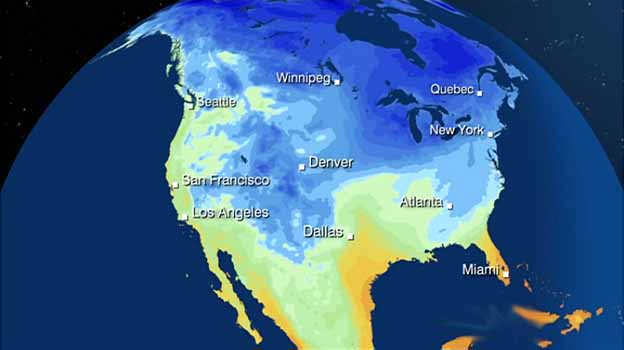 Big freeze shatters North America temperature records   BBC - January 8, 2014
Weather records have tumbled across North America, with freezing temperatures even in the southern US. The most extreme arctic blasts, blamed on a weather pattern known as the polar vortex, were said to have affected nearly 190 million people. In Kentucky, an escaped prisoner turned himself in to get out of the cold. Some parts of the Midwest hit -26C (-14F), as low as the Antarctic coast in winter, and much colder than the inside of a domestic freezer. Temperature records were shattered in states across the US, including Alabama, Georgia, Tennessee, Arkansas, Michigan, Maryland, Ohio, Pennsylvania and New York. It was -17C (1F) in the small town of Hell, Michigan, prompting online jokes that the weather was so bad even hell had frozen over.


David sends us this picture of Lake Michigan with the Chicago skyline in the background.

After three days of bone chilling weather, the end of our deep freeze or polar vortex is in sight in the US after it marched down the length of the nation to the Gulf of Mexico with a glacial momentum that may have seemed unstoppable. Happily its days are numbered, as a southern one-two punch is set to knock the rare arctic blast back to Canada. By the end of the week, temperatures slingshot back to 50° here in NYC, as winter returns to normal across the country. What a roller coaster ride of weather, health, and people's emotions. 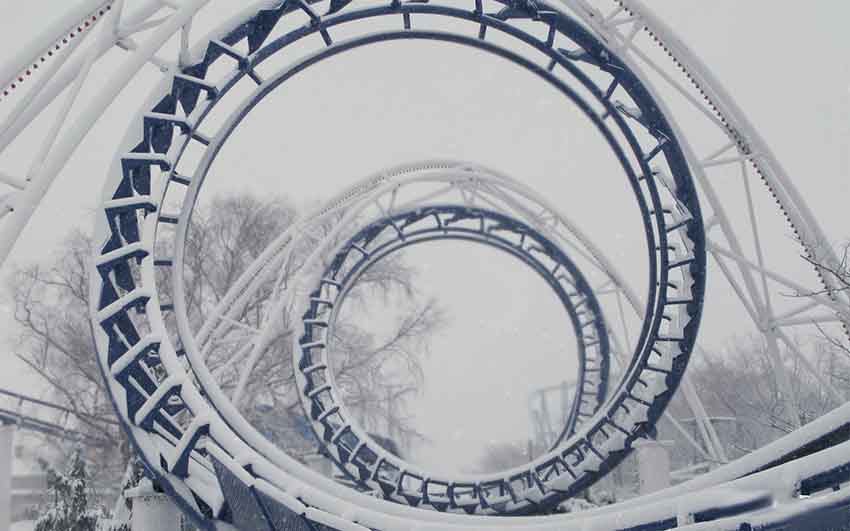