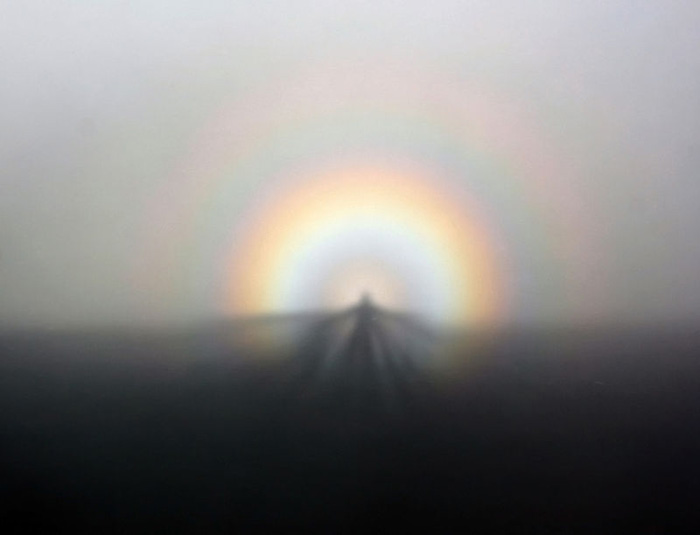 A Brocken spectre also called Brocken bow or mountain spectre, is the apparently enormous and magnified shadow of an observer, cast upon the surfaces of clouds opposite the sun. The head of the figure is often surrounded by the glowing halo-like rings of a gloryŃrings of colored light that appear directly opposite the sun when sunlight meets a cloud of uniformly-sized water droplets.

The phenomenon can appear on any misty mountainside or cloud bank, even when seen from an aeroplane, but the frequent fogs and low-altitude accessibility of the Brocken, a peak in the Harz Mountains in Germany, have created a local legend from which the phenomenon draws its name. The Brocken spectre was observed and described by Johann Silberschlag in 1780, and has since been recorded often in literature about the region. Read more 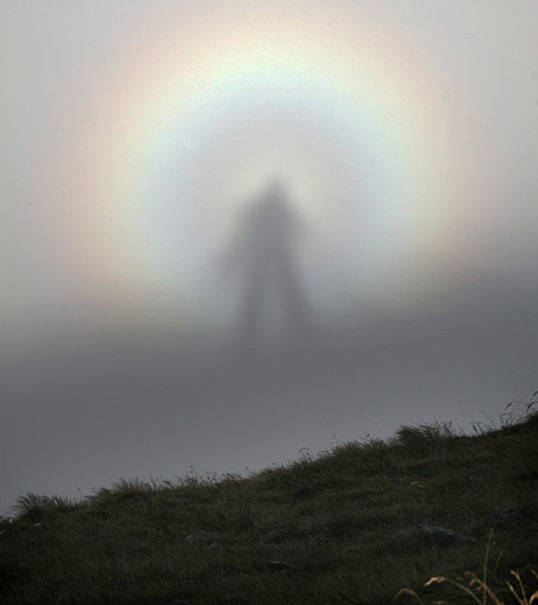 A so-called Brocken Spectre is seen in the Tatra mountains in Zakopane, Poland. A Brocken Spectre is a rare optic phenomenon that can be observed in mountains when an observer standing on higher altitude can see his own shadow cast onto a cloud at a lower altitude below him. The head of the figure is often surrounded by rings of colored light. Among mountain climbers there is a superstition that a person who sees a Brocken Spectre will die in the mountains one day