We all tend to favor this over that - friend over friend - child over child - parent over parent - to judge this or that - or to just go with what and who works best as any given moment of our lives. It's all part of the games of emotions humans came here to experience that generally drive us nuts.

As a stay-at-home Mom, who raised 3 daughters, I tried not to play favorites. I was lucky in that all of my children excelled at everything from academics to sports to creative endeavors - and were healthy and great looking. All were over achievers and wound up professionals doing well in their lives and careers. But I am lucky - genetically and in many other ways.

As a therapist, a psychic, a teacher, and one who studies and reports on human behavioral traits and patterns, my family was far from the norm. Most families are dysfunctional as we are learning through self-help and self-awareness. At least 50% of the population has emotional problems and learning challenges. 80% of what a person does is genetic - the rest culturally influenced - so if you have emotional problems, the odds are your children will inherit them. It's all set up and waiting for you to play it out.

Other considerations with favoritism are the karma between parent and each child. As we all come here programmed for the experiences we attract (have) - most with our biological families - sometimes favoritism is part of that dynamic. A parent will favorite a child whose programming is most in line with what they came here to experience. It's that simple. On the flip side - a child will also favor the parent they are karmically tied to. 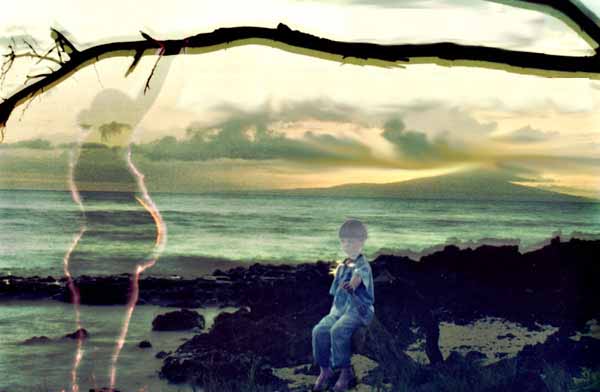 Some parents dream about their child before it is born - or connect in other ways between realities - that set up a pattern of favoritism before the Earth (physical) experience begins.

I've never met anyone who didn't have stories to tell about the relationships within their families - as children or even into adulthood - favoritism a key ingredient especially with larger families.

What can you do? There's generally no pleasing children all the time. Live it the best you can. Make each child proud of something they do. Listen to them. Always let them know you love them for you are all they have ... at least for now. Parenting is never easy.

Were you a favorite child? I was an only child so favoritism was not something I came here to experience.

Also ... if you have a strong ego, clear sense of direction and ability to manifest, and high self-esteem - favoritism doesn't bother you at all no matter what happens in live.


"I love you both in different ways," is what my mother always told my sister and me. I repeat those same words to my own children, but there are times that I do like one of them more than the other. My son is more like me. And, as fair as I try to be, my daughter feels jilted, and believes I love her brother more.

"Every parent has a favorite, or a preference. It is absolutely normal," says psychologist Ellen Weber, author of "The Favorite Child." She also says that parents change their favorites at times.

Stacy, of Los Angeles has a 5-year-old son and a 9-year-old daughter, "I completely favor my son. He is just so much easier, sweeter, and affectionate. My daughter is argumentative, independent and not as affectionate."

When asked if she had been favored as a child, Stacy recalls, "I had a brother. He was mentally ill and violent, I was sweet and well behaved. So yes, I was favored."

Cornell University professor and researcher Karl Andrew Pillemer studies family relationships and says one survey found that parental favoritism is almost the norm. "For example, around 70% of moms surveyed named a child to whom they felt closest and only 15% of children thought their mothers were equally close to all children," says Pillemer.

Paige, 45, mother of two children 6 and 9 of New York, says, "I don't think I do (favor one child) but I worry that I do. I relate more to my daughter, and as a result I worry that I parent the kids differently. Her temper tantrums are something I can relate to, but my son's are more baffling to me."

Pillemer says it's important that parents know the different between favoritism and differential treatment. "Parental favoritism is how the mother or father feels. Mom may like Mary better than Beth or Tommy for a whole bunch of reasons. This is actually normal. We may love our kids in an existential way equally; we would die to save all of them, and we are totally invested in them. But we may click better with one or the other," Pillemer says.

Differential treatment is when parents "obviously give more to one child, spend more time with him or her, and most importantly, are kinder to one child and show more discipline to the other. That's where the problem starts."

But Weber warns the feelings of the child are important, too.

"Favoritism can be about perception," she says. Regardless of whether it is true that you favor one child over another, if you are hearing or sensing that one child feels like the less preferred child, it is important to try to remedy that. She warns that the favored child may also suffer long term harm.

"Favoritism, at its best, can lead to a sense of self confidence; in its worst form it can lead to moral corruption."

Warnings and tips for step-parents

A child who is always indulged and feels that he or she can do no wrong can grow up to have a feeling of entitlement. "They also reenact this dynamic in the workplace and in adult relationships."

Pillemer agrees and adds that studies have found the whole family can suffer when favoritism in shown. "Research shows that sibling relationships are much worse when parents show favoritism, so the family atmosphere is less pleasant. And there are negative effects on kids, from small children, to adolescents, to young adults. These include acting out, anxiety, depression, and a variety of other mental health outcomes."

"I was the golden child," Ken, 45, from Washington says. "I have been told that, on no uncertain terms, by my sisters." He is the only son in a family of three. "My father wanted a boy. When I was little, I didn't feel like I was the favorite. But I needed the most attention of the three of us because I was dyslexic. My parents were very supportive of me."

Ken also says that he and his father were alike in personality and humor. "I also had a different bond with my Dad than my sisters did."

Ken's Dad coached his soccer team when he was a child, which led them to spend a lot of time together. Ken views that as a mutual love of soccer, not as favoritism per say. Yet, he adds "It was different for me. I wasn't the one keeping score, which as the favorite, you don't have to."

Primogeniture reigns in his family, says Dave, 47, who is the middle of three brothers from Washington. Primogeniture refers to the right of the first-born child to inherit the entire estate.

"I didn't realize there was favoritism until my mother passed away 12 years ago. But when she did, everything changed. She was the one who had made an effort to keep everything equal."

Now, although a grown man with children of his own, Dave feels that the inequality his father is showing him and his younger brother by favoring the eldest brother is "fracturing the family core."

Weber suggests that to combat favoritism or differential treatment, parents to be very honest with themselves, or to ask a trusted friend to be a checkpoint for them. If a parent discovers or is told that they tend to always favor one child or is particularly hard on another, they can modify their behavior. If you think you favor one of your children or if you felt the effects of favoritism as as a child, please share about your experience in the comment area below.