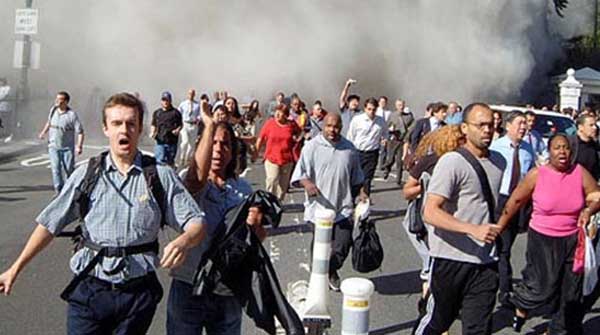 Since 9/11 readers have emailed about dreams and intuitive feelings of transition and end times. These will increase as time goes by and the hologram of our reality comes the closure. Most prophecies refer to this timeline as end times and so it welcome to pass on all levels of experience. The Mayan prophecies of 2012 will probably not play out because we cannot go by dates as time is an illusion.

Prophecies denote this as a time of fear which is definitely on the increased since the events of 9/11. Fear makes people more intuitive so in a strange way it serves a purpose. Fear factor will increase to the end. Some people will heal from the events of 9/11 but others will stay caught up in its grip. Those who have mental illness and substance abuse problems are having panic attacks. The invasion on our soil the safe zone was more than many people could tolerate. It was a personal violation, a rape.

No matter what we think about our government and its leaders, the average person used to feel it would always be there to protect us - the patriarchy - father figure - leader - who protects. That dream has been shattered but this feels just the beginning of government change and upheaval to bring forth the truth about what's really going on behind the scenes. Conspiracy theories will grow through the decade and into the next until reality Fades to Black and the Holographic Illusion of reality and its patterns are fully understood.