This picture of me was originally taken in the summer of 1987 during a past life regression using infrared film. The image is layered in such a way as to understand that my consciousness moved into several consciousness grids simultaneously. There's also appears to be aliens and time travel, but more to the point the Egyptian goddess Nut who seems to be hovering over me. These are perhaps other aspects of my soul's experience. 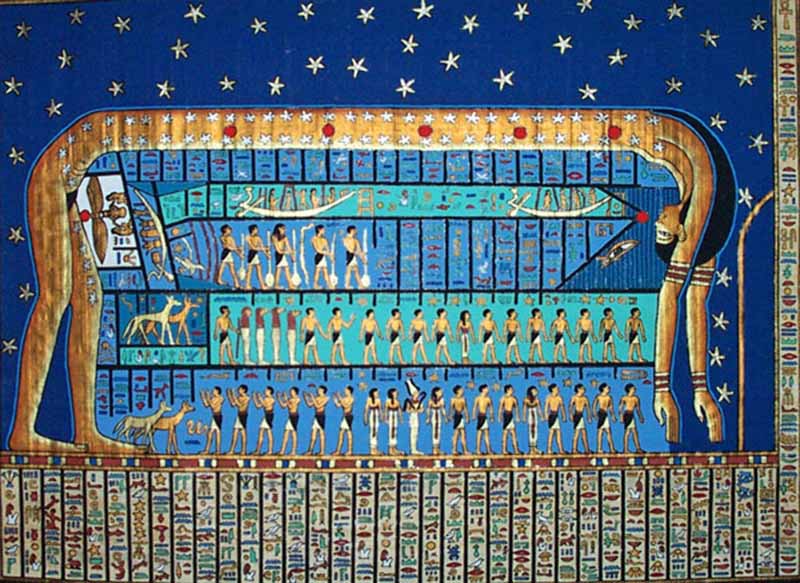 Nut - pronounced Noot - was the Egyptian goddess of the sky and of the heavens. She was the daughter of the air god, Shu and water goddesses, Tefnut. Nut was typically depicted as a woman with blue skin - her body covered with stars - standing on all fours - leaning over her husband, Geb - representing the sky arched over the Earth. 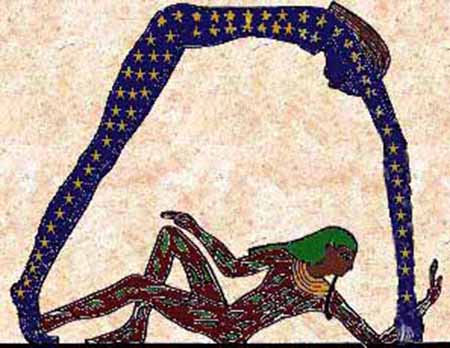 During the day, Nut and Geb are separated, but each evening Nut comes down to meet Geb and this causes darkness. If storms came during the day, it was believed that Nut had some how slipped closer to the Earth. Nut is the barrier separating the forces of chaos from the ordered cosmos in this world. Her fingers and toes were believed to touch the four cardinal points or directions. The sun god Re was said to enter her mouth after setting in the evening and travel through her body during the night to be reborn from her vulva each morning. She gives birth to the sun in the east and swallows the sun in the west. 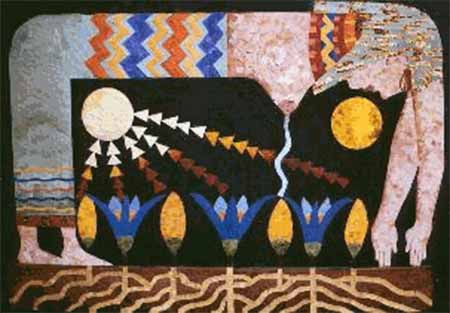 Sometimes she appears in the form of a cow whose body forms the sky and heavens. Nut in this form represents the Great Kau (Cow), the Great Lady who created all that exists, the Cow whose udder gave forth the Milky Way. (Also represented as the cow goddess Hathor.) Nut was considered to be the mother of the sun and the moon. In the form of a great cow her eyes represent the sun and the moon. She is also pictured as a giant sow, suckling many piglets. These piglets represented the stars, which she swallowed each morning before dawn.

Nut is the Mother of all deities. She united with her brother the Earth god Geb, in a tight and passionate embrace until separated by Shu ('air') on the orders of Ra. Ra was annoyed because Geb and Nut had come together without his knowledge or agreement. Expecting that there would be a natural result of their affection, he declared that Nut could not give birth to children on any day of any month of any year. The god Thoth came to Nut's help. He had been playing draughts with the moon and he had won enough of the moon's light to make up five new days. Since these days were not on the official calendar, Nut was able to bear a child on each. Nut arches over the earth morning from between her thighs. She is the arching vault of the heavens, Her body sparkling with starlight. Through Her mouth the Sky-boat of the Sun passes each evening, from her vulva the it re-emerges and the day is reborn each morning. She retains some weather working functions; the thunder is her voice.