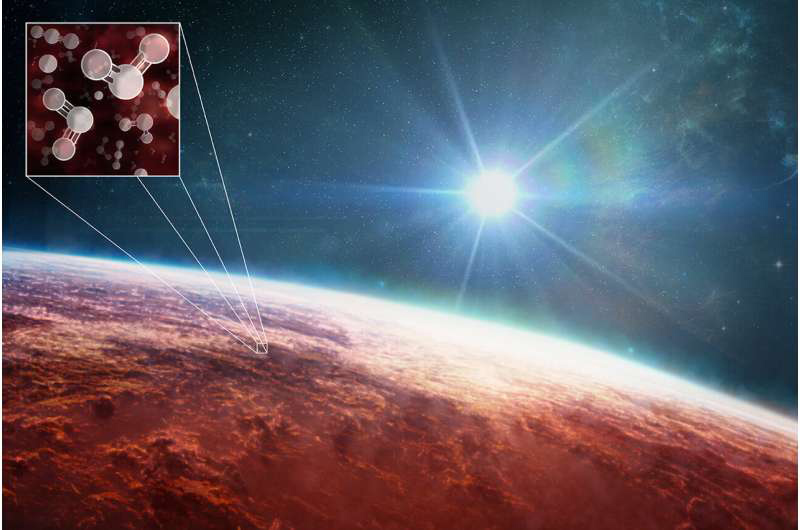 The James Webb Space Telescope (JWST) has just scored another first: a detailed molecular and chemical portrait of a distant world's skies.


An Earth-size planet is careening untethered through the galaxy   Live Science - October 29, 2020
Earth orbits the sun like a ship sailing in circles around its anchor. But what if someone or something cut that ship loose? Unbound from any star or solar system, what would become of a tiny world flying helplessly and heedlessly through interstellar space? What happens when a planet goes rogue? Scientists suspect that billions of free-floating or "rogue" planets may exist in the Milky Way, but so far only a handful of candidates have turned up among the 4,000-or-so worlds discovered beyond our solar system. Most of these potential rogue planets appear to be enormous, measuring anywhere from two to 40 times the mass of Jupiter (one Jupiter is equivalent to about 300 Earths). But now, astronomers believe they've detected a rogue world like no other: a tiny, free-floating planet, roughly the mass of Earth, gallivanting through the gut of the Milky Way. 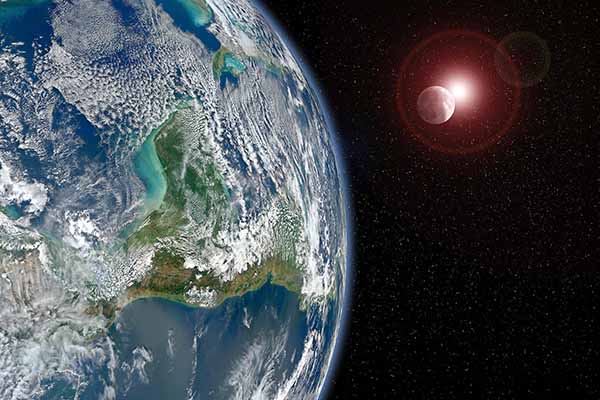 The star Kepler-160 and its companion KOI-456.04 are more reminiscent of the Sun-Earth system than any previously known exoplanet-star pair. Among the more than 4,000 known exoplanets, KOI-456.04 is something special: less than twice the size of Earth, it orbits a Sun-like star. And it does so with a star-planet distance that could permit planetary surface temperatures conducive to life. The object was discovered by a team led by the Max Planck Institute for Solar System Research in Gšttingen. Its host star, called Kepler-160, actually emits visible light; the central stars of almost all other exoplanets, on the other hand, emit infrared radiation, are smaller and fainter than the Sun and therefore belong to the class of red dwarf stars.


This Newfound Alien Planet Has 3 Suns   Space.com - July 27, 2019
Astronomers think they've spotted an alien planet with three suns on its horizon - but that still isn't the most interesting thing about the strange new world's sky. Scientists found the world, which they've dubbed LTT 1445Ab, in data gathered by NASA's Transiting Exoplanet Survey Satellite (TESS). LTT 1445Ab orbits just one of the three stars, all of which are red dwarfs in the latter half of their lives, and the system is about 22.5 light-years away from Earth.