A woman with the head of a vulture 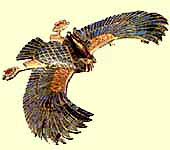 Her primary cult centres are located in the ancient cities of Nekheb (Elkab) and Nekhen (Hierakonpolis), situated across each other on both banks of the Nile in the South of Upper-Egypt.

Her name means "the one of Nekheb". Her most important epithet "the White One of Nekhen" relates her to Hierakonpolis.

She is the personification of the White Crown of Upper Egypt, and as such, she is associated with her Lower-Egyptian counterpart, Uto. Both goddesses are often represented together, crowning the king.

By extension, she is not only the goddess of the White Crown, but also the patron goddess of Upper-Egypt. It is thus not surprising to find Nekhbet, along with Uto, in the Two Ladies name of the royal titulary.

As a vulture-goddess, Nekhbet is the goddess of heaven, sometimes related to the sun when she is called "the Eye of Re" and other times to the moon. She is also the protectress of the king and of the non-royal deceased. As such, she is represented as a vulture extending one wing to the front, the other to the ground, flying above the person she is protecting.

In Egyptian mythology, Nekhbet (also spelt Nechbet, and Nekhebit) was an early predynastic local goddess who was the patron of the city of Nekheb, her name meaning of Nekheb. Ultimately, she became the patron of Upper Egypt and one of the two patron deities for all of Ancient Egypt when it was unified.

She was seen as a goddess who had chosen to adopt the city, and consequently depicted as the Egyptian white vulture, a creature that the Egyptians thought only existed as females (not knowing that, lacking sexual dimorphism, the males are identical). They were presumed to be reproducing via parthenogenesis.

Egypt's oldest oracle was the shrine of Nekhbet at Nekheb, the original necropolis or city of the dead. It was the companion city to Nekhen, the religious and political capital of Upper Egypt at the end of the Predynastic period (c. 3200Đ3100 BC) and probably, also during the Early Dynastic Period (c. 3100-2686 BC). The original settlement on the Nekhen site dates from Naqada I or the late Badarian cultures. At its height, from about 3400 BC, Nekhen had at least 5,000 and possibly as many as 10,000 inhabitants.

The priestesses of Nekhbet were called muu (mothers) and wore robes of vulture feathers.

Later, as with Wadjet, she became patron of the pharaohs, in her case becoming the personification of Upper Egypt. The images of these two primal goddesses became the protecting deities for all of Egypt.

In art, Nekhbet was depicted as the white vulture (representing purification), always seen on the front of pharaohŐs double crown along with Wadjet.

Nekhbet usually was depicted hovering, with her wings spread above the royal image, clutching a shem symbol (representing infinity, all, or everything), frequently in both of her claws. As patron of the pharaoh, she was sometimes seen to be the mother of the divine aspect of the pharaoh, and it was in this capacity that she was Mother of Mothers, and the Great White Cow of Nekheb (depicted as having very large breasts).

The vulture hieroglyph was the uniliteral sign used for the glottal sound including words such as mother, prosperous, grandmother, and ruler. In some late texts of the Book of the Dead, Nekhbet is referred to as Father of Fathers, Mother of Mothers, who hath existed from the Beginning, and is Creatrix of this World.

When pairing began to occur in the Egyptian pantheon, giving most of the goddesses a husband, Nekhbet was said to become the wife of Hapy, a deity of the inundation of the Nile. Despite the early and constant association with being a good mother, in late myths she even was stated to have to adopt children. 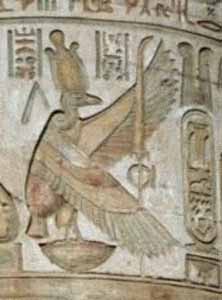 Nekhbet grew to become patron of Upper Egypt, a guardian of mothers and children, and one of the nebty (the 'two ladies') of the pharaoh. "She of Nekhb", named after the town Nekhb (El Kab) , was a local goddess who, with the rise of the pharaohs, became the great goddess of all of Upper Egypt, while the other 'lady', Uatchet (Uatch-Ura, Wadjet), became goddess of Lower Egypt. These two goddesses were linked closely together due to the Egyptian idea of duality - there must be a goddess for both of the Two Lands. Nekhbet became Upper Egypt (the south) personified. 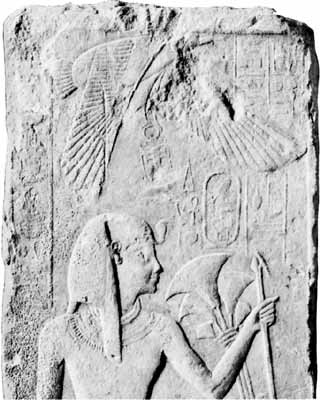 She was depicted as a woman wearing the crown of Upper Egypt or the vulture headdress, a woman with the head of a vulture, as a full snake or as a full vulture with the White Crown on her head, her wings spread in protection while holding the shen (shn) symbol of eternity in her talons. She was often shown with Uatchet, who was shown as an identical goddess - either as a woman or a snake - wearing the crown of Lower Egypt. 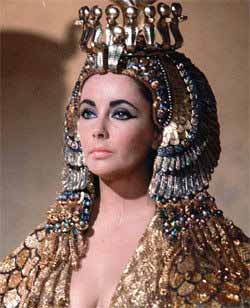 Nekhbet was given the title the 'White Crown', and depicted with this crown, because of her link with the rulership of Upper Egypt. By dynastic times, she was more a personification than an actual goddess and so Nekhbet was often used (with Uatchet) as a heraldic device around the sun disk or the royal name and were part of the royal insignia. The earliest found representation of the nebty title was in the reign of Anedjib, a pharaoh of the 1st Dynasty. From the 18th Dynasty onwards, she began to be represented as protecting the royal women in the form of one of the twin uraei on the headdresses of the queens. 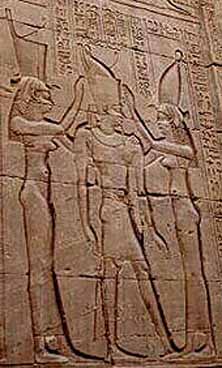 Temple of Horus at Edfu.

Linked to the pharaoh and the crown, she often appears in war and offertory scenes, in vulture form hovering over the head of the pharaoh, holding the shen symbol and the royal flail. Yet she also is shown sometimes as a divine mother of the pharaoh, suckling him herself. It was in her mothering role that she was known as the 'Great White Cow of Nekhb', where she was described as having pendulous breasts. She was seen as the pharaoh's own protective goddess, right from his birth until his death.

It was mostly during the later times that she was venerated as a goddess of birth, specialising in the protection and suckling of both the gods and the pharaohs. Unlike Heqet and Taweret, she was never a popular goddess of the people due to her very close association with rulership. It was only during the New Kingdom that the people started worshiping her as a protector of mothers and children as well as being the goddess of childbirth. Until then, she had strictly been a protector of the pharaoh.

Nekhbet was thought to be the wife of Hapi, in his Upper Egyptian aspect. She was also linked to Horus in his role of god of Upper Egypt. Due to her vulture form, she was linked to the goddess Mut, the mother goddess and wife of Amen. Both Mut and Nekhbet were a particular type of vulture - the griffon vulture (Gyps fulvus). It was the griffon vulture that was usually related to the goddesses and to royalty.

Yet she also had a fierce side, as most Egyptian protective deities did. She was linked to war and combat. In many war scenes, it is she who hovered above the pharaoh, protecting him from his enemies. In the story of Horus and Set, when Horus is trying to find and rout the followers of Set, Horus pursued them in the form of a burning, winged disk, attended by both Nekhbet and Uatchet as crowned snakes, one on each side of him.

In this form, she was given the title 'Eye of Ra', and was thus linked to the other goddesses who took this title - Bast, Tefnut, Sekhmet, Hathor, Isis, and her 'twin' in duality, Uatchet.

A temple of Nekhbet was built at Nekhb, along with the temple's birth house, smaller temples, the temple's sacred lake and some early cemeteries. It is possible that it was first built during the Early Period, but major building projects were started during the 18th Dynasty. The remains of the temple, though, belong to the works of the pharaohs of the 29th and 30th Dynasties. Nekhbet was venerated at this temple, inside the town of Nekhb itself, throughout most of Egypt's long history.

From local goddess of a predynastic town to the goddess of Upper Egypt, Nekhbet became one of Egypt's symbols. From the personal protector of the pharaoh and she who bestowed the white crown to the pharaoh, she became the symbol of rulership in ancient Egypt. And from the wet nurse of pharaoh to the guardian of mothers and infants, she took on the role of protector, she moved from the pharaoh's own goddess to one who looked after mothers and children through the whole land. She was worshiped as a goddess as well as being the personification of the south, the vulture goddess who was one half of a manifestation of the idea of duality that was a basis of ma'at for as long as the pharaohs ruled Egypt. She was more than just a goddess - she was half of the land of Egypt itself.