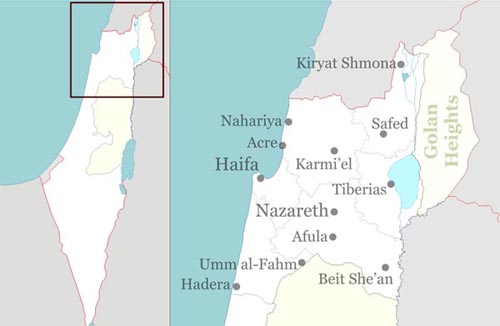 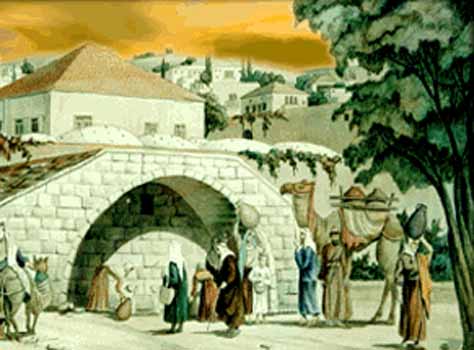 Nazareth is the largest city in the North District of Israel. Nazareth is known as "the Arab capital of Israel"; the population is made up predominantly of Arab citizens of Israel, the majority of whom are Muslim. In the New Testament, the city is described as the childhood home of Jesus, and as such is a center of Christian pilgrimage, with many shrines commemorating biblical events.

Archaeological research revealed a funerary and cult center at Kfar HaHoresh, about two miles (3 km) from current Nazareth, dating back roughly 9000 years (to what is known as the Pre-Pottery Neolithic B era). The remains of some 65 individuals were found, buried under huge horizontal headstone structures, some of which consisted of up to 3 tons of locally-produced white plaster. Decorated human skulls uncovered there have led archaeologists to believe that Kfar HaHoresh was a major cult centre in that remote era.

According to the Gospel of Luke, Nazareth was the home village of Mary and also the site of the Annunciation (when Mary was told by the Angel Gabriel that she would have Jesus as her son). In the Gospel of Matthew, Joseph and Mary resettled in Nazareth after fleeing to Egypt from their home in Bethlehem. The hometown of Joseph was Bethlehem.[Mt. 1:18-2:23] The differences and possible contradictions between these two accounts of the nativity of Jesus are part of the Synoptic Problem. Nazareth was also where Jesus grew up from some point in his childhood. However, some modern scholars argue that Nazareth was also the birth place of Jesus.

Jesus spent his boyhood years in Nazareth before beginning his ministry when he was about 30. After moving his home to Capernaum, Jesus returned to teach in the synagogue of Nazareth twice more, but was rejected both times. On one occasion the townspeople were so outraged at Jesus that they tried to throw him off a cliff to his death.

After his Death and Resurrection in Jerusalem the people of Nazareth kept alive the tradition of the house where the Annunciation took place. A site of such importance could not remain unknown to the early Christians and above all to the next of kin of the Lord, of Mary and Joseph. It is thanks to them that today we can visit Nazareth and bow in silence to hear the "voice" announcing "Hail Mary". It is thanks to them that you can kneel down and in silence meditate about the great "mystery of love" that evolved on and around the unknown town. 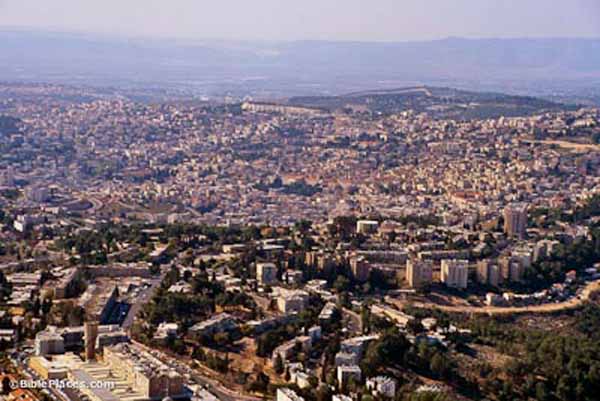 Today Nazareth is home to more than 60,000 Israeli Arabs, and Upper Nazareth is home to thousands more Jewish residents, and the political and administrative capital of Galilee. On the outskirts of the historic town a "New Nazaret" has grown. Dominating the skyline of this lowlying town is the dome over the site of the Annunciation, a gem of architecture which the Franciscans, through the generous help of the christians from all over the world has put up to mark this holy place. Nazareth