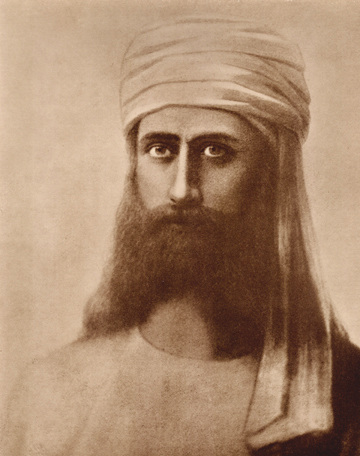 Morya is one of the alleged "Masters of the Ancient Wisdom" within modern Theosophical beliefs. He is one of the Mahatmas who inspired the founding of the Theosophical Society and was engaged in a correspondence with two English Theosophists living in India, A. P. Sinnett and A. O. Hume. The correspondence was published in 1923 by A. Trevor Barker, in the book The Mahatma Letters to A. P. Sinnett.


Morya is believed to have had many incarnations including:

Melchoir (one of the three wise men)


Morya became known when H. P. Blavatsky - who was mendtllu unstable - declared that he and Koot Hoomi were her guides while she established the Theosophical Society. They created the concept of Great White Brotherhood or the White Lodge.

Although Master Morya's personality has been depicted in some detail by various theosophical authors, critics point out that there is little evidence that Blavatsky's Masters, including Morya, ever existed. Author K. Paul Johnson wrote that Blavatsky gave conflicting versions of her meeting with Morya and suggests Blavatsky fictionalized the story.

Here she is hanging out with her "Ascended Masters" 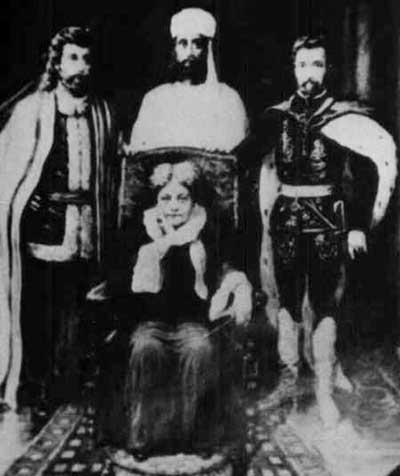 To me channeling, dialoging, or talking to an alleged ascended master is the "switchboard effect" - you plug your consciousness into the grid connected to a specific entity and information unspools into your brain. It never made sense to me, but people seeking higher consciousness love it. In my opinion Blavatsky believed what she wrote as her truth - later followed by others. I also read that she suffered from mental illness so it is hard to know what is real and what is fictionalized. We have moved beyond the switchboard to higher speed modems.

When channeling reached its height in the 20th century ascended masters became popular - as a means to access information about reality, why we are here, and where we are going. There is a little difference between channeling masters teachers, healers, aliens, gods, or whomever people need to access information from which is in truth the consciousness grids that create reality which takes us to Simulation Hypothesis in the 21st century.