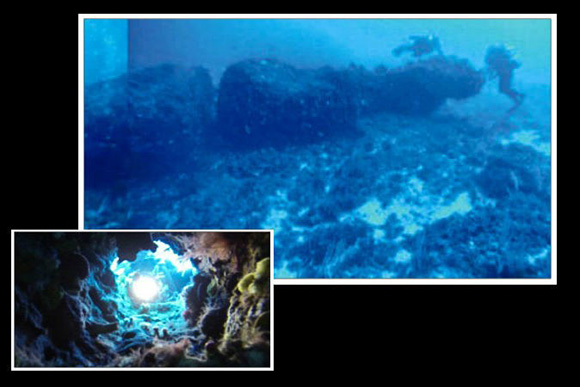 
At least 9,300 years ago, Stone Age hunter-gatherers in a now-submerged area of the Mediterranean Sea accomplished a feat beyond what today's experts thought possible for the time: they cut a 15-ton limestone pillar with precision, drilled holes in it and transported it nearly 984 feet (300 meters). The monolith is 39 feet (12 meters) long.

Oceanographers studying the Mediterranean sea floor in the Sicilian Channel between Tunisia and Sicily in 2012 found the monolith 131 feet (40 meters) deep. In a new paper in the Journal of Archaeological Science, the researchers say this area became completely submerged about 9,300 years ago, give or take a couple hundred years. Before that, the area was shallow sea with an archipelago of several islands about halfway between the island of Sicily and the North African coast. 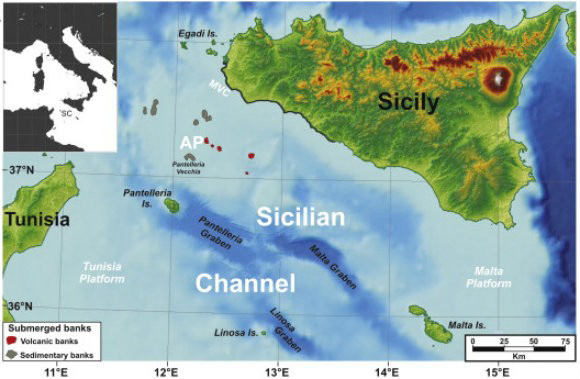 So it is assumed the pillar was carved at least 9,300 years ago. Researchers were able to date the stone of the monolith by extracting shell fragments from it. They found it has the same composition and age as limestone about 330 yards away, suggesting it was transported this distance.

The researchers say the discovery of this submerged pillar may require scholars to rethink the idea of 'technological primitivism' among hunter-gatherers. This discovery provides evidence for a significant Mesolithic human activity in the Sicilian Channel region. Several factors lead them to believe the monolith or stone column was cut by humans and was not shaped by nature. They write that the monolith has a regular shape and three regular holes of similar diameter. It is composed of limestone of a nature similar to rocks not far away from where it was transported, but it differs from the rocks in the immediate vicinity.

The presence of the monolith suggests extensive human activity in the area. It was cut and extracted as a single stone from the outer rectilinear ridge situated about 300 m [984 feet] to the south, and then transported and possibly erected. From the size of the monolith, we may presume that it weighs about 15 [tons].

They did not speculate about the function of the monolith. But they assume it was in an important area, which is about halfway between Sicily and Tunisia. Sicily was inhabited possibly between 17,000 and 27,000 years ago, when there was a land bridge from the Italian mainland.

The discovery of the submerged site in the Sicilian Channel may significantly expand our knowledge of the earliest civilizations in the Mediterranean basin and our views on technological innovation and development achieved by the Mesolithic inhabitants, the authors wrote. The monolith ... made of a single, large block, required cutting, extraction, transportation, and installation, which undoubtedly reveals important technical skills and great engineering.

The researchers even went so far as to state, "The belief that our ancestors lacked the knowledge, skill, and technology to exploit marine resources or make sea crossings, must be progressively abandoned. The recent findings ... have definitively removed the idea of 'technological primitivism' often attributed to hunter-gatherer coastal settlers."