Mindfulness is another healing tool that has to do
with focusing consciousness and bringing your
attention to what's happening in the present moment.
Meditation alters one's perception of time. 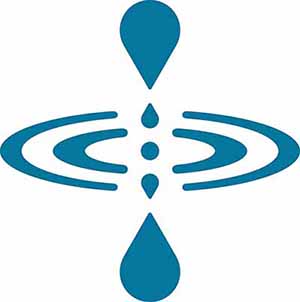 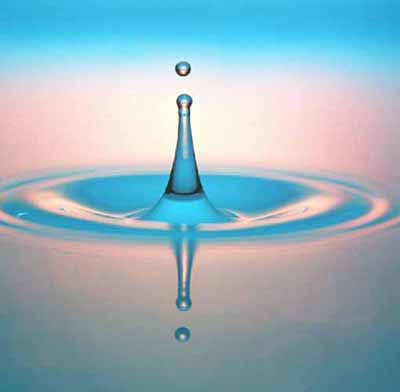 
Mindfulness is the focusing of attention and awareness, based on the concept of mindfulness in Buddhist meditation, though not inherently religious, and is often taught independent of religion. Modern clinical psychology and psychiatry since the 1970s have developed a number of therapeutic applications. Despite methodological weaknesses, the research on the application of mindfulness practices is promising. Research suggests that mindfulness practices are useful in the treatment of pain, stress, anxiety, depressive relapse, disordered eating, and addiction. There are also studies looking into the benefits of mindfulness for those who do not suffer from these disorders, such as Mindfulness-based stress reduction. In the U.S. a broad variety of organizations offer training in mindfulness.

The first component of mindfulness involves the self-regulation of attention so that it is maintained on immediate experience, thereby allowing for increased recognition of mental events in the present moment. The second component involves adopting a particular orientation toward one's experiences in the present moment, an orientation that is characterized by curiosity, openness, and acceptance. Read more ... 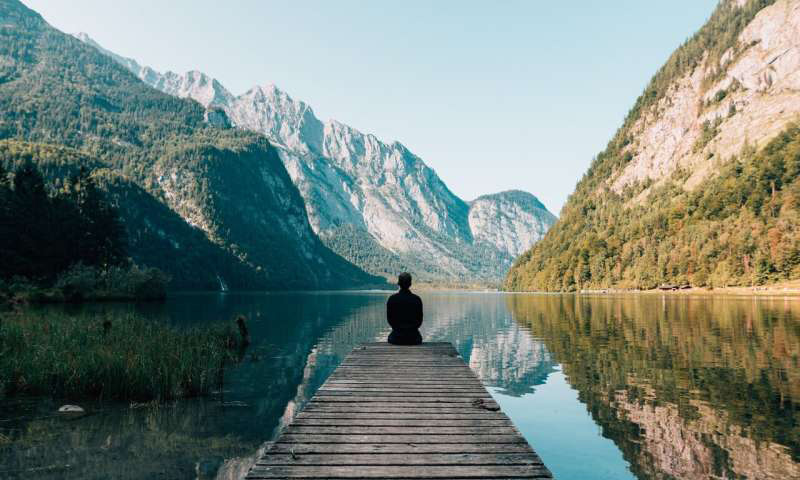 Be mindful: Study shows mindfulness might not work as you expect
Medical Express - November 16, 2020

From Ellie: "Mindfulness" is another way of saying "focus". In metaphysics and healing-and-energy people tend to come up with new expressions for the simplest of explanations. How many years have you been searching in the paradigms of metaphysics? Along the way we have all become therapist, counselors, life coaches in our on right. We know we need to be healthy in body, mind, and soul but we also know that our programming often dictates the opposite to challenge our emotions. You can't escape your DNA programming but you can understanding the nature of reality and where we are going. Simulation Theory 101. 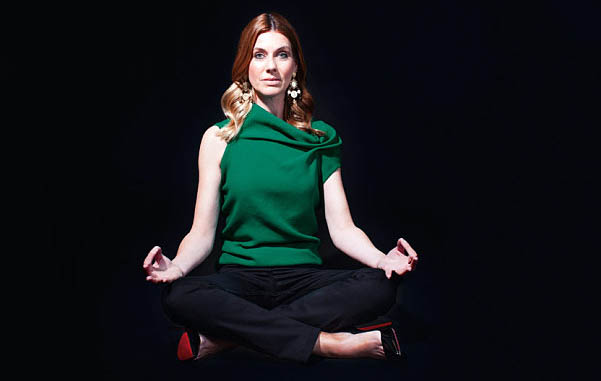 How mindfulness plays havoc with memory   The Telegraph - September 10, 2015
The practice can disrupt the brain's ability to tell the difference between real and false memories, scientists find. Mindfulness, the form of meditation embraced by business leaders, celebrities and the NHS, might not be so beneficial for the mind after all, according to research. The practice, which emphasizes paying deliberate attention to the present moment, can implant false memories, a study found. Participants who engaged in a 15-minute meditation sessions were less able to distinguish between words they had seen written down, and those they had only thought about in their heads. 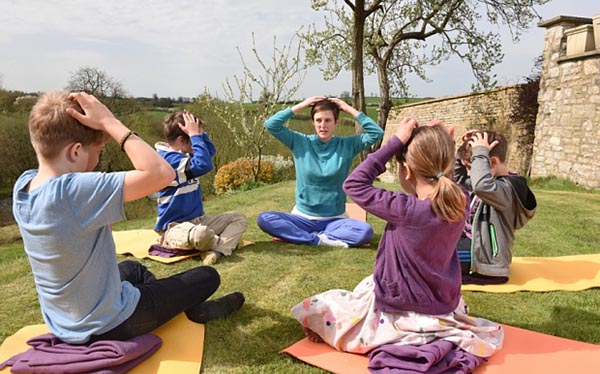 Mindfulness is stopping the world from thinking, warns Oxford academic   Telegraph - May 26, 2015
People are wasting valuable thinking time on mediation and mindfulness and should stop trying to clear their heads, an Oxford University academic has claimed. Theodore Zeldin said too many people were avoiding using their brains and instead escaping into a state of blank mental oblivion. Mindfulness has been widely championed for inspiring creative thought, lowering depression and improving physical health and is even recommended by the NHS. Dr Zeldin said the practice was distracting people form discovering more about other people and the world around them, and encouraged them to instead seek to make new relationships with those who shared different views. He said the world needed to move away from an era of self-discovery.

Cultivating Mindfulness to Help Sleep   Huffington Post - March 15, 2015
Talk of mindfulness -- and its capacity to improve health and well being -- seems to be everywhere these days. From stress reduction, to exercise, to eating and weight management, mindfulness practices are increasingly being recognized for their therapeutic benefits. Another benefit to mindfulness? Practicing mindfulness can also improve sleep.

First things first: what, exactly, is mindfulness? Mindfulness is a practice of gently focusing one's attention and awareness on the present moment. In a mindful state, we allow ourselves to be aware of any thoughts, feelings, and physical experiences that occur, as well as to be aware of the environment that surrounds us. This moment-to-moment awareness is accompanied by a non-judgmental acknowledgement of any and all thoughts and feelings. When we practice mindfulness, we accept all thoughts and feelings as they come and go, assigning no judgment or criticism to them -- or to ourselves for having them. In a mindful state, with our focus on the present moment, we look neither forward to backward. We don't anticipate what is to come in the future, and we don't re-live the past.

In the past few decades, research on meditation and other mindfulness practices has flourished, shedding light on both the way that mindfulness affects the brain and its physical and mental health benefits. Personality scientists are forging new insights about how mindfulness affects human motivation and behavior, alongside health and wellbeing. Last week, some of the world's leading mindfulness researchers presented new studies highlighting outcomes of meditation at a symposium on mindfulness at the Society for Personality and Social Psychology's annual conference in Long Beach. Based on these new findings in social and personality psychology, here are five things you never knew mindfulness could do for you.

1. Make you a kinder person
2. Learn to forgive
3. Calm your neuroses
4. Unravel unconscious racial biases
5. Restore your sense of wonder. 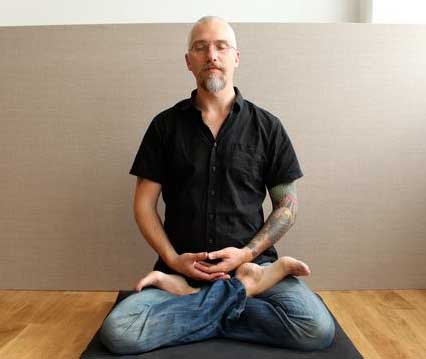 There's a new article making the rounds about Mindfulness (focus) and depression. I can't say as I agree with the findings. Meditation can slow the brain's computer down but depressions is a very serious universal disease and requires professional help and most often meds. Look at the man in the photo from the article. Is this someone I would go to for help? He most likely eats only organic food and and is into that self-help world of wounded souls ... etc. etc. etc. You know the drill.

Mindfulness treatment as effective as CBT for depression and anxiety   Epoch Times - November 28, 2014
Group mindfulness treatment is as effective as individual cognitive behavioral therapy (CBT) in patients with depression and anxiety, according to a new study from Lund University in Sweden and Region Skane. This is the first randomized study to compare group mindfulness treatment and individual cognitive behavioral therapy in patients with depression and anxiety in primary health care. The researchers, led by Professor Jan Sundquist, ran the study at 16 primary health care centres in Skane, a county in southern Sweden. They trained two mindfulness instructors, from different occupational groups, at each primary health care centre during a 6-day training course. 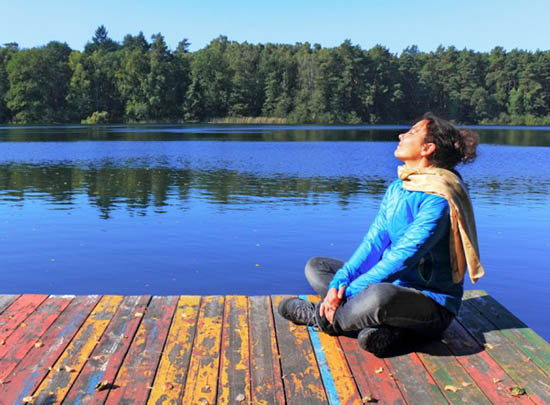 Mindfulness: How to Be in the Moment ... Right Here, Right Now

You might begin to notice the variety of sights and sounds in your environment. Within your space you can then become aware of your body, its posture and all of its sensations such as those coming from skin, muscles, organs and so on. Take this moment to tune into your breath, noticing the natural process of breathing in and out. Notice the sensations and movements associated with breathing - in your lungs, chest and abdomen, for example. 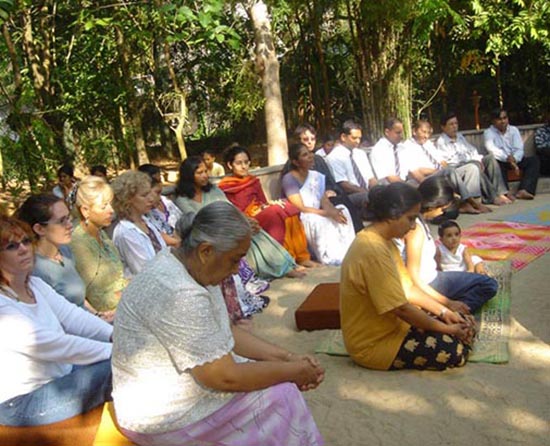 New published research has shown that mindfulness meditation has the ability to temporarily alter practitioners' perceptions of time - a finding that has wider implications for the use of mindfulness both as an everyday practice, and in clinical treatments and interventions.

Led by Dr Robin Kramer from Kent's School of Psychology, the research team hypothesized that, given mindfulness' emphasis on moment-to-moment awareness, mindfulness meditation would slow down time and produce the feeling that short periods of time lasted longer.

To test this hypothesis, they used a temporal bisection task, which allows researchers to measure where each individual subjectively splits a period of time in half. Participants' responses to this task were collected twice, once before and then again after a listening task. By separating people into two groups, participants listened for ten minutes to either an audiobook or a meditation exercise designed to focus their attention on the movement of breath in the body. The results showed that the control group (audiobook) didn't change in their responses after the listening task compared with before. However, meditation led to a relative overestimation of durations i.e. time periods felt longer than they had before.

The reasons for this have been interpreted by Dr Kramer and team as the result of attentional changes, producing either improved attentional resources that allow increased attention to the processing of time, or a shift to internally-oriented attention that would have the same effect. Findings represent some of the first to demonstrate how mindfulness meditation can alter the perception of time. Given the increasing popularity of mindfulness in everyday practice, its relationship with time perception may provide an important step in our understanding of this pervasive, ancient practice in our modern world.

The benefits of mindfulness and mindfulness-based therapies in a variety of domains are now being identified. These include decreases in rumination, improvements in cognitive flexibility, working memory capacity and sustained attention, and reductions in reactivity, anxiety and depressive symptoms.

Mindfulness-based treatments also appear to provide broad antidepressant and anti-anxiety effects, as well as decreases in general psychological distress. As such, these interventions have been applied with a variety of patients, including those suffering from fibromyalgia, psoriasis, cancer, binge eating and chronic pain.